Coming out of left field, Polish development studio Wild Hog recently sent out a press preview of their first PC title, Hard Reset.  The cyber-punk first person shooter sends the player into a chaotic world filled with nasty robots and other crazy beings.  The game takes place in Baezor City where the future does not look very hopefully for human life.  You are Major Fletcher, a hard nosed security officer who is sent into the field to uncover the strange disturbances going on in the city.  Let’s take a look at what we liked so far about the game and what fell a little short.

What We Liked So Far

The world of Hard Reset is just a pleasure to look at.  As you stroll through Baezor City it really feels like you are in a world ready to collapse any second.  The city’s streets are full of neon and 50’s futuristic nostalgia.  There are video screens everywhere with some displaying news reports and messages.  During the press demo we saw a few different environments and the indoor sets were just as eye catching.  A run down hospital filled with gadgets and dilapidated rooms.  The overall art style really puts you in the zone and engages you in the story.

As you kill objects and enemies, you are rewarded with pickups that scatter about on the floor.  These can range from weapon ammo, to Nano’s.  Nano’s are important parts of the game as throughout the level are pods that let you customize your armor and weapons.  The interface for these pods is simple as it keeps you right in the game without taking you to another menu.  You use your mouse to select these computer screens to change your shield ability or upgrade a weapon.  the part I liked the most was the way weapon upgrades work in the game.  In most FPS games, weapons are found as pickups.  In Hard reset, you have an energy weapon and an ammo weapon.  as you upgrade them with Nano’s it changes their ability via the mouse wheel.  You can switch from a shotgun to a machine gun on the fly just by scrolling in battle.  This worked very well and was a really cool feature.

When you are fighting robots sometimes energy or ammo is just not enough to keep you safe.  I can’t tell you how many times I have tried to blow up a robot with a gun only to have the bullets ping off their armor like nothing.  The world of Hard Reset is filled with little gadgets that will keep those bad guy robots at bay.  If you have a pack of robots running at you there just might be a good chance you can blow up a computer terminal that will fire an electrical shower in their path.  This is not only a great escape but a hell of a lot of fun to watch.  It allows the player to plan out escape roots and traps as they try and best their foes.  Just do yourself a favor and don’t get caught in the electric streams.

Bad Guys Are Too Similar:

When your main enemy is a robot there really is not much you can do in the way of variation.  This is a bit nit picky but throwing waves and waves of the same robots after you can get a bit boring.  Perhaps it was just in the demo and the later levels oft he game will introduce a wider variety of bad guys.  The first feeling you get when one of the monstro robots comes charging after you is pretty shocking.  This gets a little more predictable as there are one or two in each level coming your way.

The short time I had with Hard Reset left me wanting more.  In the age of console FPS games, Hard Reset is a surprising gem that I look forward to playing when it releases.  There is a public demo out now and I suggest that everyone give it a try.  Look for Hard Reset when it hits this September. 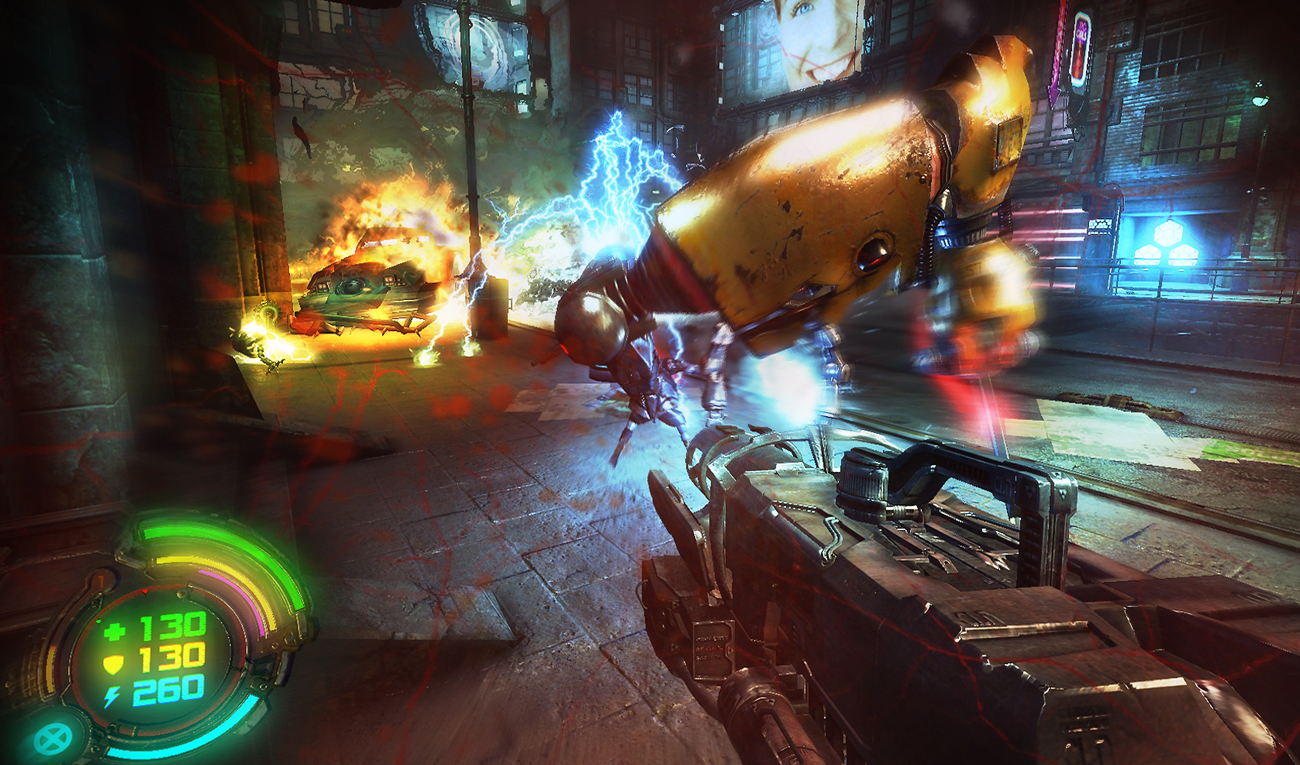 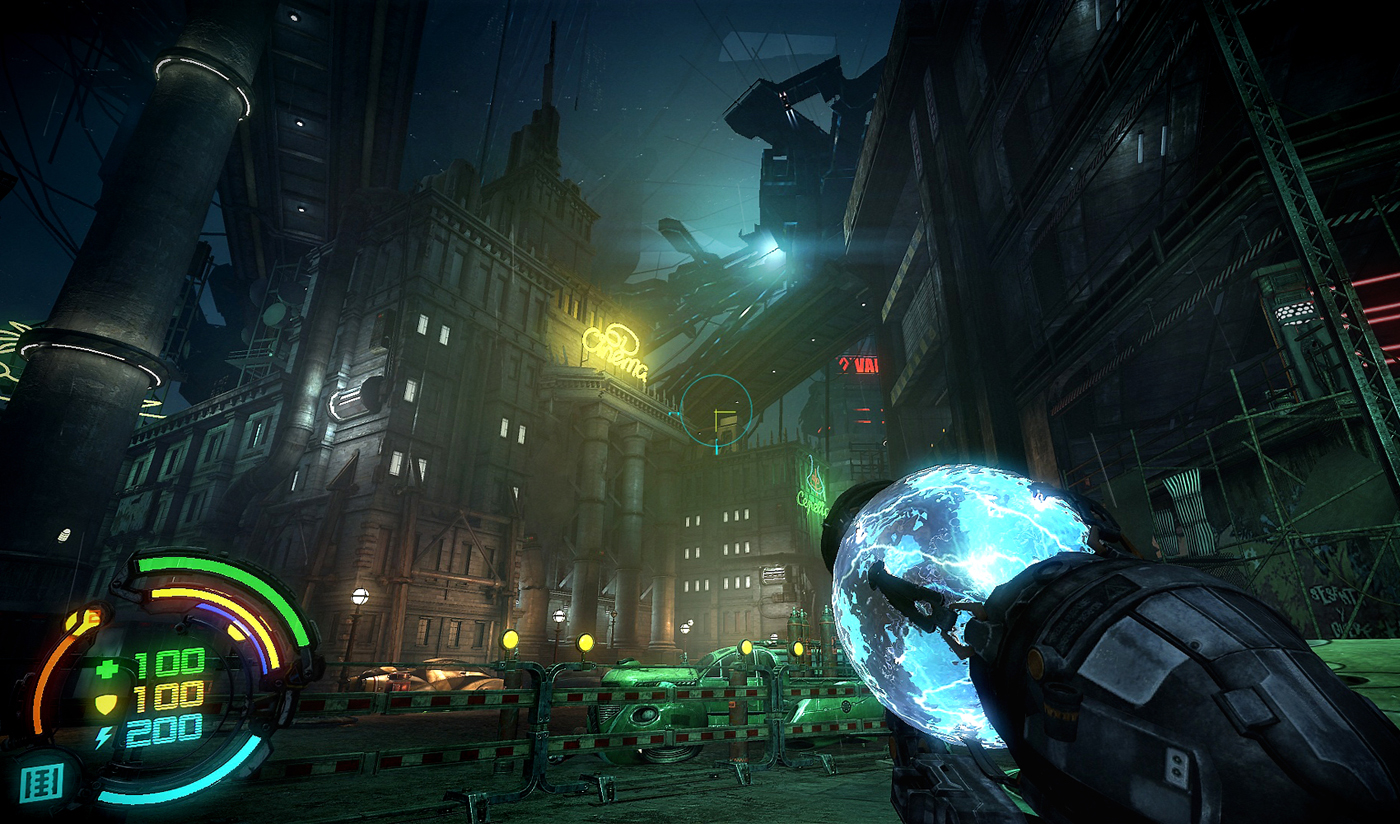 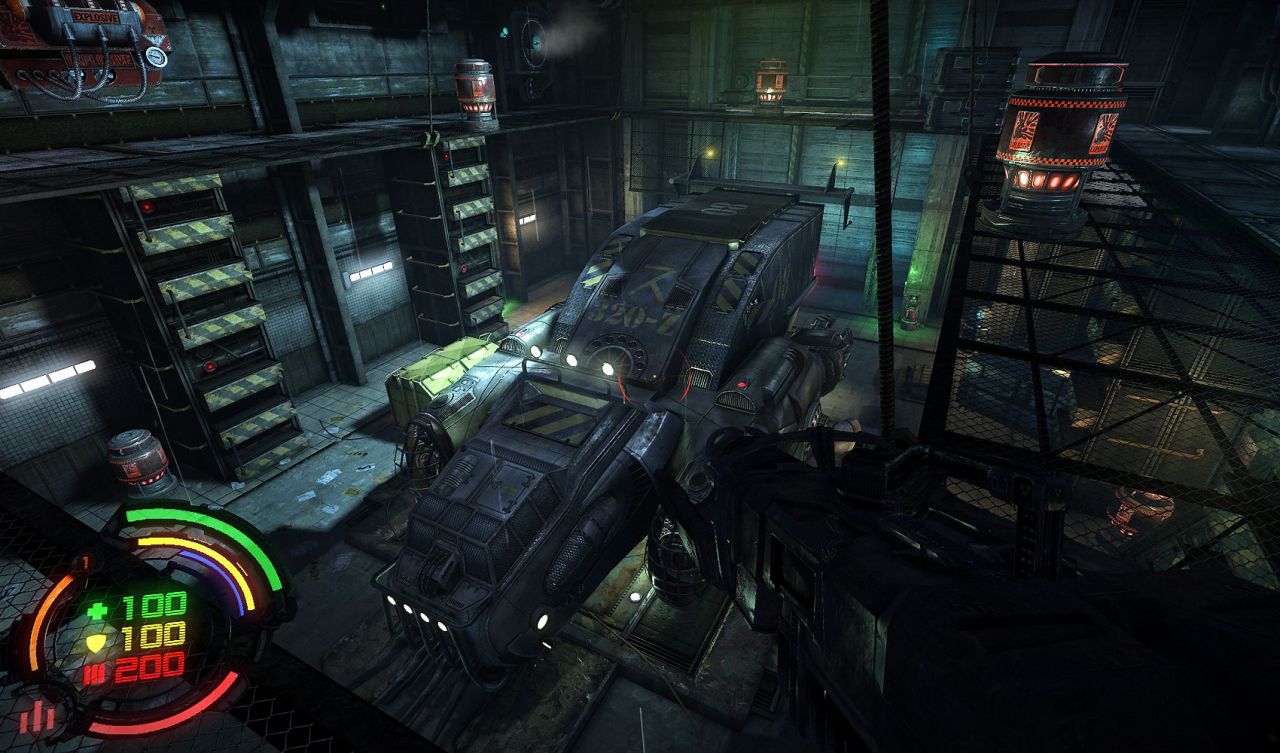