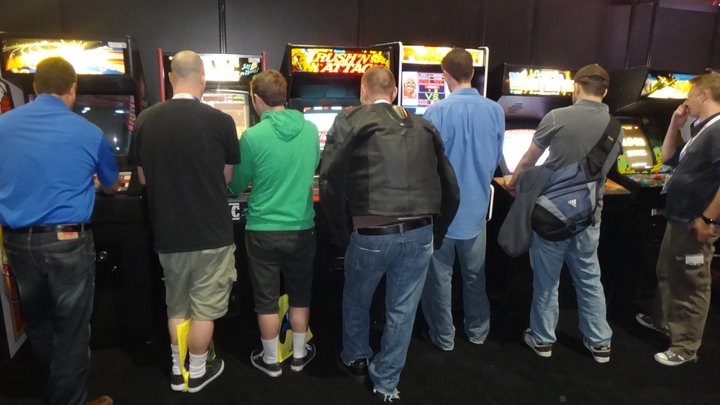 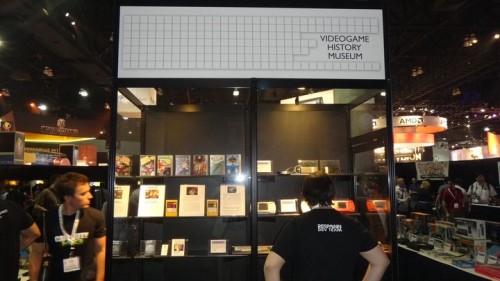 The museum was founded by John Hardie, Sean Kelly, and Joe Santulli, the creators of the Classic Gaming Expo. Long before there was mainstream interest in “classic” or “orphaned” games, each had been privately gathering as many physical artifacts, memorabilia, and information as possible. Everything began to come together with the publication of the Digital Press Collector’s Guide which is recognized as the blue book standard of classic videogame information and rarity and is published by museum founder Joe Santulli. A physical museum display was first seen at Classic Gaming Expo in 1999 which essentially spawned the awareness of not just the forgotten games themselves, but the importance that they never be forgotten again or even worse, lost forever. Through the relationships forged with hundreds of former and present game designers, their generous donations as well as personal acquisitions, the unparalleled archive that was displayed in the Videogame History Museum was truly a sight to see! 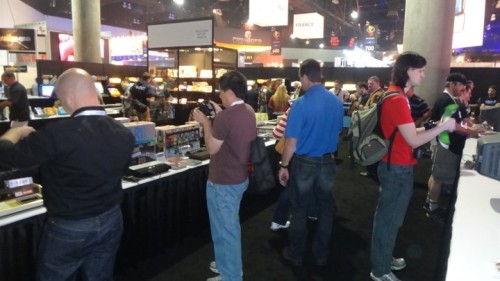 The Video Game History Museum  returned to E3: Electronic Gaming Expo  at South Hall Booth #601 and gave a glimpse of the future content of the Videogame History Museum.  At E3 they featured: 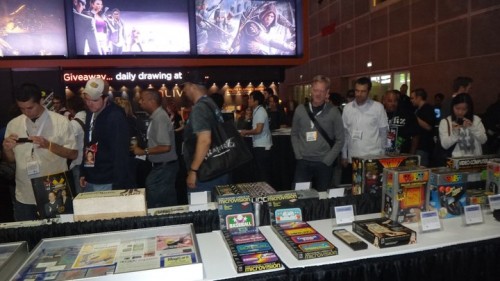 Tucked back behind the flashy booth was what might have been mistaken at first for a rummage sale in front of a video arcade.  But if you took the time to give it a proper look you got the chance to walk down gaming’s memory lane and in some cases play history all over again.  And it didn’t cost anything.  You could sit down on a couch in front of an old television and play an Atari 2600.  You could go up to a Coin-Op Centipede machine, press player 1 and start rolling that ball.  And what at first look like a rummage sale was an amazing collection of video game history, most of which was in beautiful shape and many of which were operating and available to play.  All the time you checked it out the bands played with old school sounds that took you right back to the era when you played the games.  This was all tucked behind some VERY impressively set up booths and so it was lost in the shadows, but those who managed to find it and get some time playing NARC or Dig Dug got to capture a part of their past again at least for a short time. 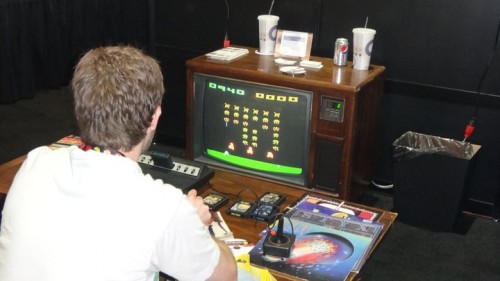 The full museum doesn’t have a physical facility yet, it just makes exhibits a trade shows and such right now so catching it when you can is even more important.  They have over 20,000 pieces spanning over 25 years and you can bet when they get a physical location it will be on my travel plans!  For more information go to www.vghmuseum.com 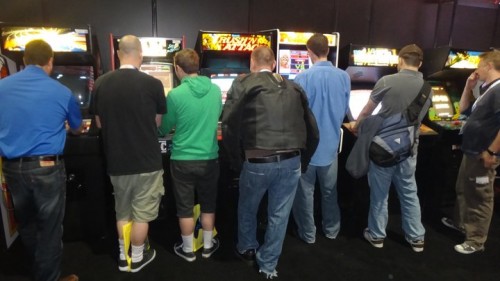