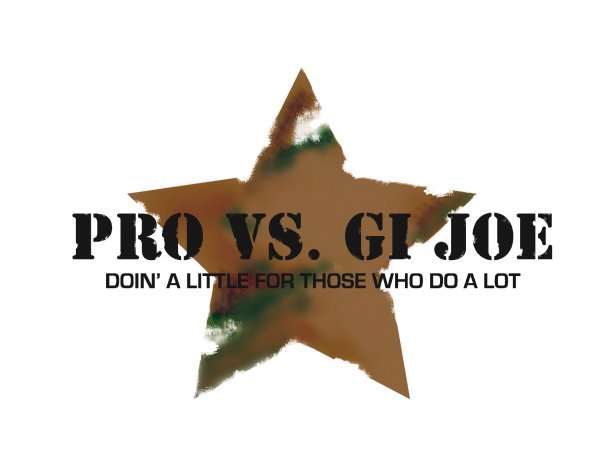 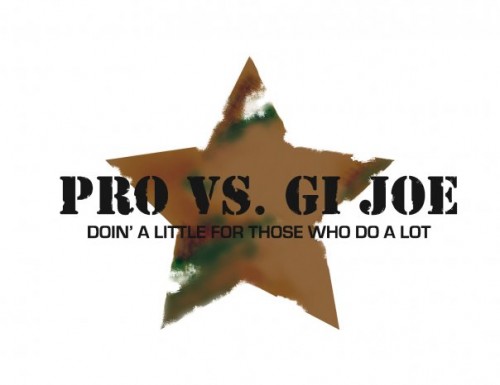 Addie and Greg Zinone founded Pro vs. GI Joe in June 2007 to give back to our military men and women in a truly unique, fun, and interactive way! Like many Americans, they are a military family who personally understand the sacrifices service members and their families make, especially now. Addie is a Staff Sergeant in the U.S. Army Reserve and has served two tours of duty in support of Operation Iraqi Freedom, from 2003-2004 and most recently from 2007-2008.

Although Greg is not in the military, he feels those who don’t wear the uniform have an obligation to give back and support those who do. His way of doing it is through video game competitions with the pros. Greg played football at West Virginia University and knows first-hand that athletes love to get on the sticks. And since Addie has spent a lot of time with troops during her two combat deployments in Iraq, she knows that all branches of America’s Armed Forces also like to play. Greg put the two together – thinking it would be a fantastic way for our troops to unwind and for the pros to say “thanks” – and came up with Pro vs. GI Joe.

Using the best of modern technology (online gaming and webcams) and forging an absolutely essential partnership with the USO, Pro vs. GI Joe has made connections for countless troops, their families and friends, and the pros. To date, we’ve connected troops serving in Kuwait, Dubai, Iraq, Afghanistan, Korea, Japan, Germany, and Cuba as well as those here at home with professional athletes in the NFL, NBA, WNBA, PGA, NASCAR, IRL, and Boxing. They’re growing every day and welcome the opportunity to expand to every sport and athlete, musician or celebrity.

The most meaningful aspect of Pro vs. GI Joe, however, isn’t the connection they make between the Pro and the GI Joe; it’s the connection they make with the families. Troops are often separated from their family for months and years at a time. When possible (and it’s usually at every event), they invite the troops’ family members to attend the competition so they can meet the Pros, tour the facility, get some autographs and, most importantly, chat with their loved one via webcam from USO centers all over the world. These reunions mean so much to the troops and their families and it’s and they love to provide that opportunity when it’s possible.

In 2010, Pro vs. GI Joe hired Joe Oneto, the organizations only employee. Joe was working at the USO Center in Kuwait when Pro vs. GI Joe launched – bringing online gaming to the troops in the Middle East for the first time ever. While working at the USO, Joe personally witnessed how our events affect the troops that participate. Upon his return to the states, he volunteered at numerous Pro vs. GI Joe events and was hired full-time in September of 2010. Joe is truly dedicated to the success of the organization and is now considered a member of the Zinone family.

Pro vs. GI Joe relies solely on the generosity of the American people and sponsors/partners to fund our organization. With Pro vs. GI Joe, you get a personal connection and a guarantee that they will never quit working for our men and women in uniform and their families. 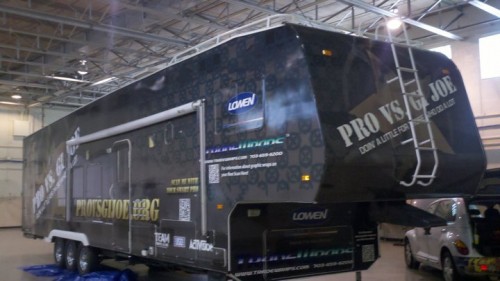 This wasn’t so much a booth as a trailer and they were having a raffle fundraiser as well as parachuting t-shirts off the top of it.  It’s location was good, in the corner of one of  the main halls.  Compared to the flash of most of the booths though it didn’t draw much attention, though not for a lack of trying.  It is a non-profit though, most of it’s money goes to their cause making it so they didn’t have corporate flash.  World Of Tanks put a huge crate full of their mini tanks in front of the Pro vs. GI Joe booth at one time to help attract attention and I heard people talking about it and heading that way.

I kept walking past it myself because it struck home with me.  I had memories of my nephew sitting on the hood of my car with me and enjoying summer days when he was a kid, and I remembered the day my wife and I bought him a computer so that no matter where he was and where we were we could keep in touch, first through WoW, then through other social channels such as Facebook.  I have always loved my nephew and he has often been on my mind.

During E3 our troops were attacked in Iraq.  It didn’t make much of a splash in our submerged world of gaming and entertainment that is E3. Meetings went on and products were shown.  But for me there was always something in the back of my mind.  My nephew was among the attacked.  It was not the first time, he already had his Combat Action Badge and a Purple Heart. This time was different though.  This time we knew there was deaths.

So I went from booth to booth, learning what I could about assigned projects, gleaming a bit about others.  And once again I came upon this booth.  I bought raffle tickets with numbers I never checked simply to do a little part and knowing that when it came to my nephew I thought of how proud I am of his service and how much I know he loves gaming, even over in distant lands.

I got the call, five of his friends had died but he was alive.  Due to national security all we could know was that he was fine, just a few scratches.  I went to the restroom and washed my face.

Yesterday was Father’s Day and my nephew who had gone through a year of war, done his service overseas, earned his medals, was on leave to see his children in person for the first time in a year.  So I write this little story to honor a father for Father’s Day, to remember our troops many of whom are fathers and still in harm’s way, and to remind people there are ways to not just help our troops but make them feel almost home.