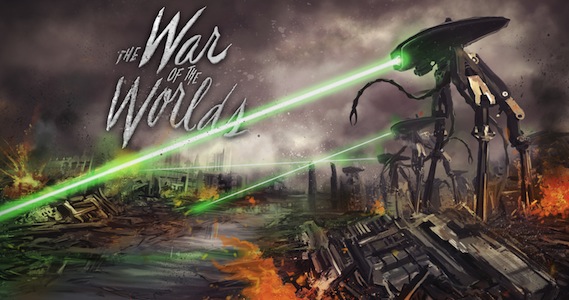 After checking out the upcoming Star Trek game which is meant to tie together the first J.J. Abrams Trek film and his next, we got a chance to checkout the upcoming War of the Worlds title from Paramount Digital Entertainment and Other Ocean. The game is due out for Fall of this year on the Xbox LIVE Arcade and PlayStation Network.

After shuffling into a small, behind-closed-doors room at the Paramount meeting room, we got to checkout two of the game’s levels in play. The game takes its gameplay from the classic PC side-scrollers of the past like Prince of Persia. In the game, you play a man just trying to survive the Martian invasion. On the design-level, the game is best described as a hybrid of the novel and the 1950’s sci-fi movie. As you roam the decimated landscape, tripods marauding in the background, you will get narrations read to you by the likes of none other than Patrick Stewart. These narrations set the stage of what’s to come in the level and, well, it is just damn fun to hear Stewart narrate anything – he is so good at it!

The visual style is taken from games like LIMBO – aside from the human characters and up-close Martians, everything is set as a sort of silhouette. This dark style sets the tone of the game, and makes the green heat rays of the tripods that much more eerie as the stream past – undoubtedly wreaking even more havoc on the failing human military.

Throughout the level, the player duck and weaved between craters and under up-ended armored vehicles in order to escape the Martians. The game features a TON of rotoscoping. I forget exactly how many layers the developer said they had on the screen at once, but I am fairly certain it was over 50! The visual design really needs to be experienced first-hand, in-motion, to be truly appreciated. Unlike LIMBO’s fairly flat style, War of the Worlds has a LOT of depth to it.

War of the Worlds looks like it is shaping up very well and should prove to be a great play-through this fall (hopefully in time for Halloween season!). 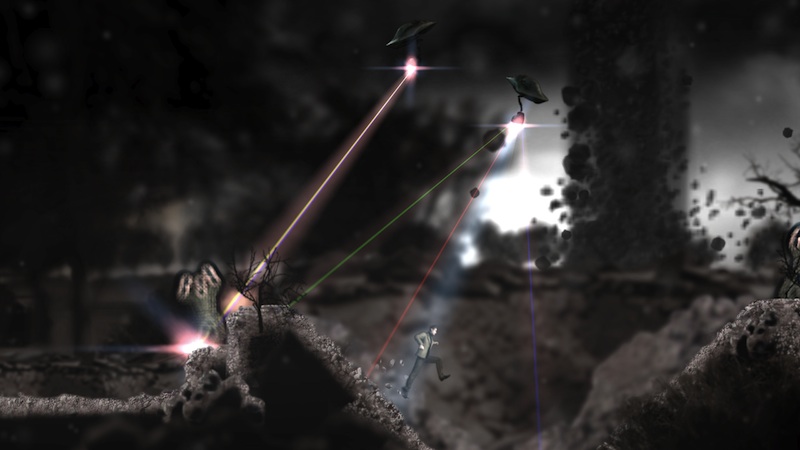 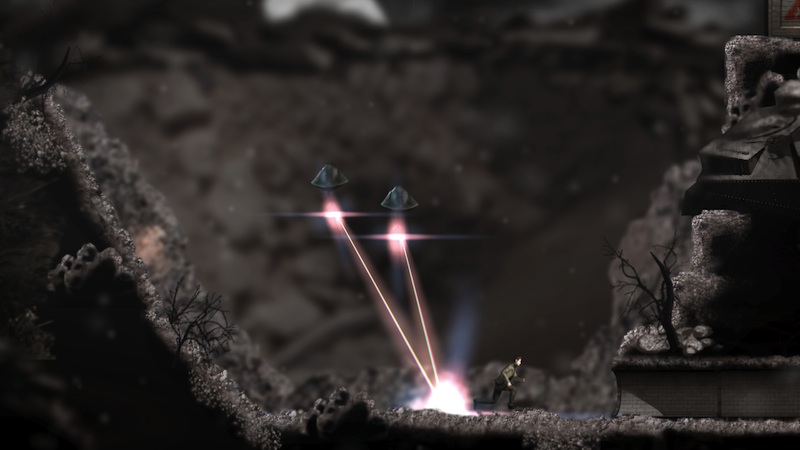