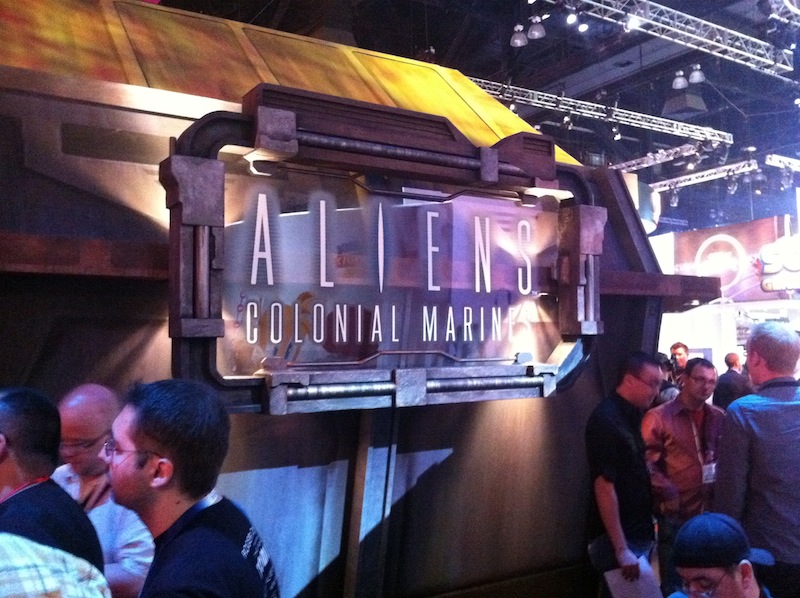 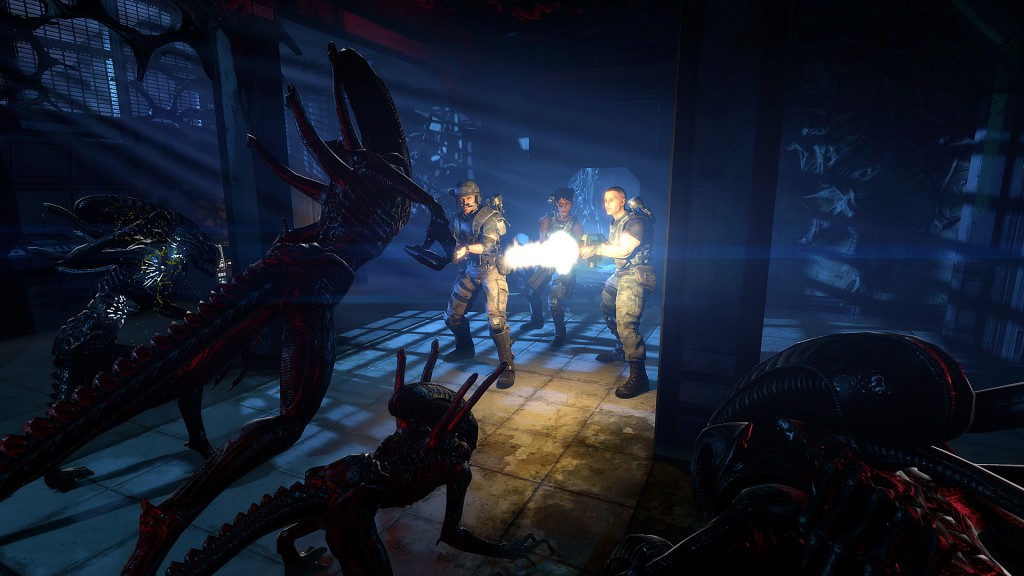 While at this year’s E3 expo, we got a behind closed-doors look at SEGA and Gearbox Software’s upcoming Aliens: Colonial Marines. Gearbox Software’s president, Randy Pitchford, gave the presentation which took us through some of the gameplay to be featured

The presentation for Colonial Marines saw the player join a squad of marines from the USS Sephora as they investigate what exactly happened onboard the USS Sulaco, which was the colonial marine troopship from the film Aliens. In the course of their investigation, the ship is somehow crippled and the marines must evacuate down to the surface of LV-426 “Archeron”, the planet also featured in the film. Of course, the area of the colony on-planet is a mess because of the massive explosion created when the atmosphere processor blew-up, so the area is treacherous even without aliens to deal with.

The colonial marines in this game feature some slightly upgraded and enhanced equipment from the marines featured in the film. The M-41A Pulse Rifle, for example, sports new iron sights as well as function modes. Even the players motion trackers have been enhanced, using a blue and red color system to denote between hostile and friendly targets. Throughout the demo, the player picked up and activated sentry turrets which can be deployed to provide support for your fellow marines. One interesting aspect of the gameplay was the lack of a huge reticule or UI elements. The reticule was slight and other player UI elements were very minimalistic so the player’s view was setup as if they were really looking through the eyes of their marine – lifting the motion tracker up with their left hand to check the screen when it began “pinging” targets.

Also of interest is where the team at Gearbox is taking the storyline. While on the surface of the planet, it appears as though the Xenomorphs began using a rhino-like creatures as targets for their offspring. This has yielded aliens which run very quickly and can charge through you and your team. Facing this new threat, the marines make a tactical advence in the opposite direction. These reminded me a lot of the Bull/Rhino Aliens from Dark Horse comics extended Aliens comic universe.

The demo showed off some various bits of marine vs. alien combat, even having a grapple system (exact controls unknown) when aliens would jump onto the player in order to impale them through the brain pan with their projectile-like inner-jaws. The visuals were at least on par with Rebellion’s remake of their own Aliens vs. Predator , but the model animations looked much smoother. Aliens would spawn randomly from various directions and openings like grates, windows, etc and there were several scripted sequences inter-mixed with the AI action. The demo even had a soundtrack based on the James Horner score of the film – although it is unknown if the score heard at the demo was indicative of the final product at this time.

Overall, Aliens: Colonial Marines looks like it is going to be a real treat for fans of the IP as well as tactical shooters in general.

Aliens: Colonial Marines features drop-in/drop-out multiplayer gameplay and will be coming out for the Xbox 36o, PlayStation 3, and Windows PC platforms in the Spring of 2012. Pitchford also mentioned in the demonstration room that the game is being used as a prototype for integration with Nintendo’s new Wii U console. 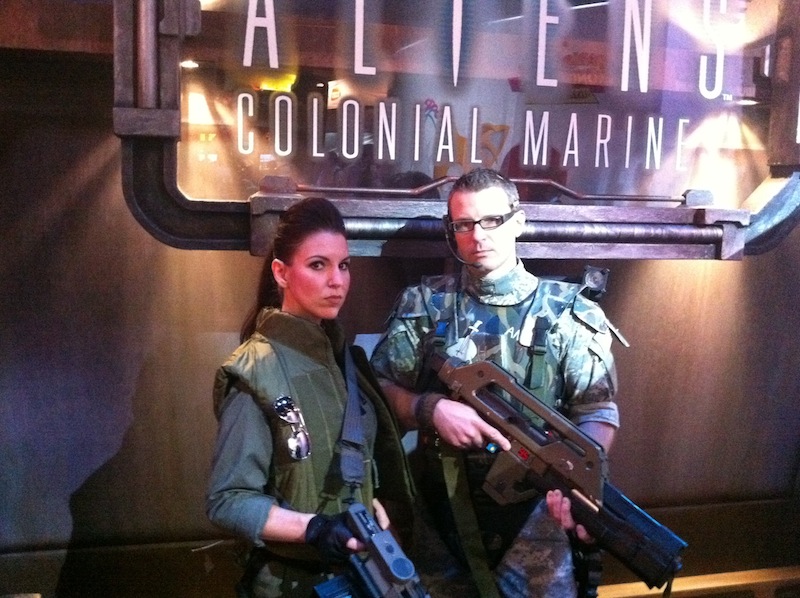