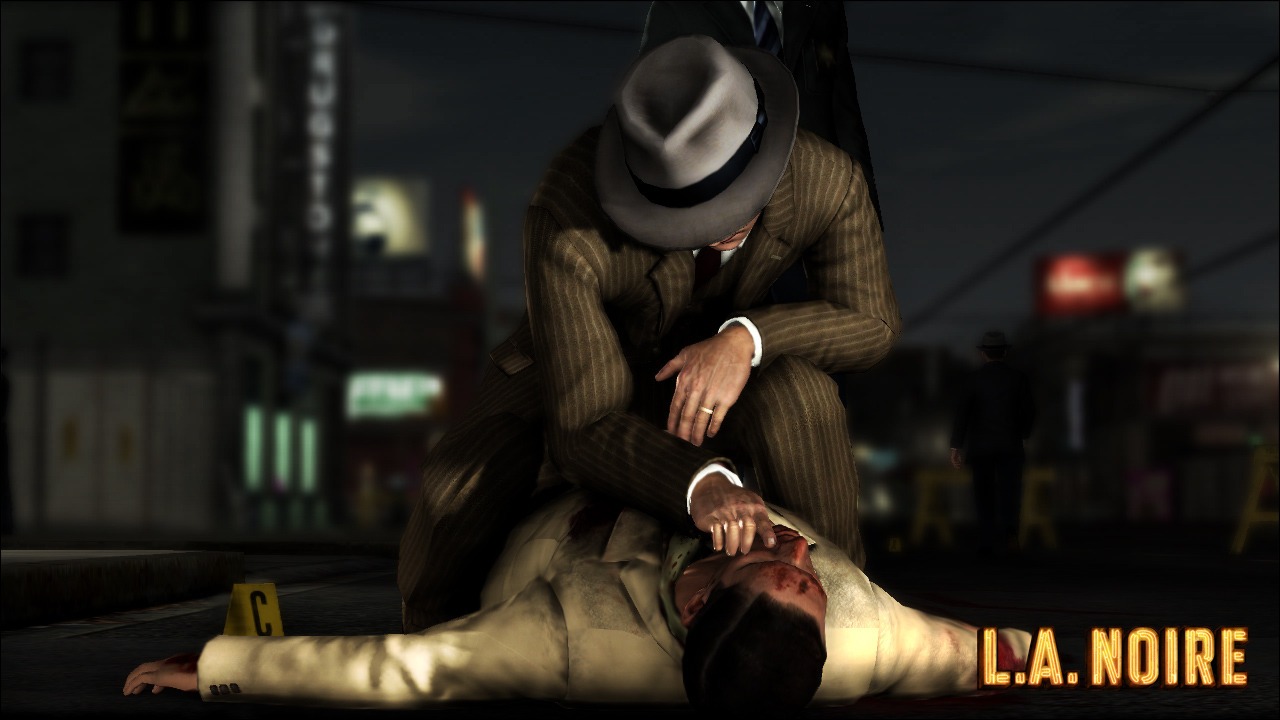 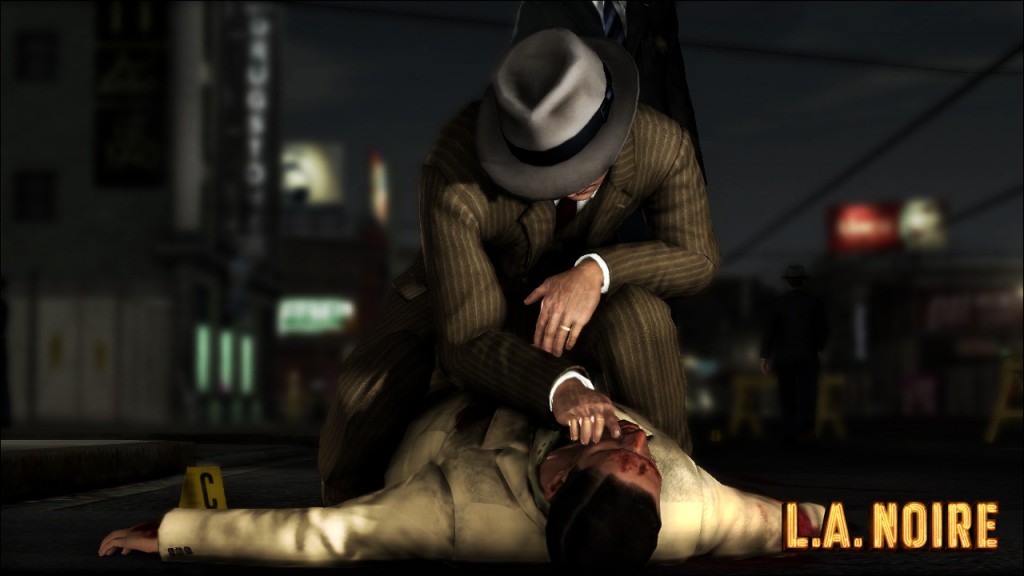 L.A. Noire, by Australian developer Team Bondi and Rockstar Games is a refreshing breath of air in the current game marketplace. You are Detective Cole Phelps, a military man fresh from WWII, trying to make a difference in the crime ridden streets of late 1940s Los Angeles. Working your way up through four different detective assignments, Traffic, Homicide, Vice, and Arson, you will explore failed relationships, Hollywood sex cartels, the mysteries behind the Black Dahlia, and ultimately a conspiracy that reaches the highest levels of Southern California power.

Old Genre, New Package – Much has been made of the core gameplay being focused around the investigation of of crime scenes and subsequent questioning of suspects and witnesses. What we have here is essentially an old school point and click adventure game brought up to meet today’s gaming standards. And there is absolutely nothing wrong with that. The conversation mechanic and inventory come together like peanut butter and chocolate. Finding specific pieces of evidence open up interrogation options. Do you think the suspect is lying? Call him out on it… Just make sure you’ve collected the evidence to back it up. You’ll spend hours searching out every corner of a crime scene for the one missing piece that brings the whole case together and the effort is extremely rewarding when you know you’ve got your perp backed against the wall.

The Visuals – Team Bondi has developed an amazing new performance capture system known as MotionScan. MotionScan afforded the developers the chance to capture not only the broad strokes of facial expressions today’s audiences are used to seeing in special effects laden summer blockbusters, but also every nervous facial twitch, shifting glance, swallowed word, and corner of the mouth smirk. While you get a subtle audio cue when you stumble across a piece of evidence in a crime scene you get no such hint when a witness is withholding the truth. You’ll need to rely on your own personal instincts and ability to read the human face and this may be the first game to allow you that unique opportunity. This game is by no means the best look game on the market, MotionScan transcends animation into the realm of pure acting.

The Cast – The cast list on this game is huge, filled out by a number of faces you’ll instantly recognize from your favorite TV show or movie. There’s not much to say here aside from the gratitude I have that each one of them brought their A game.

Pacing – L.A. Noire is an open world game, that much is (mostly) true. Rather than the typical modern game trappings of finishing a mission, wandering around until you choose to begin the next mission, and exploring along the way, L.A. Noire finds you beginning the next mission the moment the previous one ends. Once you reach the conclusion of the case you are working you are immediately introduced to a cut scene setting up the very next case. In the midst of an investigation you are given the choice of in which order to tackle important locations, but the game makes it a  priority of leading you through the proceedings, keeping you heavily immersed in the story.

“Open” World – Okay, I know I might sound contradictory given the fondness I have for the game’s pacing. Bear with me. L.A. Noire is an open world in the base sense of the word. Yu have a vast map to explore with collectibles and locations to search out and discover. The problem is that the game never really encourages you to do so. There isn’t so much of a world to explore, as in the living breathing environments of GTA 4’s Liberty City or the vast western countryside of Red Dead Redemption, as there is a whole lot of streets and buildings. There are plenty of opportunities for diversions to be had outside of police work but aside from the twenty or so street crimes that get called in over the radio you’ll mostly find yourself driving from investigation to investigation. This wouldn’t have been so much of a negative had it not been for a case halfway through the game that almost punishes you for not exploring the map as it demands you decipher clues on a scavenger hunt around the greater Los Angeles area.

Repetition – In addition to the lack of a true open world experience with diversions to be had outside of the main storyline, the core gameplay mechanics of investigation and questioning can become quite repetitive, especially during longer gameplay sessions. A few hours into the game I knew that the procedure was going to be a lot of “investigate, question, investigate, question.” The game tries to offset this with car chases and shootouts, but even these start to become telegraphed and predictably within the individual cases. It’s a good thing that the story is immersive enough and gameplay interesting enough that it’s easy to ignore the repetition in favor of seeing where the story will take you next.

Delayed Story – As mentioned above, L.A. Noire sees you working four different desks within the LAPD. This roughly breaks down to five hours per assignment. The meat of the story doesn’t really pick up until you hit the vice desk, at around the halfway point of the game. This means that, while an enjoyable first half to the game, you’ll work through around ten hours of game before beginning the main storyline. You are thrown off this sensation a bit with flashbacks to Phelps’ time in WWII after the conclusion of nearly every case, but until you reach the vice desk nothing truly feels like it matters to Phelps as a character. This is further heightened by the homicide desk almost being its own self contained story and the traffic desk having little to no relation to anything else that happens in the game.

Odd Choices – There are two choices made in the the game that confused me thoroughly. Platforming and dungeon crawling. You read that right. Platforming. Dungeon crawling. While both segments are extremely brief they do bring an overwhelming sense of “what the fu..?” to the game. One mission has you climbing precariously across the most dangerous parts of Los Angeles landmarks, complete with balance beam segments, only to culminate in the darkest dungeon I have ever explored in a game. I had to turn the games brightness all the way up and even at that, I found myself discharging my firearm and lighting my path via gunshots. Both segments came out of left field to never be seen again throughout the game.

With L.A. Noire, Rockstar and Team Bondi have crafted a game that challenges you to experience a completely different style of game. Heavily story driven and saving action for choice moments, it is a refreshing answer to the Call of Duty clones that dominate much of the marketplace. Using a tried and true genre, the point and click adventure, today’s gamers have been introduced to a hallmark of video game acting and animation that demands other developers to make their own advancements in visual storytelling. The few things that fell flat for me are by no means game breaking and given the sales numbers this title is sure to achieve I am positive that Team Bondi will have the chance to improve upon them in the future. The game’s pros far outweigh its cons and it is a step in the right direction for gaming that I cannot recommend highly enough. 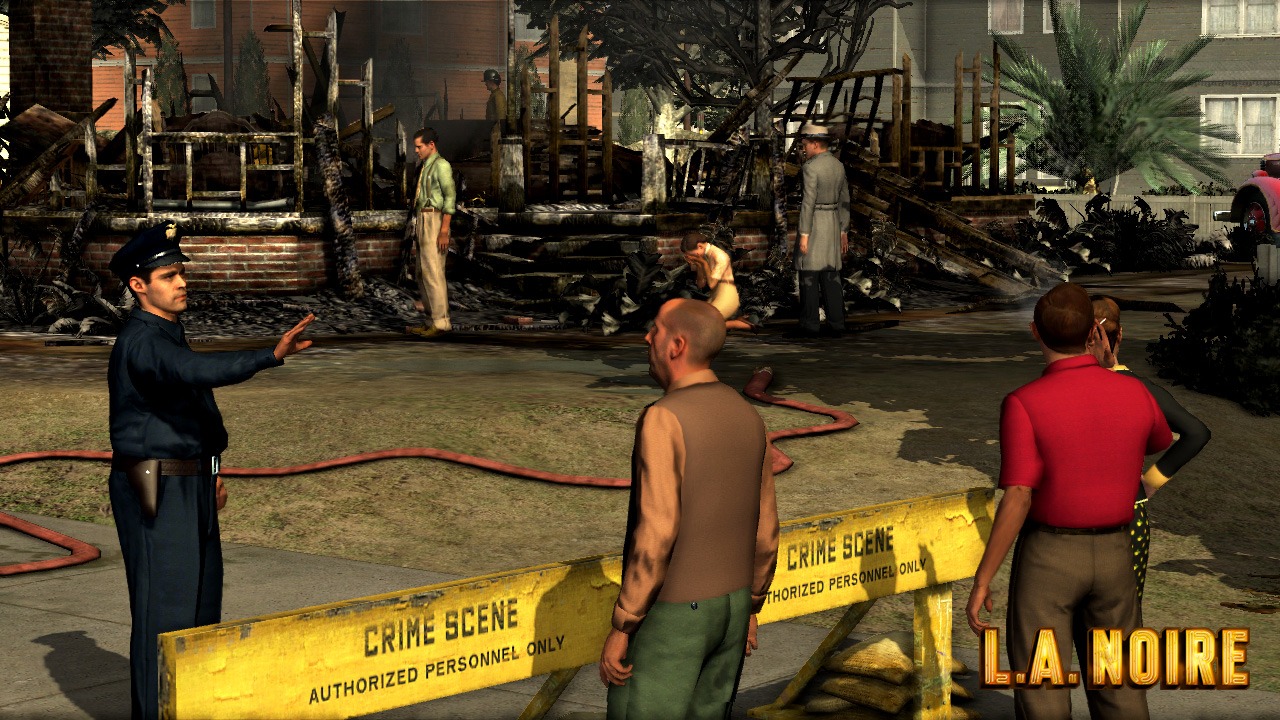 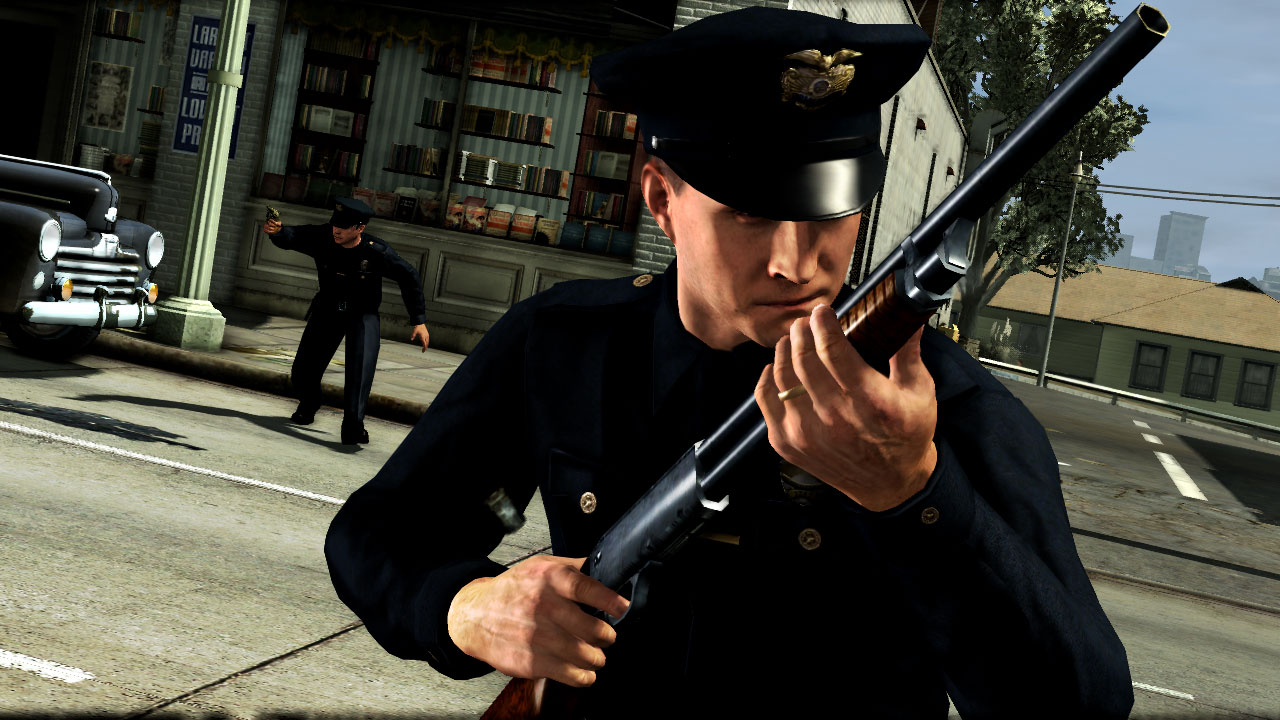 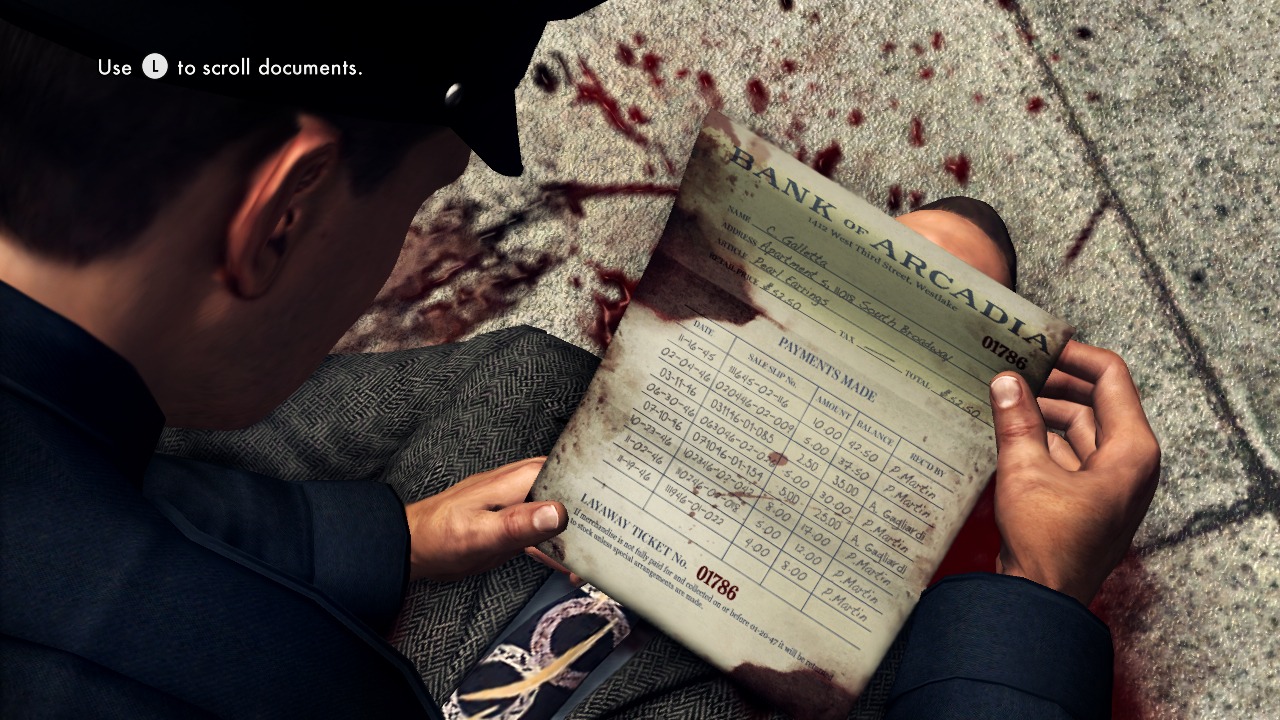