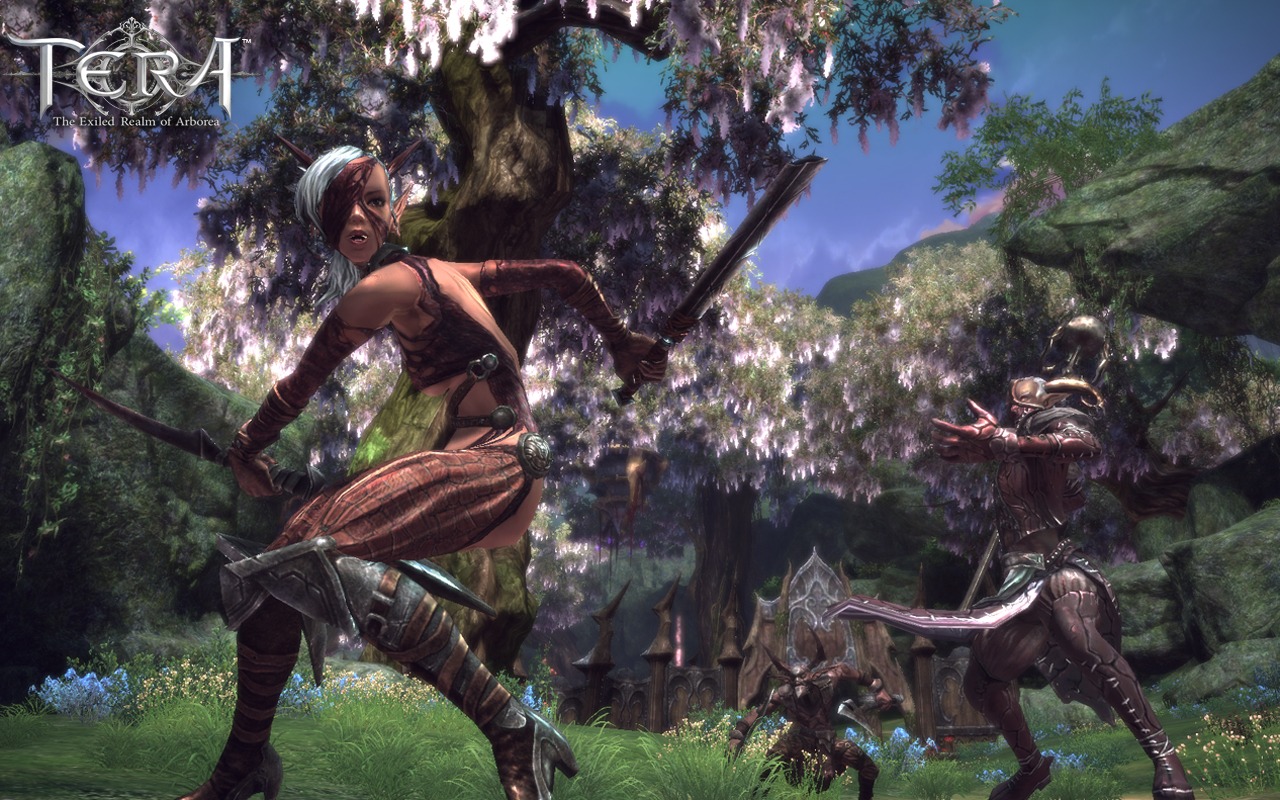 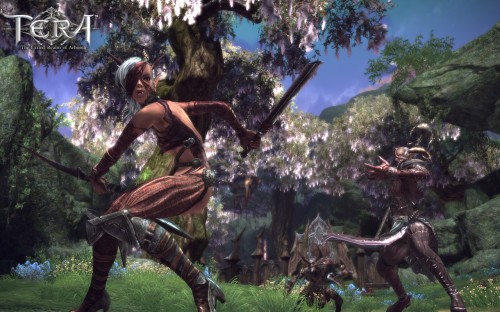 Atari has released their lineup of new games to be shown at the upcoming Electronic Entertainment Expo in Los Angeles. Their new games include the upcoing MMO, Tera, as well as new takes on arcade classics Warlords and Centipede: Infestation.

TERA is a fast-paced innovative action MMO that offers all the depth of an MMO with the gratification and intensity of true action combat creating an experience beyond traditional point-and-click-style MMOs.

Players will jump into a vast breathtaking fantasy world conjured by two dreaming primal gods and travel over rugged mountains, across searing deserts, and through hazardous jungles. They will arm themselves for the seven character races and eight classes where they will battle hundred of monsters throughout 80+ zones and embark on thousands of quests to fight for political control of the world itself.

TERA combines lush graphics powered by Unreal Engine 3 with an immersive, engaging combat system in a world rich in dramatic story and lore. It consists of a vibrant community in a faction free world where all players can impact the community and social, political and economic structures of TERA.

Players show no mercy and take no prisoners in Warlords as they fight to the death for title of the almighty Warlord.  They must defend their castle from mischievous minions and ferocious fireballs spun from the mouth of a maniacal dragon in this whimsical reinvention of the beloved classic.  Warlords is the ultimate battle of speed, strategy and survival, and players must command their troops with shrewdness and skill to capture control points, collect power-ups and destroy the other warring factions.

Warlords’ multiple local/online game modes sweeten the quest for power and allow for cooperative and competitive battles with up to four players. Gamers can select the faction of their choice and engage in a number of competitive variations, including co-op siege mode, 2v2 or classic free-for-all battles.

Centipede: Infestation reimagines the classic gaming franchise when it takes players into an expansive new world with seven environments, 40 stages and five boss battles. Gamers will play as Max, the hero and bug slayer, who must defend Maisy, a girl whose gardens bring life back to the wasteland that the planet has now become. They can choose from over 20 different weapons and power-ups to battle up against centipedes, spiders, beetles, grubs, caterpillars, moths, and other mutated bugs.

Centipede: Infestation allows gamers to team up with a friend to kill even more bugs with the two player co-op multiplayer feature and offers a unique “street pass” feature for 3D, which shares content between passing Nintendo 3DS units.