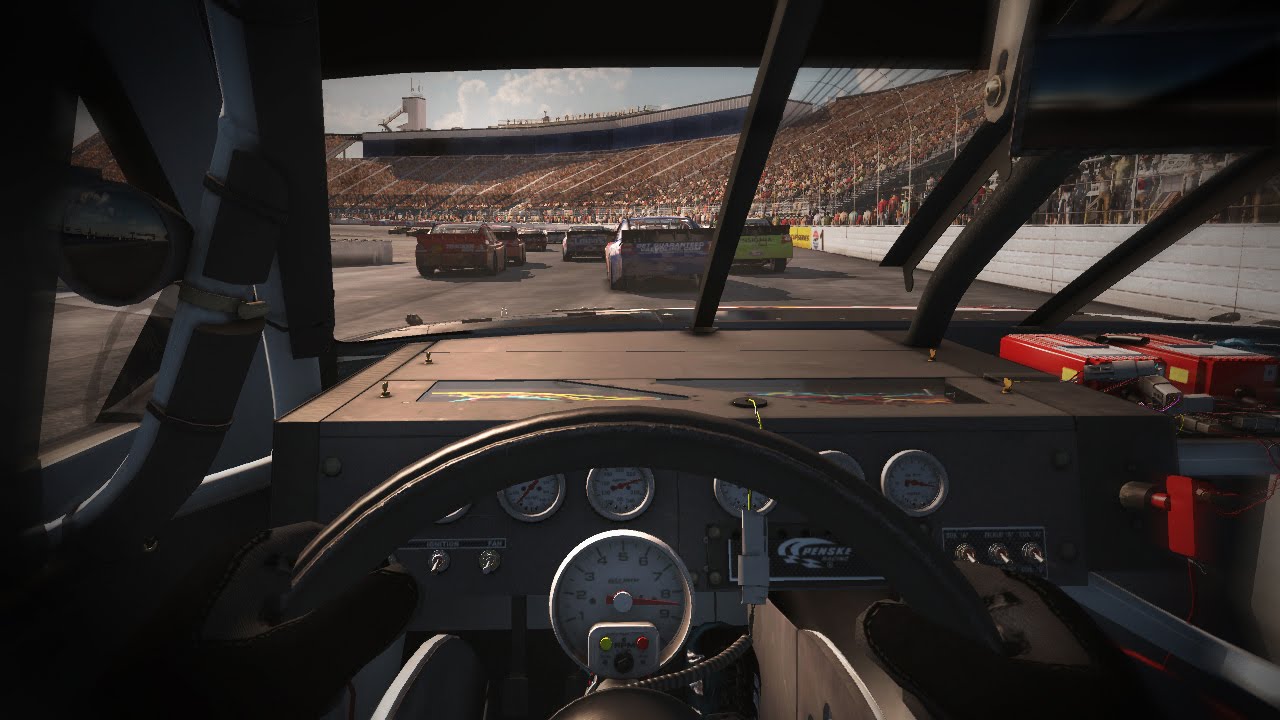 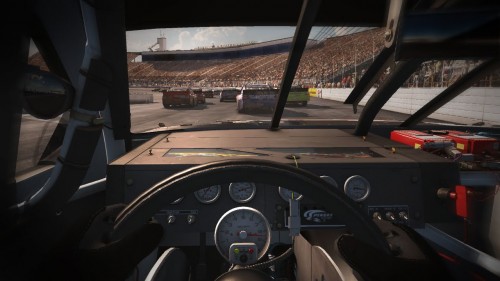 I do not take racing games lightly.  I have beaten up more than a few of them over the years.  However, when I come across a truly exciting game that gets my blood pumping and really turns me on, I have no problem letting you know.  I have been a race an all my life.  My father used to take me to NASCAR races here in Southern California before I could even walk.  When I started playing video games,  I was able to live out my racing fantasies in real time.  I grew up on staples like Pole Position and Off Road in the Arcades.  The Papyrus Racing Sims in the nineties were simply amazing, then Gran Turismo changed my life.  During those latter years, EA was the go-to spot for my NASCAR racing game fix.  Unfortunately, their titles never could get it right.  From poor graphics to lousy physics, bad control schemes to often-times punishing AI, their line of NASCAR games have been a muddled mess that have never been able to successfully capture the nuance and passion of NASCAR.  From the moment we got a hold of the first trailer for NASCAR The Game 2011 here at gamingshogun.com; I had a feeling in my gut that this was going to be the game to make me smile.  This would be the title to take all the aspects of NASCAR and put them together in an amazing package.  While I admit I had faint wisps of doubt floating in my head, those were wiped away from the moment I put the disc in my XBOX 360.

You are able to select a car / driver and get right into it.  You can’t help but be impressed by the visuals.  From the details on the car’s decals to the track surface, it is evident that the programmers took their time making sure to get everything just right., after all, this game is a simulation, not a simple arcade-like outing with the NASCAR brand slapped on it.  Continuing along those lines, each track that you visit over the course of a season are magnificently modeled in extreme detail.  For the sake of the review, I fired up a recorded race and compared the in-car camera view of the actual race to the same camera angle from the game, and I assure you, there is no more faithful recreation that is on the market, save possibly iRacing (an uber-realistic, online, subscription, PC racing league).  The game is a graphic Tour de Force.

While the game design is a simulation at heart, the developers realize that NASCAR is a fairly tricky sport to fully comprehend and there is a barrier to entry for more casual gamers.  For those people, they have provided a whole host of driving assists designed to help newcomers to the sport get accustomed to the game without getting too frustrated.  On the same hand, for those people who get it, they can go beyond simply driving the car, and try their hand at being Crew Chief and fully stetting up the car.  Every adjustment that can be made on a real Sprint Cup automobile can be made in the game.  Those setups can be named and saved, allowing for gear-heads and tinkerers to get in there and create custom set-ups for every track.  If tinkering isn’t really your thing, the game has suggested presets for all the tracks.  Do you get a kick out of painting your cars?  Fortunate for you, NASCAR the Game 2011 contains a fleshed-out design studio which allows you to completely design the look of your car.  For those of you who like to customize your driving controls, you will not be disappointed.  In the event you are dissatisfied with one of the included controller presets, the controller options allow you to map every button for a completely custom controller interface.  There have been many driving games that I have a difficult time playing based on the default/limited control  schemes provided by the developer.  While it is nice to be able to do all this with the regular XBOX controller, the game truly comes to life if you have access to a steering wheel and pedals set up.  I played the game with both the normal controller and the Microsoft XBOX 360 Steering Wheel peripheral.  While my time with the wheel made the game more difficult, it was completely more satisfying.

Once you are actually racing, the game offers a number of different ways to play.  There is a straight-forward career mode which focuses on a complete NASCAR season, including the Chase for the Cup, along with several challenges, which break out of the mold.  There is an elimination mode, where a timer counts down and eliminates the last place driver on the track. There is also a “Tag” type game where you have to draft behind certain cars on the track for an allotted time in a specific number of laps.  These challenge modes unlock extra car designs and “stickers” and “badges” you can use to show off in multiplayer.  These allow for other players to see at a glance different accomplishments you have achieved in the game.  Speaking of which, multiplayer races are super customizable and fun.    There were some races that I played that were a little glitchy, with everyone being credited for a win, however that was not the norm, but the exception.

It should go without saying that I truly love this game.  I do have to say though that there are a couple things that could make me love it that much more.  It would be terrific if there was a patch that added in some kind of storefront where people could “sell” their designs and setups.  Forza was able to implement this to great success, fostering the community for that game in a way that has yet to be matched by any other racing game that I have ever played.  The in-race “spotter” – the person who gives you intel on what the other drivers are doing and where they are on the track becomes very repetitive in longer races (I went through a full season racing 10% length races).  I could go my entire life without hearing how the Hendrick boys wanna get a pizza later…

If you are a casual racing fan who is curious about NASCAR, or a die hard NASCAR fan like I am, NASCAR the Game 2011 has something in it for you.  From designing the look of the cars,  to driving fast, to finding the draft, to fine tuning your car to get the most out of it, NASCAR the Game 2011 is an amazing title that has you covered like a racing helmet. 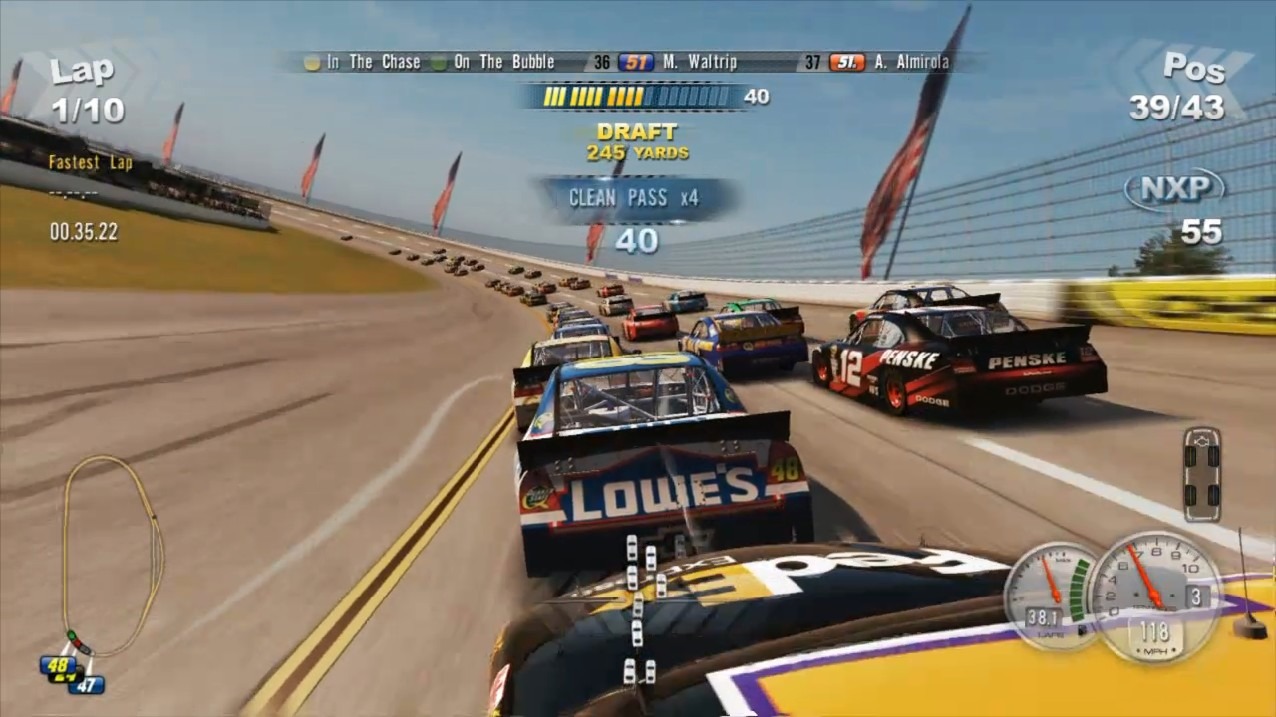 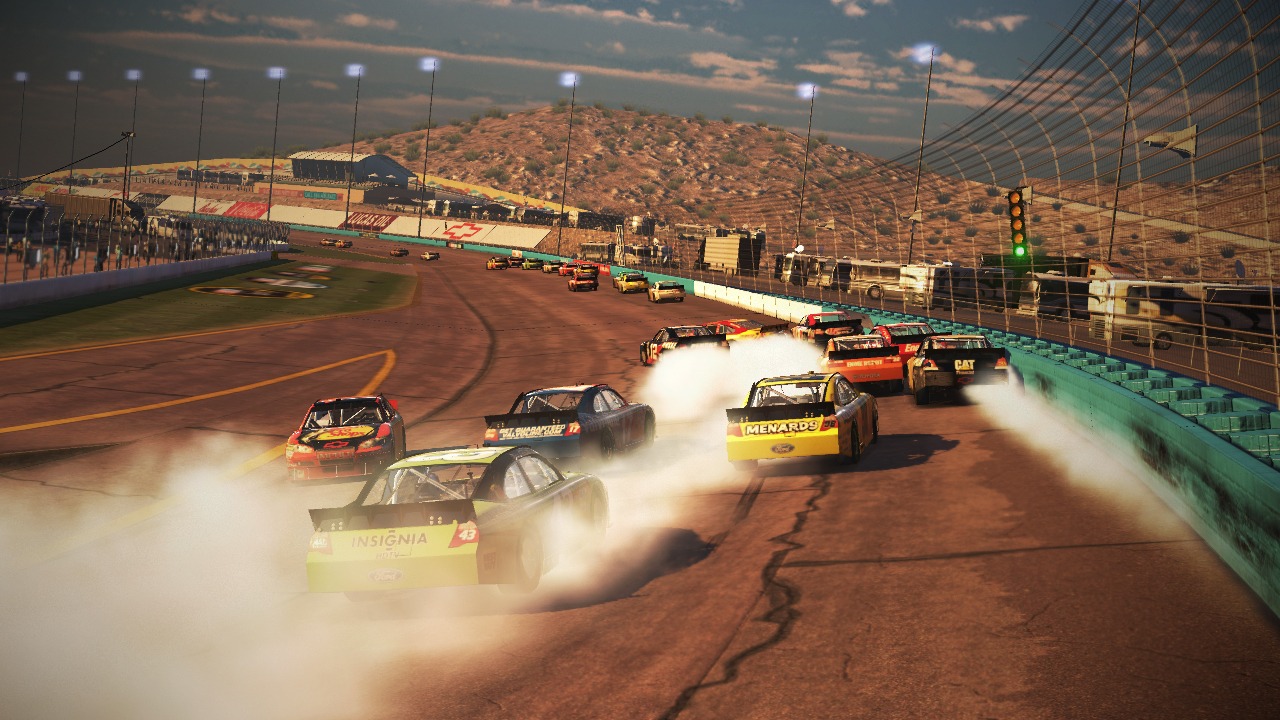