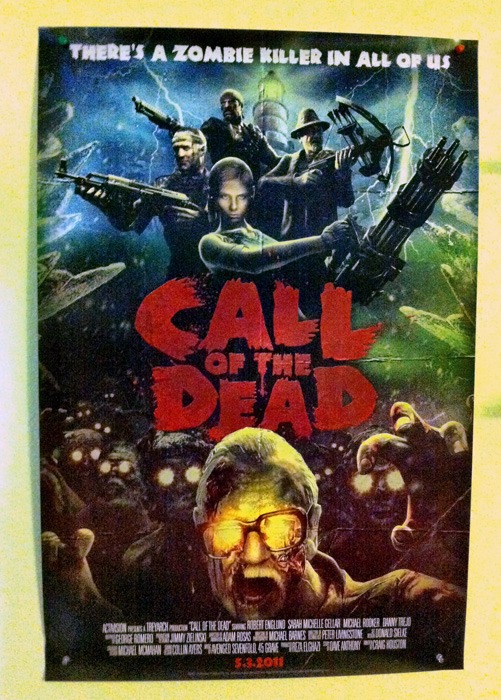 Activision Sends Us Call of the Dead Poster

The good folks at Activision have sent out some pretty cool items to promote the upcoming Call of the Dead gameplay mode in the upcoming Call of Duty: Black Ops Escalation content pack – a full-size poster! Call of the Dead features four-player coop against the zombie masses but, instead of no-name humans, you get to play as genre stars Danny Trejo, Robert Englund, Sarah Michelle Gellar, and Michael Rooker! Additionally, the baddest zombie of them all is none other than a zombified George A. Romero himself!