I’ve been playing RPGs since the days of pencil and paper when my friends still owned first editions of the D&amp;amp;D Dungeonmaster and Player’s Guides. Though I do enjoy a good MMORPG, playing offline can be just as fun and rewarding, especially if a game has a rich environment and a great storyline. The more character development you can adjust the better also, so that you truly feel the character is your own. Arcania: Gothic 4 gives you the chance to personalize your character and lots of storyline, it just gets a little bit lost in hack and slash quests and weed pulling missions. 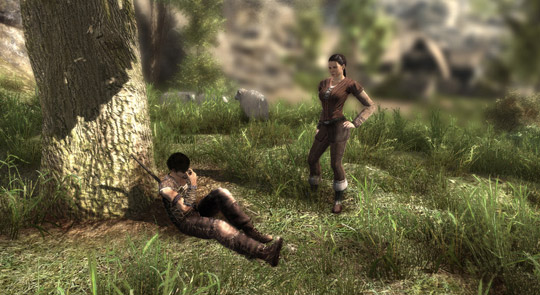 Atmosphere/Graphics:
The game starts with an update of events since the last game with rich video cut scenes showing the dark times have indeed descended again up Myrtana. Excellent musical score accompanies both travel and action, the cut scenes are beautifully rendered and drive the story along very well. There was a lot of love put into the atmosphere of this game and is part of the hallmark of this title. One of my few complaints would be the lack of variety in the enemies you encounter. While the flying insects are very well rendered and the raptor-like beasts are well animated, they make up a majority of the population of the enemies you encounter. You eventually take on a bit more of a variety of enemy but you get so used to fighting the same enemies that it is actually a little startling when you find yourself face to face with a new creature. That at first has a nice intimidation factor but you can then expect to see the same creature under slightly different names from then on in the game. Also most of the npcs share a small variety of faces, especially the shopkeepers so that you may go to six different shopkeepers spread out over several towns and they will probably be wearing the same costumes and they will have the same faces. I imagine this makes it easier to keep graphic issues from getting too jerky and the game size manageable, but it can be a bit distracting and pull you out of the game making it a bit of an atmosphere killer. You begin to think that these kingdoms may be a little too inbred. 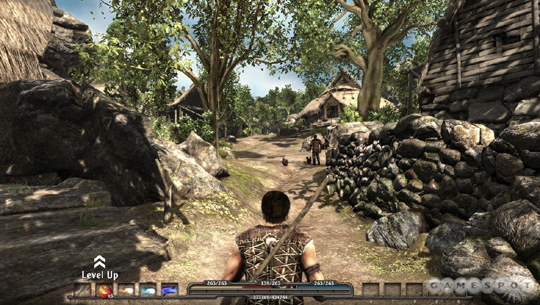 Gameplay/Storyline:
Without giving away too much of the storyline you play a shepherd who has prophetic dreams and hopes of a destiny that lies beyond counting sheep. So from simple beginnings you must start with simple quests to learn your way in the world. Things turn dark quickly and you find yourself slowly becoming the new hero of the land. This happening slowly makes a lot of sense, you can’t be expected to go from sheep shepherding to savior of the kingdom over night and in real life hours it takes about 40 hours to accomplish most of what you set out to do. Honestly I think a few missions could have been shaved off this or varied up to keep the game play from getting too monotonous. I started out with the plan to play every last mission but after encountering some which didn’t advance the storyline or do anything but make you a small bit of gold I found myself picking and choosing a bit so I didn’t find myself running all over the place picking weeds.

What it lacked in quest variation it made up for in character customization. You start out the game equal to anyone else who plays it but in the end you put points into different trees which result in a completely unique ending character. The trees amount to warrior, ranger, assassin, paladin, shaman and mage but how you build them and their strengths and weakness depends entirely on you. In this way you could have a ranger who specializes in bow attacks but can also fire off fireballs or so many other combinations that each time you play it will be a completely different. This is where it is somewhat a shame how long and monotonous the campaign can be. You want to play again trying new classes and builds but the hack and slash and weed picking quests become so time consuming that the thought of playing it again is a bit daunting. If a player plays this occasionally, casually, instead of in heavy long-houred gaming seasons this could be a game with excellent replay value and long term play.

The storyline starts out a bit mysterious and never seems to quite develop. Some of the cut scenes actually feel like they were cut shorter and npc dialogue interactions seems to just end often leaving you wanting a bit more. Since this game has such a long play time I am left to wonder if maybe some of these were clipped to reduce time, but if a player is committed to so many hours of playing a few more seconds even minutes here and there really won’t hurt and they definitely could have helped. A few less errand quests in exchange for greater depth of storyline would have been very welcomed and might be something that should be considered for future installments. 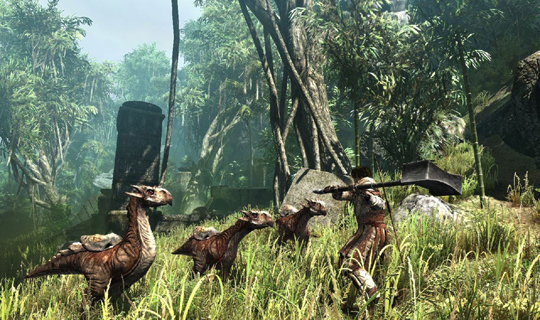 Multiplayer:
There is no multiplayer in this game but I felt it was a subject worth bringing up. The areas are so well developed with places to sit and random foods and potions to eat and make that it almost feels like a shame. There are tables to sit at, beds to lay on-so many atmospheric elements that serve no real game purpose that if put into a multiplayer environment could make for great places to role-play. I am reminded in this way of Neverwinter Nights and wished I could go online, create a character on a server and explore these lands with others, possibly with some gamemasters guiding us into unique moments.

Cost/Playtime:
The game retails $59.99 (there are some deals to be found out there) and runs about 40 hours of playtime, though if you go through dialogue quick and trim off some of the side quests it might be a little less. The game has definite replayability, going as far as certain achievements seem to require you to specialize in different classes so if you want them all you probably need to play more than once. You get a lot of play for your buck, just some of it might be a bit repetitive. 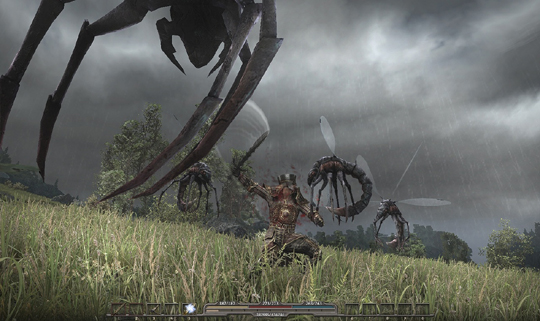 Last Call:
Arcania: Gothic 4 has a title tradition to live up to, one of rich environment, deep storyline and interesting quests. Though the storyline and quests didn’t quite seem up to the title’s standards it was still a good play with a lot of customization possibilities. It isn’t geared as much toward the marathon player who might find it too repetitive but a casual player who wants to take their time through a decent story and a long campaign might find this a game perfectly suited to them. 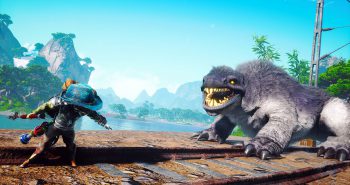 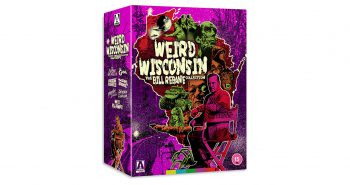