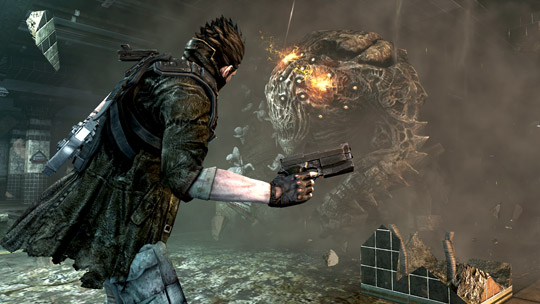 Konami has released some new screenshots from its upcoming actioner, NeverDead. Due out on the Xbox 360 and PlayStation 3 platforms on a future, as of yet unannounced date, the game puts players in the role of a wise-cracking demon hunter in a world consumed by a demonic plague.