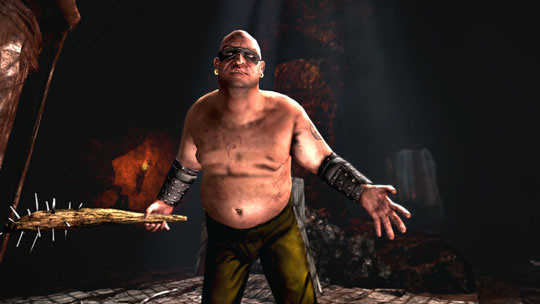 Kalypso Media has announced that Haemimont Games is developing a new third-person action game called ‘The First Templar’ for the Xbox 360 and PC platforms. The First Templar promises co-operative gameplay as two players take on a variety of 13-century opponents as a French Templar and a noble lady accused of heresy.

Features of The First Templar:
* Fast-paced cooperative play: players can assist one another as each takes on the role of the game’s key characters. Drop-in/out cooperative gameplay lets the AI take over when one player leaves the game
* Single player- two characters: Play as either character, switching roles as you go to use the best skills for the job.
* RPG inspired character development: each has their own skills and skill paths, which the player can develop as they complete missions and explore the game world
* Rich, historical game-world: return to the 13th century, where European culture is on the brink of collapse. 20 historically accurate locations have been recreated for the player to explore.

See the first screens of The First Templar, After the Break!