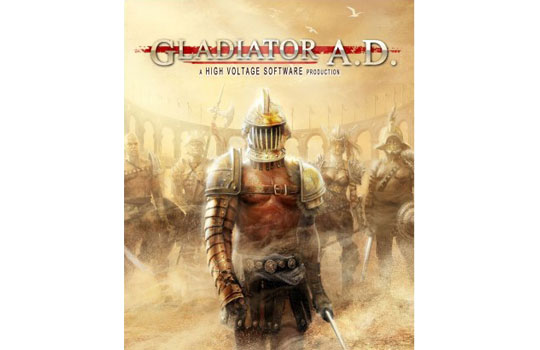 High Voltage Software is most well-known for their upcoming Nintendo Wii shooter, The Conduit. However, if you were so lucky as to have the proper media credentials and also get an appointment, you could get a look at two new titles they were previewing at the 2009 Electronic Entertainment Expo. While we had the credentials, we had no appointment. Even though the expo hall did not open until 10:00am on Wednesday morning, the good folks at High Voltage allowed us a look at the demo’s earlier in the morning.

One of the demo’s shown was The Grinder, an upcoming Left 4 Dead/Serious Sam-style shooter. The other was called Gladiator AD. While The Grinder will definitely warrant further examination, I wanted to tell you a bit about the game which could change the way you look at the Nintendo Wii forever: Gladiator AD… (Cont.)
(cont.) In its simplest terms, Gladiator AD is a mature fighting game where two opposing gladiators will duke it out in blood sport inside great coliseums and other arenas. Players will have many fighters to choose from, each with their own weapons, tactics, and abilities.

The two fighters we saw were a lumbering hulk of a man wielding a war club and a nimble woman who dual-wielded short swords. The game is not a really fast fighter but, rather, a more tactical match-up where button-mashing will not be rewarded. With the variety in each fighter, you really have to play to your strengths while exploiting your opponent’s weaknesses.

The most striking thing about Gladiator AD is its sheer brutality. In fact, it is the bloodiest game I have ever seen for the console and really shows that the Wii can be for adults too. High Voltage is filling a neglected Wii player segment with Gladiator AD. In the game, you will be able to do awful things to your enemy not only in combat but also with over-the-top finishing moves. For instance, in another demo fight, the war club-wielding behemoth obliterated another version of himself by literally bashing his opponent’s head clean-off with the club. 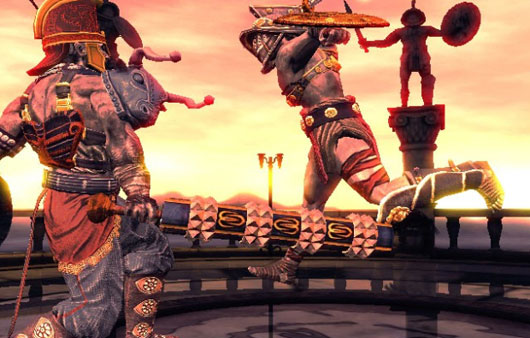 The brutality persists during the standard combat rounds of course, with fighters being able to knock-off their opponent’s armor and weapons. Fights can even come down to bare-knuckle brawls if both warriors lose their armaments…or even arms (hacking off a player’s arm is possible).

The two developers on-hand to show us this upcoming carnage-fest, Art Director Matt Corso and Design Director David Pellas, assured us that those of you who are merciful gladiators will not be left out in the cold either. There are other, non-fatal finishing moves that you can pull off on your enemy. Called ‘humiliations’, these finishers will not only make your opponent look bad but also win favor with the crowds in some case, which offers bonuses of its own.

Gladiator AD is not only about fighting though (well, most of it is) as each fighter features their own storyline as to their motivations in the gladiatorial games.

The game also features some really great visuals and audio, with a graphics engine that tries to compete on a level of the other big next-gen consoles and a musical score by ‘Rome’ composer Jeff Beal. According to the dev team they are not too far into production (roughly seven months) and are looking at a release sometime into 2010. From what we can tell it will be worth the wait. So, in the meantime, go make some popcorn and put on Ridley Scott’s Gladiator. You need practice!