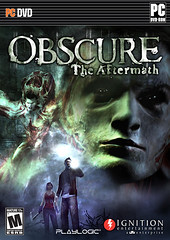 Set after the events of the original Obscure, Obscure: The Aftermath brings the feel of a campy horror flick to your screen. Unfortunately, the game suffers from some setbacks which should have been caught during the design and testing of the title.

The game begins at a university where students have been getting high and hallucinating by inhaling the smoke from burning special seeds. These seeds, however, are actually from the organism-mutating plants in the original game. Well, eventually the evilness of those dreaded plants return, mutating college kids into blood-thirsty monsters and setting the stage for our six heroes to battle them.

The gameplay in Obscure: The Aftermath is unique in that you control two characters at a time. Each character has a special skill such as being incredibly strong, hacking ability, etc. You technically only directly control one of the two characters at any one point, with the other being controlled by the AI (you can always toggle between the two though). 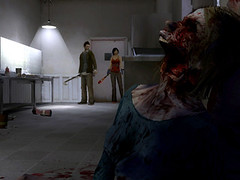 This gameplay element is one of the game’s most creative features. Controlling characters, however – especially in combat, is awkward in the PC version of the game. Another nice feature about the character control system is that everyone shares an inventory, no matter where they are located. While not the most realistic idea, it does make things alot more convenient than they would be otherwise. Your heroes will obtain a variety of melee weapons and firearms throughout the game, however the camera system can be a bit wonky at times, moving to strange angles that makes targeting opponents difficult, even with the game’s built-in targeting system.

Graphically, the game is of the typical Playstation 2 fare and, as that is the game’s original platform, we can’t knock it for that fact. The game’s creatures are creative and well modeled with plenty of mutations to go around and, we must admit, some are pretty creepy. The game’s score was performed by the Boston String Quartet as well as the Paris Opera Children’s Choir and provides good, creepy atmosphere for the player to interact in. 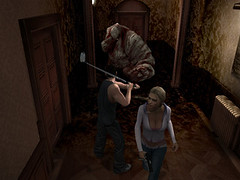 The writing and voice acting are double-edged swords in Obscure: The Aftermath. On one hand, the developers intended the title to be a throwback to those corny and campy horror flicks where teenagers throw popcorn at the screen in protest of a character doing or saying something stupid. If the rest of the game wasn’t so clunky, this would really help pull that design off. Unfortunately, with this clunkiness, players can’t be sure if the bad dialog and acting aren’t just additional problems with the title.

Conclusion: Obscure: The Aftermath does feature some creepy music and might be a more enjoyable down the line should patches come down the road. Unfortunately, in its current state, the game is very unpolished and awkward. We can only recommend it to fervent fans of the survival-horror genre at this point. 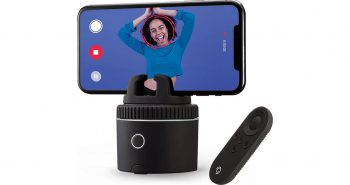 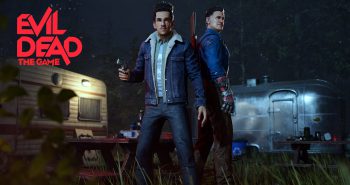 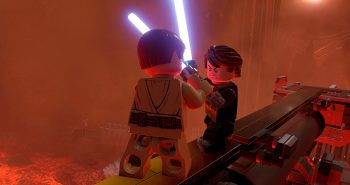