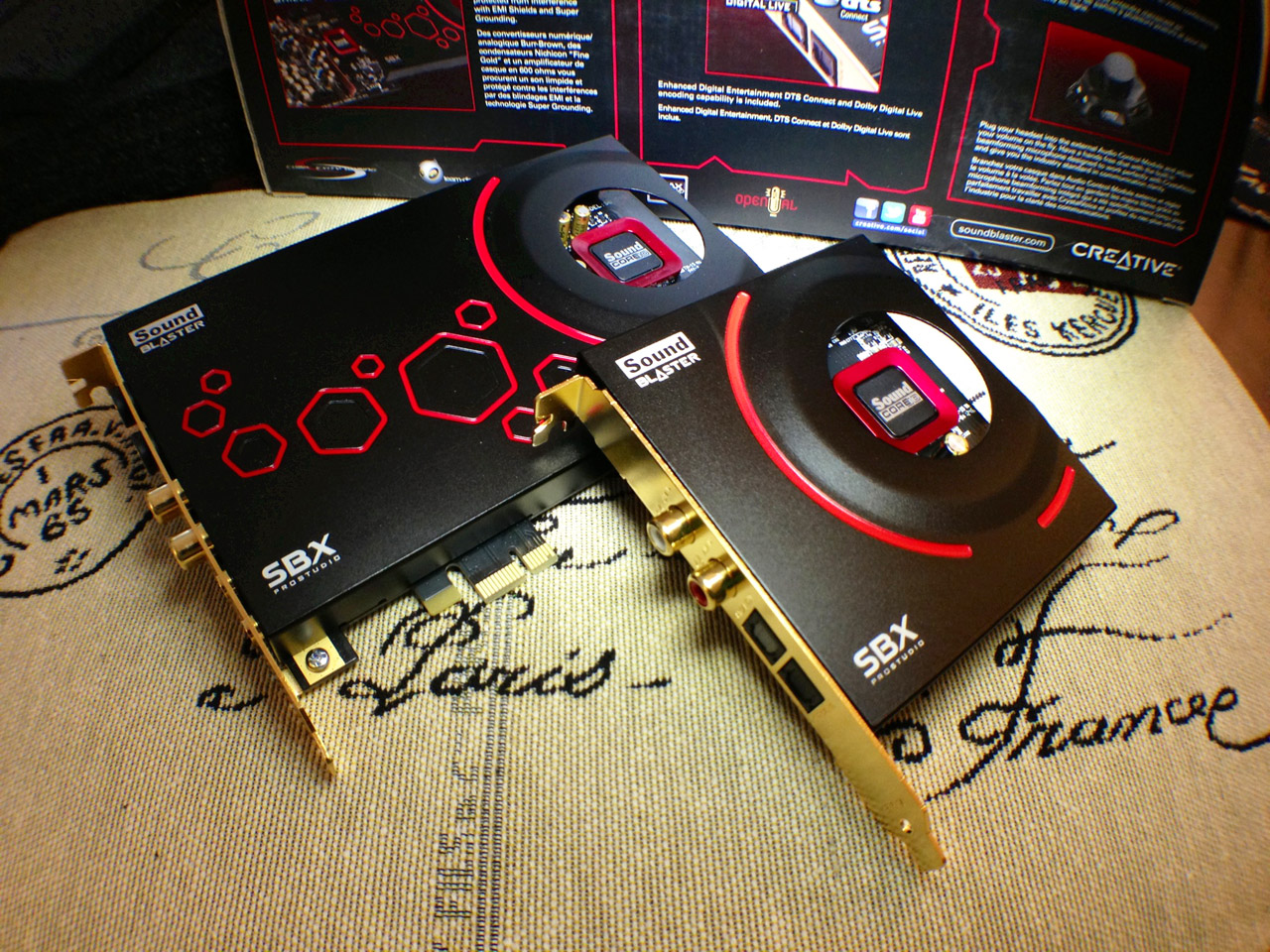 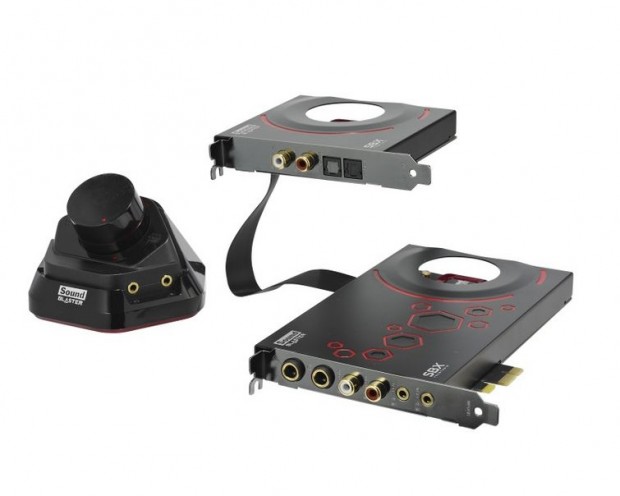 The new Creative Labs Sound Blaster ZxR sound card is a behemoth of audio goodness. Un-boxing everything from the package, I was very impressed with the design style Creative Labs put into their new, flagship sound card. The sound cards feature black aluminum bodies with red accents and a pleasing shine. You did read that correctly: Sound cardS. As it turns out, the Sound Blaster ZxR comes with two cards that install into your computer system. The first card is the base ZxR itself, and the other is the DBPro daughter board. The DBPro board contains optical inputs and outputs as well as RCA audio-in ports. The third item I took from the Sound Blaster ZxR box was the ACM, or, Audio Control Module. The ACM is a small module which features both 3.5mm and 1/4″ inch headphone and microphone jacks. It also features a large, rotating volume knob providing fine adjustments, specifically for the headphones.

Installing the Sound Blaster ZxR took very little time and did not yield a lot of surprises. Installing the DBPro daughter card was a bit odd as it does not feature an PCI-E slot connector. It simply slides into where a card would usually sit and gets screwed down. The two cards are connected by a small daisy-style ribbon cable. After getting the two cards installed, I put my PC chassis cover back on and connected the Audio Control Module to the back of the sound card. Once I booted into Windows, I installed the drivers and control panel from the included software CD and let the auto-update program work its magic.

The main sound card features a built-in headphone amp capable of powering studio headphones with a 600ohm impedance. Additionally, it has all the hook-ups for very high quality 5.1 channel surround sound. My 5.1 speaker setup was rocking my gaming desk with just how incredible the sound was. The Sound Blaster ZxR’s 124dB Signal to Noise Ratio allowed for some very clear and powerful sound to be produced. Switching over to my headphones, I was equally-impressed, as my Sennheiser headphones could fully take advantage of the great sound quality. Most sound cards – especially on-board cards, do not put out very clear sound, so high end headphones go to waste. Not in this case, I am happy to tell.

Actually, I was really hoping that I could run two separate headphones from the Audio Control Module as it technically room for two. Unfortunately, you can only use one of the outputs (1/4″ or 3.5mm) at a time. One really cool feature of the Sound Blaster ZxR applies mainly to musicians looking to record their own tracks. The DBPro daughter board has a Sound Core 3D audio processor unit just like the main sound card. This means that you can apply the Sound Core 3D audio effects to the audio inputs from that source as well.

I did note a very infrequent, but serious bug with the Sound Blaster ZxR. Once in a great while, the card seemed to stopped outputting sound when the output selector was switched from “speakers” to “headphones” or vice versa. No matter what I did after that short of a full PC restart would correct the problem. Hopefully, this is a bug that Creative Labs can track down and patch out sometime in the future. Otherwise, I did not note any other bugs or problems. 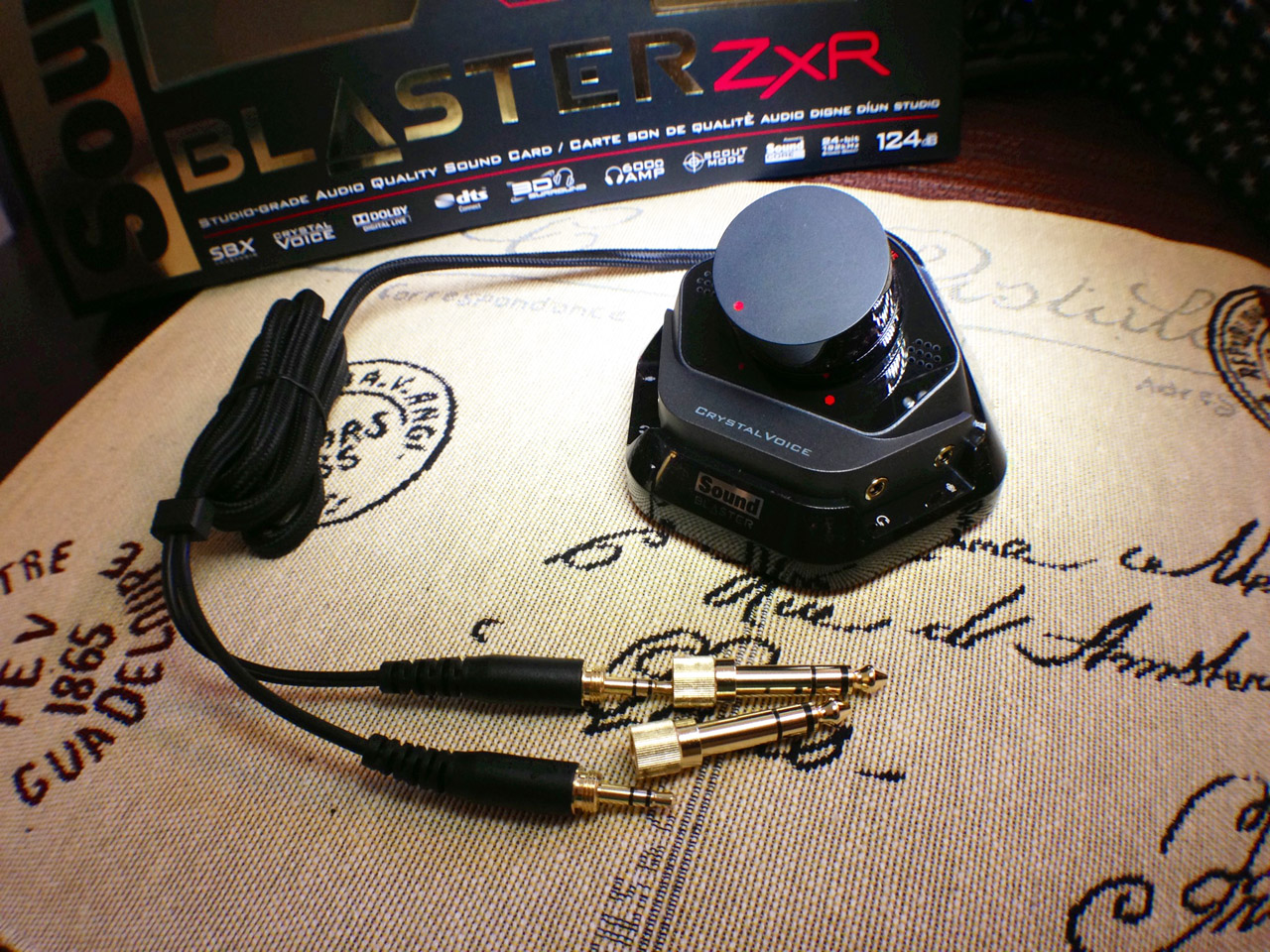 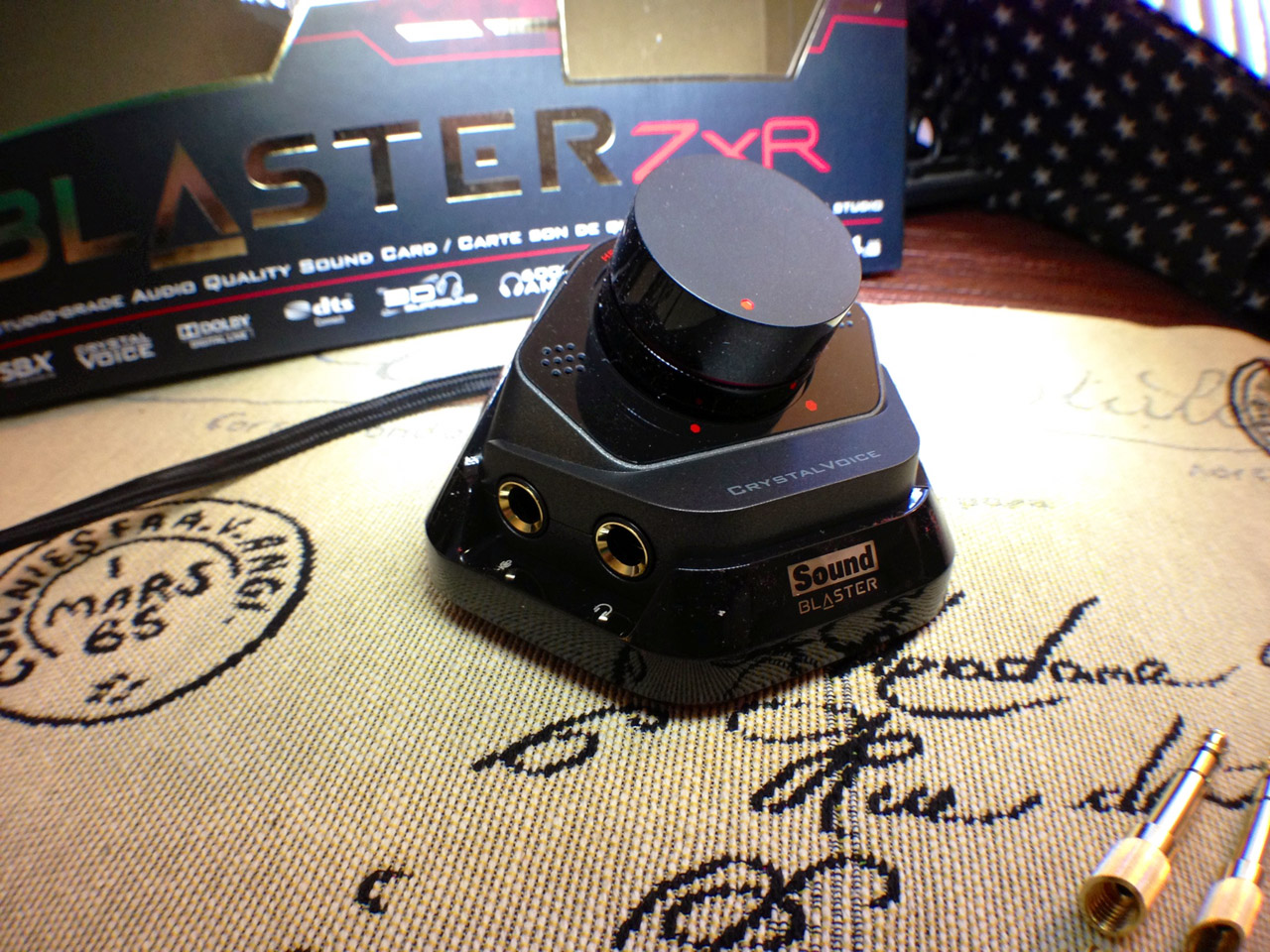 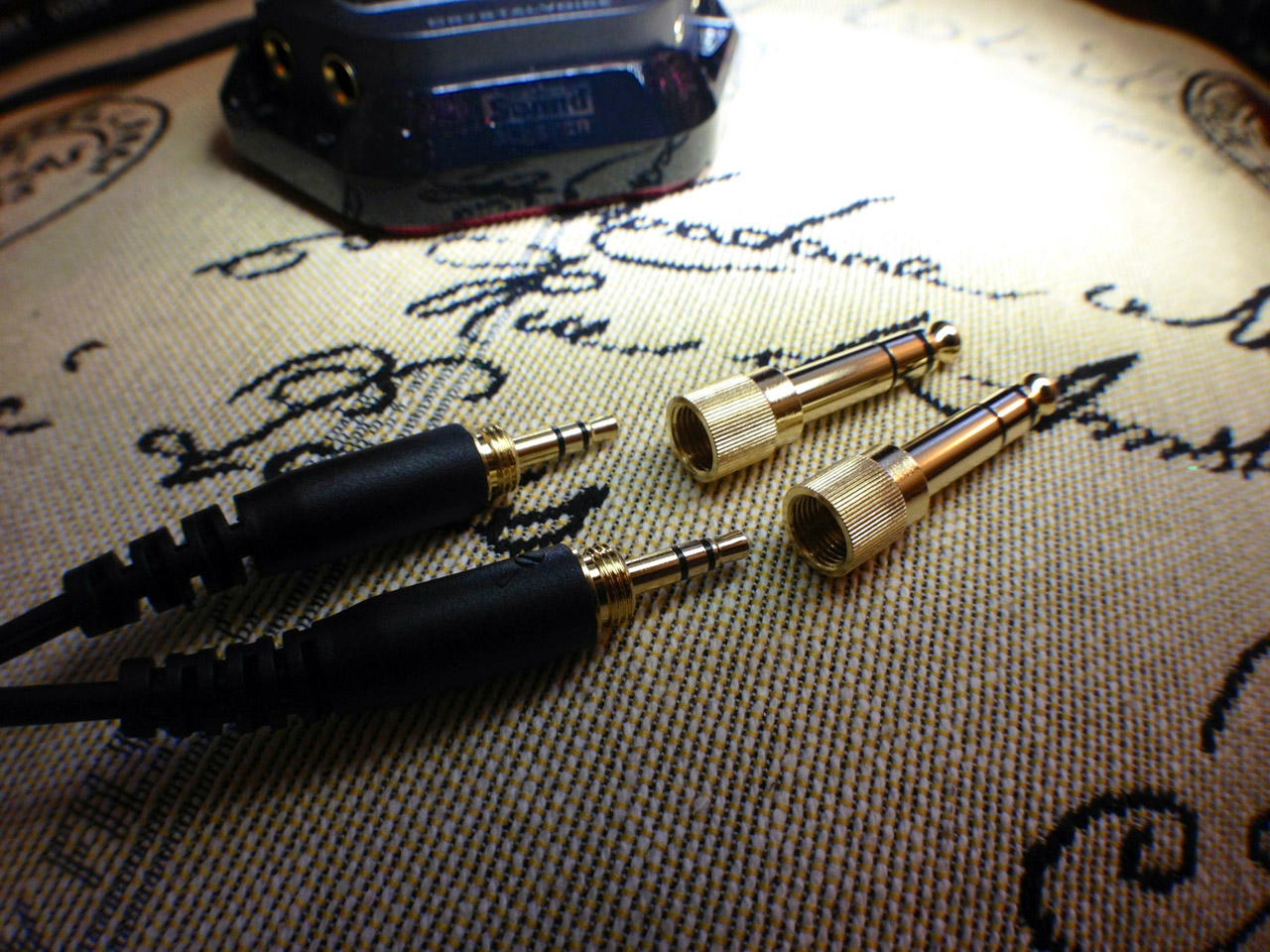 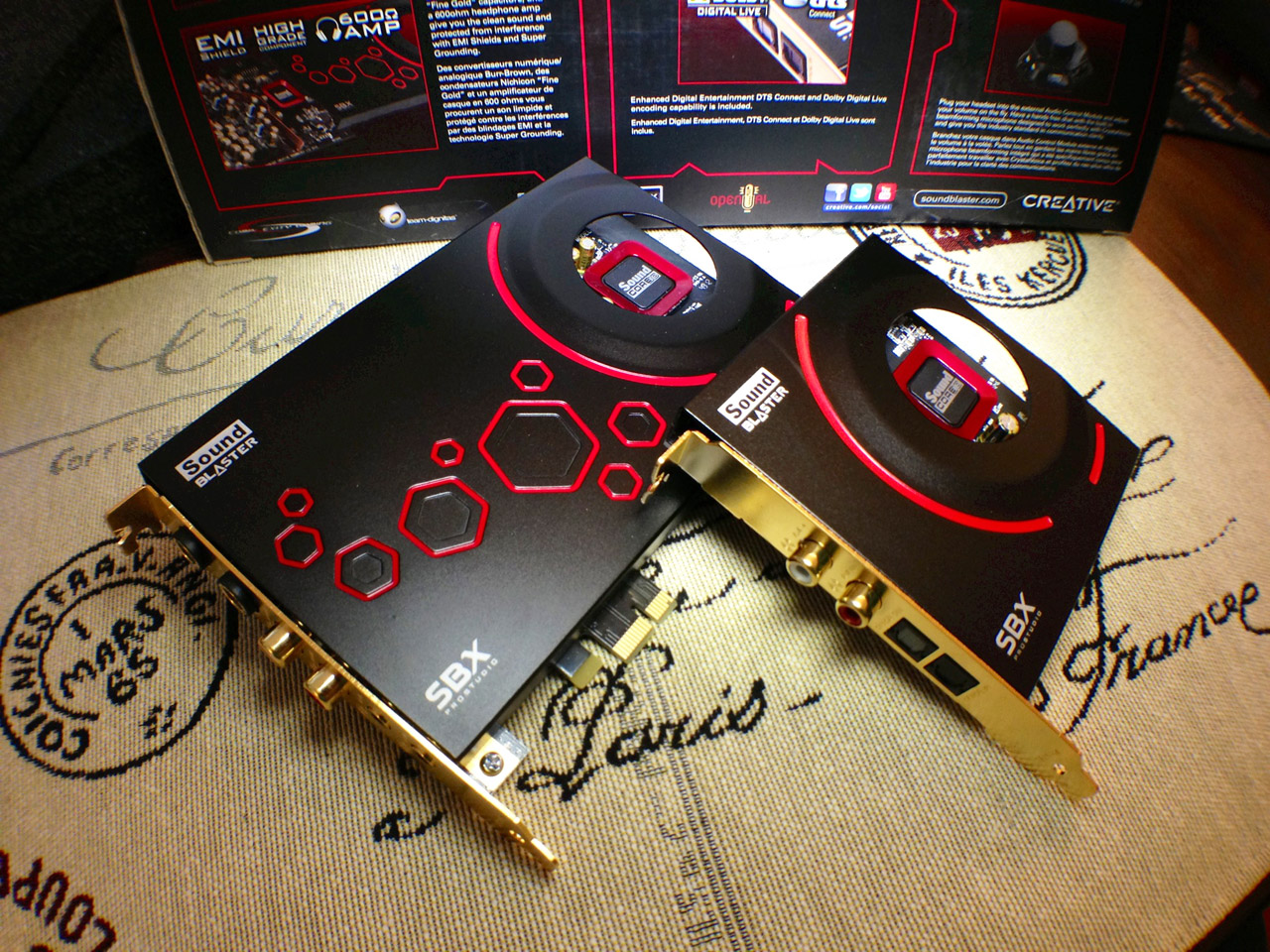 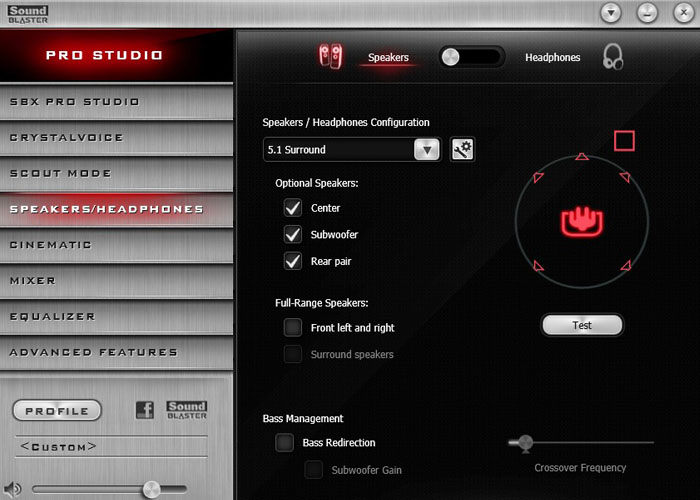