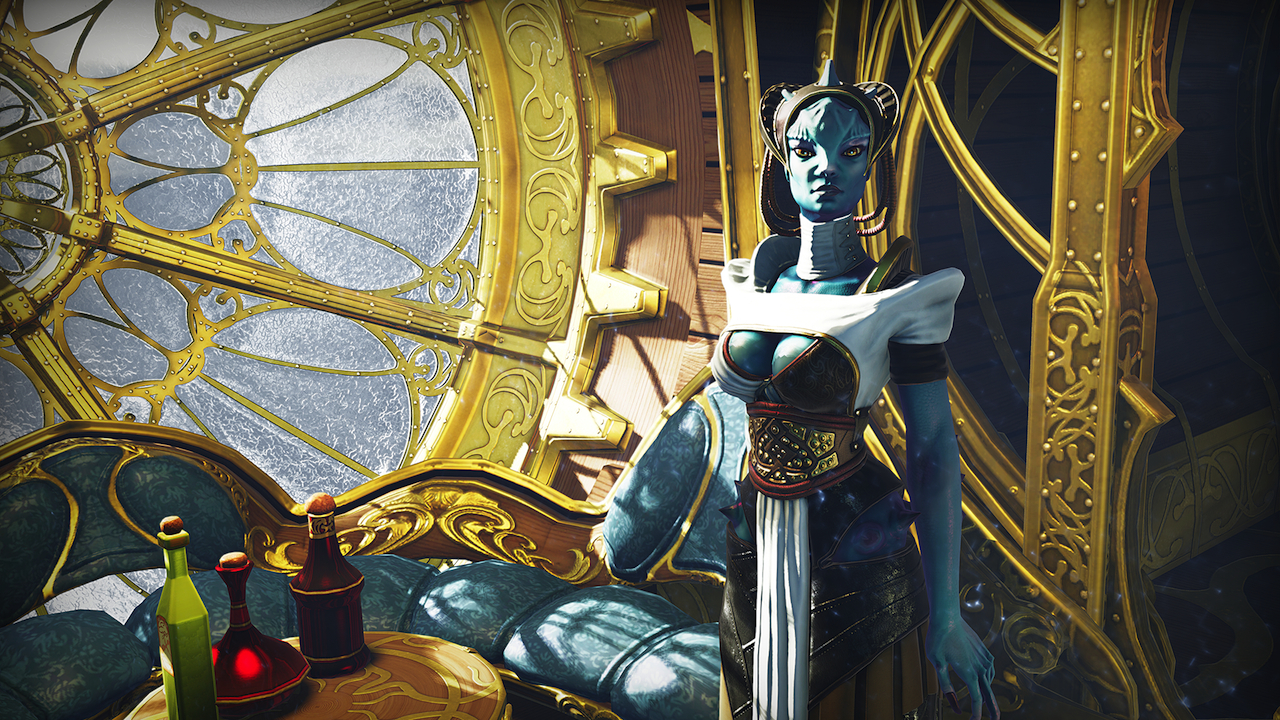 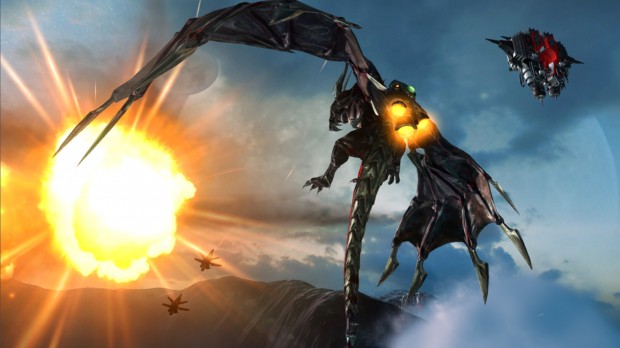 Earlier this week, I trekked out to a very rainy and cool Santa Monica, CA to checkout Larian Studios upcoming Dragon Commander, a strategy title rife with political dilemmas and troop management. Of course, you also get to transform into a flying dragon on the battlefield to rain down fire on your enemies, but I digress…

During our preview of Dragon Commander, most of the presentation was spent aboard the protagonist’s airship, the Raven. You play a bastard prince, who’s father’s death has left the empire split into rival factions helmed by his sons. The world is based in a traditional fantasy setting, but it seems that demons have touched the world by bringing all manner of steam-punk style technology into it in. Your job is to unite the empire (through real-time strategic combat) and somehow rid the land of the “evil” technology.

Onboard the Raven, the overall interface is similar to that of the TCS Tiger’s Claw in the original Wing Commander. The ship has various rooms, each with NPCs to interactive with. This character interaction is the bread and butter of Dragon Commander’s storyline. You will often be presented with controversial decisions to make. These questions range from the mundane to whether or not gay marriage should be allowed. A few turns down the road, the decision gets even more complicated when you have to decided whether to allow gay folk into the army. This is just an example of the hard-hitting political decision-making you will have to perform. 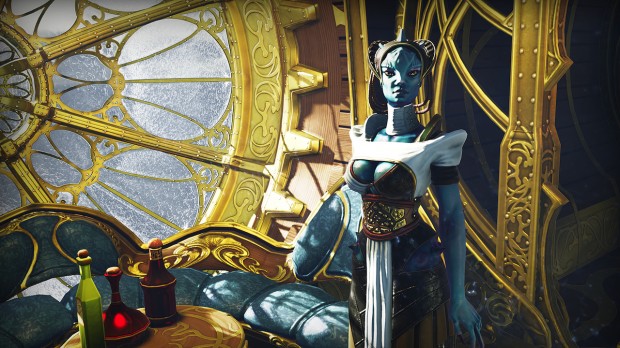 The world is made up of several races, from Undead to Imps, and more. Each have their own cultural viewpoints and your decisions will undoubtedly affect how they support you (or not). The game never passes judgment on the player’s decisions, which is nice. After all, you are the prince, you make the rules. Who are they to nay say?!?

So, after you are done interacting with characters on the Raven, you can jump to the map view, which is setup in a Risk-like board game layout. From their, you can monitor all your territories, move troops, and build new units. Once you have moved all your units, you press the “end turn” button, and movement unfolds. Battles can be auto-resolved or manually-fought. One developer mentioned that the game can be played basically like a strategic strategy title, and RTS gameplay barely touched on if played smartly (the player just auto-resolving all combats). However, Larian Studios has put a lot of work into getting an RTS game into this turn-based game when battles are fought manually.

The fully 3D battle maps can be viewed via virtual camera in just about all directions. You click and select your units, direct them towards fortification points which can be used to build new battle facilities (such as barracks, factories, etc) and also smaller fortification points which can be used to create things like turrets. After assembling your army, you will most likely want to engage the enemy. It is important to note that all the armies of this game world share the same unit types – however, each grants bonuses to the ones they want. This is where armies will truly diverge in tactics. 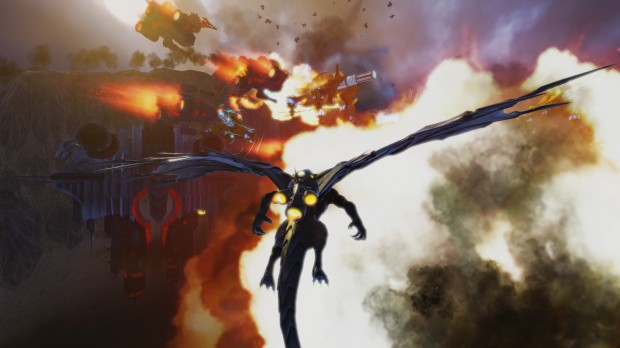 The game’s namesake obviously points to dragon commanding combat, and you can do just that. At any point on the battlefield, so long as you are close enough to a friendly unit, you can transform the camera into a third-person view of your dragon flying about the sky. You can control the dragon like a ship could be controlled in the Descent games, and depending on what upgrades you have purchased for your dragon, you can reign some serious hell down on the enemy. While dragon-only combat is possible in some instances, it should be noted that dragons are very ineffective against enemy buildings, so you will most-likely have to take those with good old fashioned boots on the ground.

Overall, Dragon Commander promises to be a very intriguing and deep game where player decision will have a large outcome on their fate and that of the empire’s. Dragon Commander is scheduled for release on the Windows PC platform sometime in the middle of this year and, so far, is looking mighty polished.