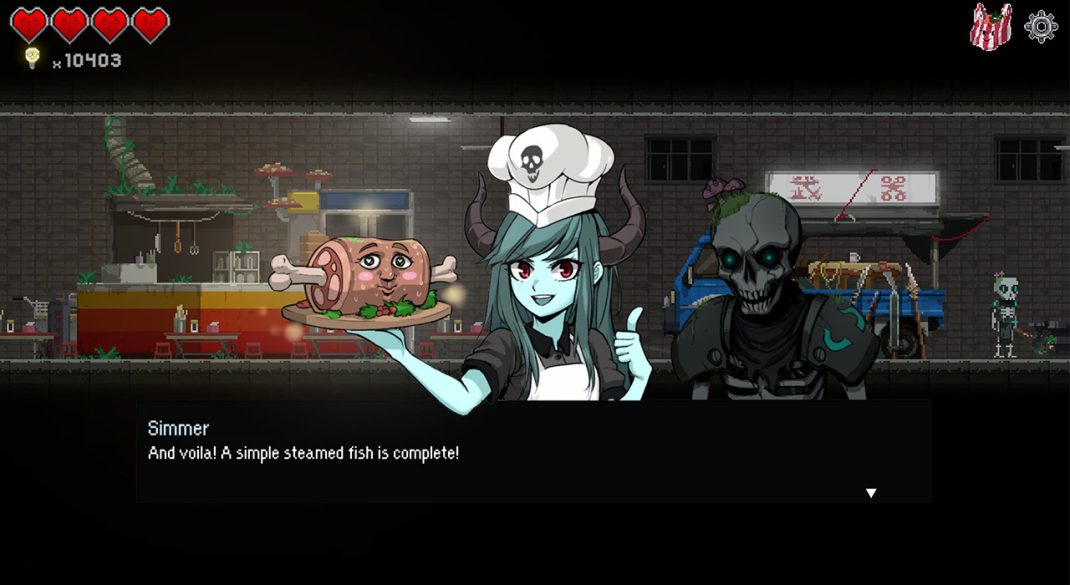 Dungeon Munchies, the monster-mashing, side-scrolling action RPG developed by maJAJa and published by Chorus Worldwide, offers a delectable physical edition for PlayStation 5|4 and Nintendo Switch, available today at retailers in North America courtesy of Serenity Forge. A European release will follow at a later date.

Originally fully released on Nintendo Switch and Steam last year after debuting in Steam Early Access, each physical copy of Dungeon Munchies comes with some bonus treats. Along with a physical copy of the game, savor a sticker sheet full of skulls and spirits, a double-sided poster featuring a cookbook of recipes, and a soundtrack download card to redeem a digital version of the original soundtrack.

A loud, rumbling growl emanates from under the earth. In a massive underground complex, a hand emerges from the dirt and pulls itself out from the abyss of death. Now, louder than ever, the zombie’s ravenous hunger echoes forth from its empty belly. With some creativity, the surrounding monsters could offer a solution…

With the help of Necro-Chef Simmer, self-proclaimed culinary “expert” of the Underworld, learn how to convert the surrounding creatures into transformative meals. Plunge the depths of myriad environments filled with macabre, combative creatures, each offering perks when cooked and consumed. Fry up some mosquitos and toss ‘em back to gain their wings alongside a new double jump ability.

Found an electrified snail? Eat it to find strong undertones of a shocking counter attack. Dismember creepy crawlies and become a well-fed Franketnstin’s Monster of food-fuelled feats. Can’t eat it? Craft with it! Use leftover creature parts to improve survivability with upgraded equipment.

“We relish Dungeon Munchies launching physically,” said Shintaro Kanaoya, founder and CEO of Chorus Worldwide. “These delicious physical editions of Dungeon Munchies from our friends at Serenity Forge bring their usual delectable level of detail to this award-winning game. The standard edition will include tasty extras including a soundtrack download, while the Collector’s Edition is a veritable all-you-can-eat feast of goodies to satiate any appetite…”