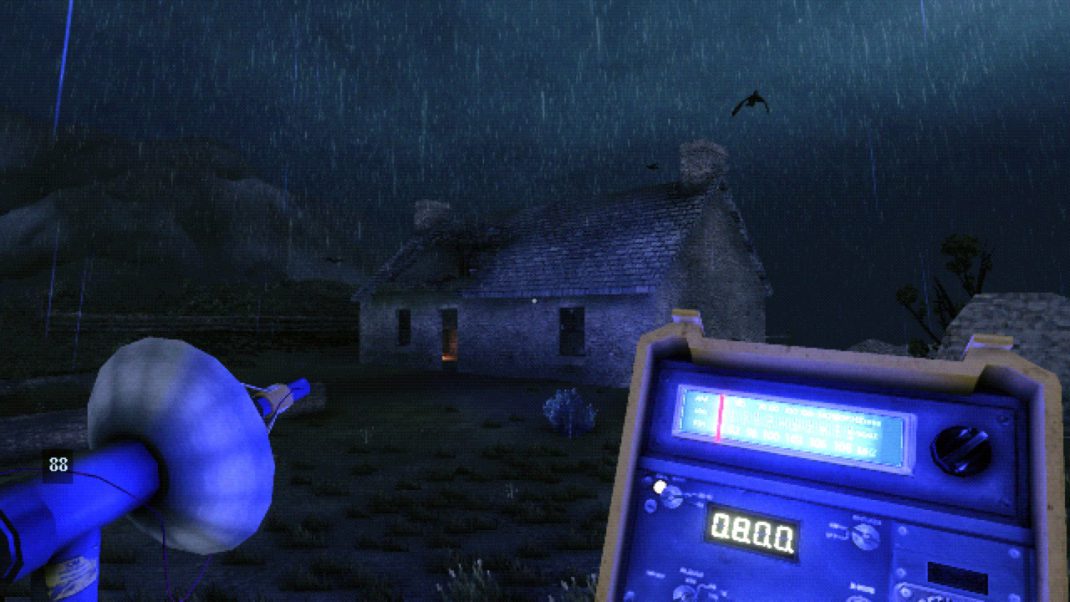 Chasing Static Out Now on Consoles

Chris Selwood’s return to North Wales is a somber homecoming brought on by the passing of his father. There is something strange about the rural Welsh forests, and after a terrifying run in with an unseen force, Chris finds himself thrown into a twisted vision of what was once familiar.

As something stalks Chris’ tentative steps, his only chance for finding answers lie in the pages of his late father’s journal. Brimming with cryptic notes, and hopefully a means of escaping his current nightmare, Chris must begin a journey that echoes his father’s final days.

Scan and decode the faint sounds and whispered conversations of spirits using the Frequency Displacement Monitoring Device, in haunted environments like abandoned buildings and sinister pitch black forests. Solve puzzles and uncover the clues to piece together how these wandering spirits met their demise.

Unravel an unnatural mystery from a first-person perspective complete with hi-fi sound design and full voice acting in a retro, low-poly aesthetic reminiscent of the late-90s and early-2000s survival horror classics of old with a disturbing narrative inspired by 80s Sci-Fi horror and contemporary surrealist cinema to set the stage.

“Being able to give as many people as possible the chance to experience Chasing Static is an incredible feeling I can’t describe,” said Nathan Hamley, Founder, Headware Games. “We hope that players on Nintendo, PlayStation, and Xbox have just as terrifying experiences as the many who played on PC did.”