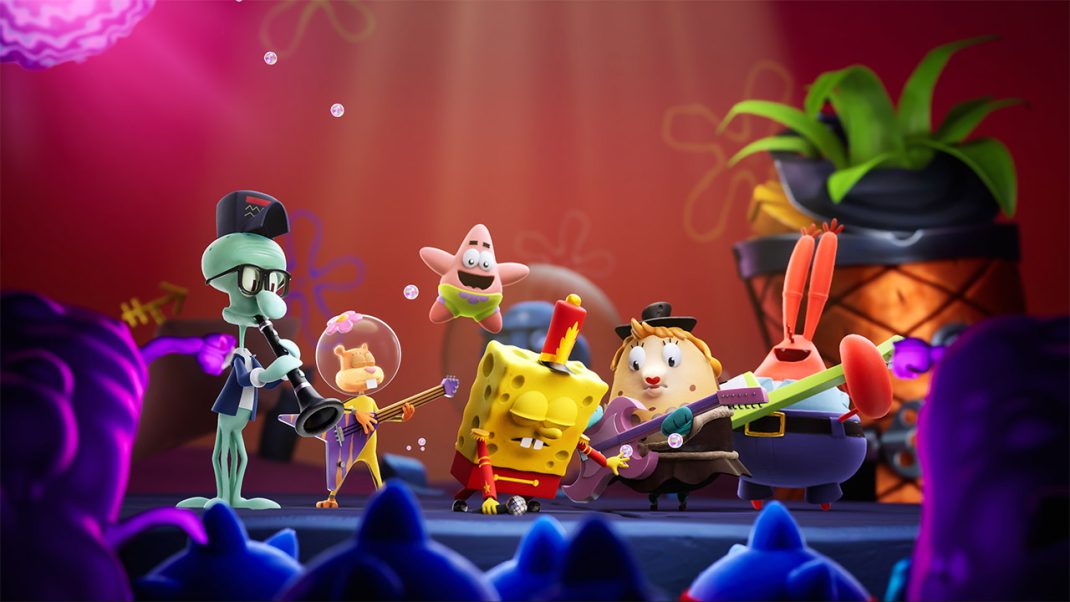 Meet all your favourite Bikini Bottomites in the premium cross-platform game SpongeBob SquarePants: The Cosmic Shake! THQ Nordic, in association with Nickelodeon, today revealed a brand-new trailer previewing SpongeBob and his friends coming together in this cosmic adventure. Watch SpongeBob and his best friend Patrick, his house snail Gary, karate-pro Sandy, the music-loving Squidward, and many more – all voiced by the original voice actors! Meet old friends and make new ones while saving Bikini Bottom!

A vial of magic Bubble Soap is given to SpongeBob and Patrick by the mysterious fortune teller Kassandra, what could possibly go wrong? They bubble up too many wishes and what seemed like harmless fun turns into a cosmic catastrophe: the very fabric of reality unravels and magical WishWorlds open up everywhere! With many of SpongeBob’s friends being sucked into these strange worlds, your favorite sponge must don various cosmic costumes to travel to the WishWorlds and bring back his friends to restore Bikini Bottom. But beware, Kassandra may not be the helping hand she claims to be…

Included in the Costume Pack: