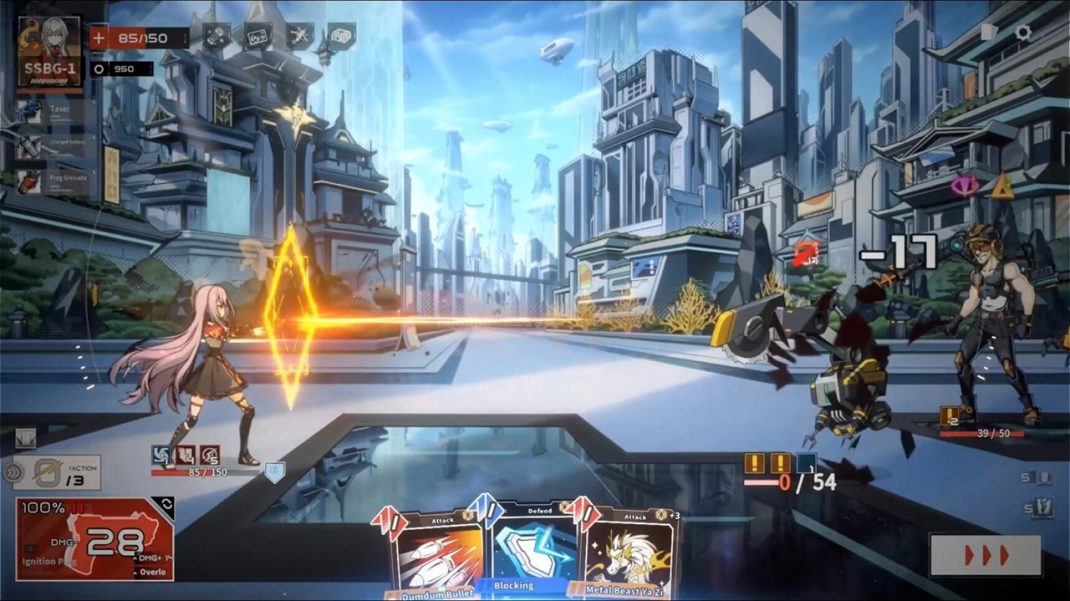 All it takes is one card to alter destiny. Archive Games is proud to announce Theseus Protocol, a deck-building roguelike where rebirth offers strategic opportunity. Wield a suite of vigorous cards and powerful weapons to gain the tactical advantage against ruthless foes in challenging turn-based battles. Ahead of the Early Access launch on January 17th, players can begin to craft their deck building strategies and play the Theseus Protocol open beta on December 20th.

Welcome to Mark City, a dystopian sci-fi world riddled with elitist conspiracies, gang induced turmoil, and dark secrets. Theseus Protocol features a fractured, non-linear narrative across branching paths which unravels through each successive run. Charge head-first into an enemy infested factory, or explore a desolate recycling center which emanates the scent of stale blood? No matter the approach, each choice and encounter will uncover the vital details necessary in revealing the history behind Mark City and its inhabitants.

As the mysteries hidden beneath Mark City come to light, players will engage in high-octane turn-based battles and unleash an arsenal of extraordinary cards against brutal adversaries. When spending any available action points, tactical thinking will always be the key to victory. Execute an all out offensive strike, or utilize a few cards to fuel Prometheus’ weapons? Strategically move position in anticipation of an attack, or build up a solid defense? The fate of humanity lies within the ultimate deck and a masterful strategy.

Draw, dodge, and decipher the truth. Wishlist Theseus Protocol as if all of humanity depends on the simplest click. Players eager to take their first steps into Mark City before the Early Access launch on January 17th may do so with the open beta available on December 20th.