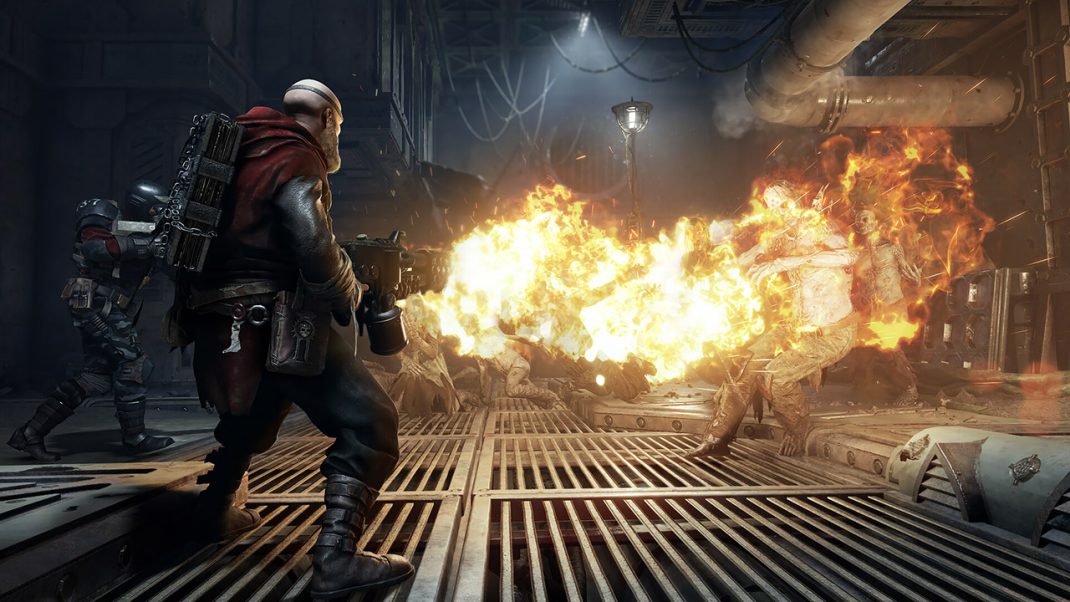 Role playing games such as Dungeons and Dragons have been around since the early 1970s and by the mid 1990s sci-fi table top properties such as D&D, Shadowrun and Warhammer 40k did well enough that several table top games crossover as popular video games to this day. A great example is Warhammer 40k: Darktide, the latest game from Fatshark the team that brought us Warhammer: Vermintide 2.

The hive city of Tertium has been taken hordes of monstrous enemies and by monstrous they are actually soldiers driven mad by war or plague or sinister forces that have resulted in nasty mutations and heretical fervor. You are a reject that has been imprisoned for one crime or another but given one last chance to serve the Inquisition by saving the city from the dark force corrupting the land. If you fail, the city falls. 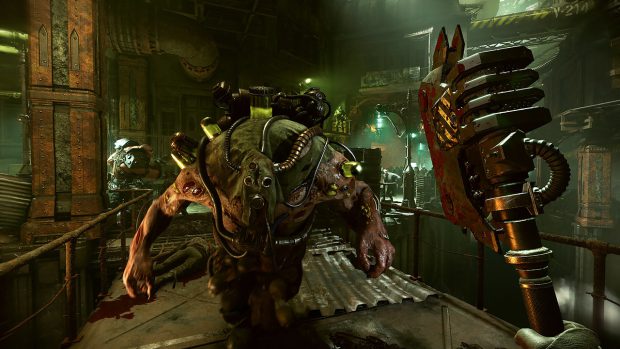 An important thing to take note of in Darktide is the visual and sound quality is quite impressive and immersive. In a game of fantasy and technology colliding it can be hard to be immersive, so creating an amazing but somewhat believable world can be crucial. We definitely recommend using headphones for the deep, rich sound and good voice acting. Speaking of voice acting, over 85,000 lines of dialogue were recorded for the game! The video quality is apparent from the moment you open the game and in everything from the cut-scenes to the madness of battle against wave after wave of foes come charging at your team over and over, playing in the dark can draw you in more too.

Your team consist of 1-4 players playing co-op in matches chosen from a quest board. The higher you level the harder the maps that open up to you. In many 3rd or first person shooters you can pick up enemy weapons off the ground as you progress through the level but this game has it set up differently: you earn gold from missions then spend it on weapon upgrades. Each member of the party can choose between 4 classes that designed to match mostly common classes of shooters and RPGs. You can be a Skullbreaker (tank), Preacher (paladin), Psykenetic (mage), or Sharpshooter (sniper/warrior). If you like to run off on your own instead of sticking together you will probably get wiped out without a hand to help you. The game is designed to be co-op dependent, watching each others back is how you get through it. Share your resources as you come to them as well, if you hog all the ammo and health your teammates might think that you can just play on by yourself. You don’t each have to have a different class like some games do but it doesn’t hurt to mix it up either. If you have played Vermintide 2 or The Evil Dead or Hunt Showdown even a majority of team based games in recent years like Team Fortress or Resident Evil then you have a good idea about the gameplay. 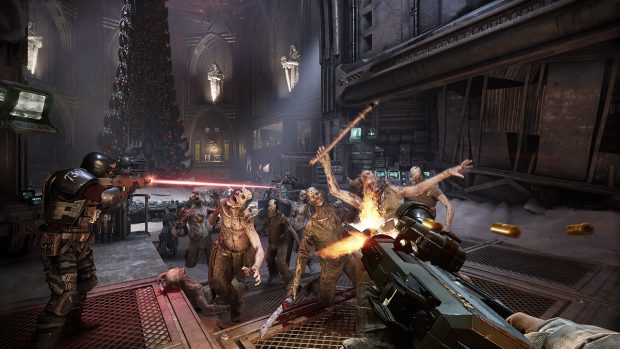 Gameplay is an interesting hybrid of range and melee, it mostly seems to come down to thinning them out with range attacks and be ready to strike and defend with your weapon upclose and personal. As a result you defintely want to work on upgrading range and melee attacks as well as weapons and armor. Not all changes need to be upgrades though, you can take your time building your character from the ground up from back stories to voice and body decisions such as build, tattoos, even the colors of eyes and hairstyle. It’s nice to not only play the style you choose but the build you like. If you get the Imperial Edition you also get extra outfits, skins, headgear and cosmetic portrait frame as well as a special tattoo and some premium currency. You even get the digital soundtrack!

One concern is whether or not there will be enough of a presence on the servers for the games to be kept full. This is mostly a concern since there are a lot of shooter games out there right now from remastered titles to new titles that require a small squads and are relying on the same pool of players. Being Warhammer 40K with its prestige-laden pedigree, it should bring players from everywhere from P&P table top players to Call Of Duty fans. Plus Fatshark, the developer, has promised this is just the first taste of a long lasting title spanning years which should keep players coming back for more.

Warhammer 40K: Darktide is just beginning as a title and already it is an impressive game. There is a lot of play in the game already with great graphics and sound and a variety of missions with different difficulties. It doesn’t punish a new player but still challenges a veteran of co-op games which can be a hard balance to achieve. We look forward to seeing how the game evolves and the fight goes on. Long Live The Inquisition!