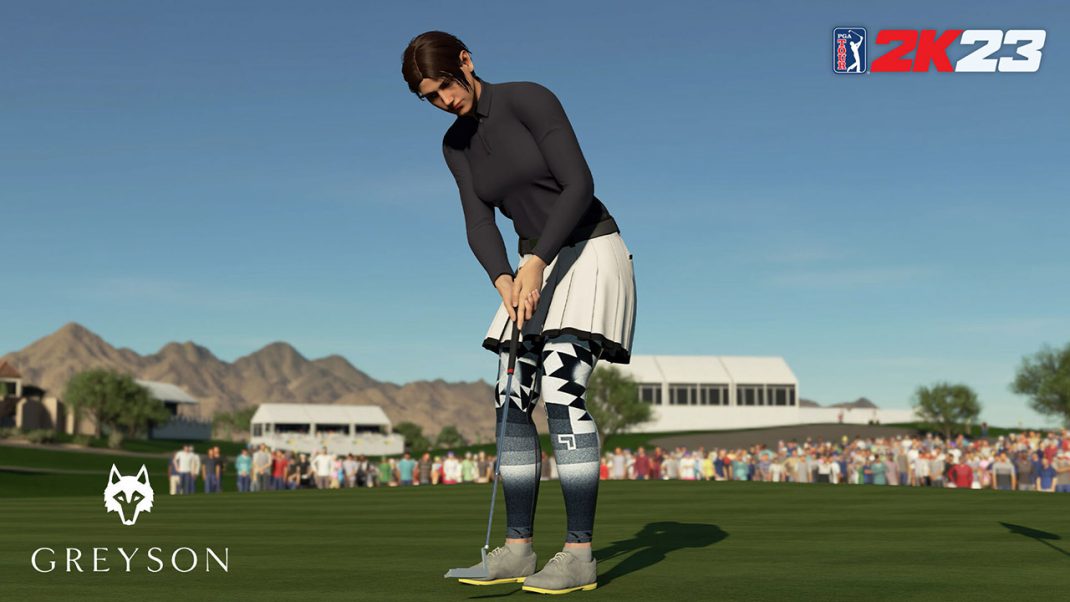 PGA TOUR 2K23 is geared up and ready to bring the holiday spirit this December with a golf bag packed full of goodies, including a new course, new playable character, limited-time challenges and apparel.*

Torrey Pines Golf Course is a 36-hole public course perched atop seaside cliffs in the scenic La Jolla area of San Diego, CA, and host of PGA TOUR’s Farmers Insurance Open. With their picturesque views of the Pacific Ocean on full display, both North and South courses will be free to all PGA TOUR 2K23 players via an automatic game update starting December 2.**

Matthew “Nadeshot” Haag, Founder & CEO of premium lifestyle brand and gaming organization 100 Thieves will make his debut as a playable character in PGA TOUR 2K23 on December 15. An avid golfer and PGA TOUR 2K player, Nadeshot previously made his mark on the franchise with a Course Designer collaboration called ‘Thieves Landing,’, and appeared in the PGA TOUR 2K23 ad campaign. Following Nadeshot’s in-game appearance, a 100 Thieves “100 Holes Challenge” will tee-off in game in early January. Over the course of five weeks starting on January 5, players will be challenged to play 100 holes per week. Players who complete 100 holes will receive the corresponding reward for that week, the following Monday. Keep an eye out for the in-game notification announcing the start of the 100 Holes Challenge in January for more information.

From December 8-14, players can also participate in a new challenge with the “Barstool Break 90 Ladder Challenge”, featuring branded gear from the largest and most influential digital sports, entertainment and lifestyle multimedia brand, Barstool Sports. Players will be challenged to break a score of 90 as many times as they can in 18-hole rounds. The more times they break 90, the more Barstool-branded items they’ll earn. More information on the “Barstool Break 90 Ladder Challenge” will be announced via an in-game notification.

Finally, Greyson Clothiers apparel, as worn by PGA TOUR pro and PGA TOUR 2K21 cover athlete Justin Thomas, as well as a new Dude Perfect-branded black hoodie will also be available this month and free to all players to swag out their MyPLAYERS in the Pro Shop. Players will also be able to spend their VC on a selection of festive holiday gear available via the in-game store.