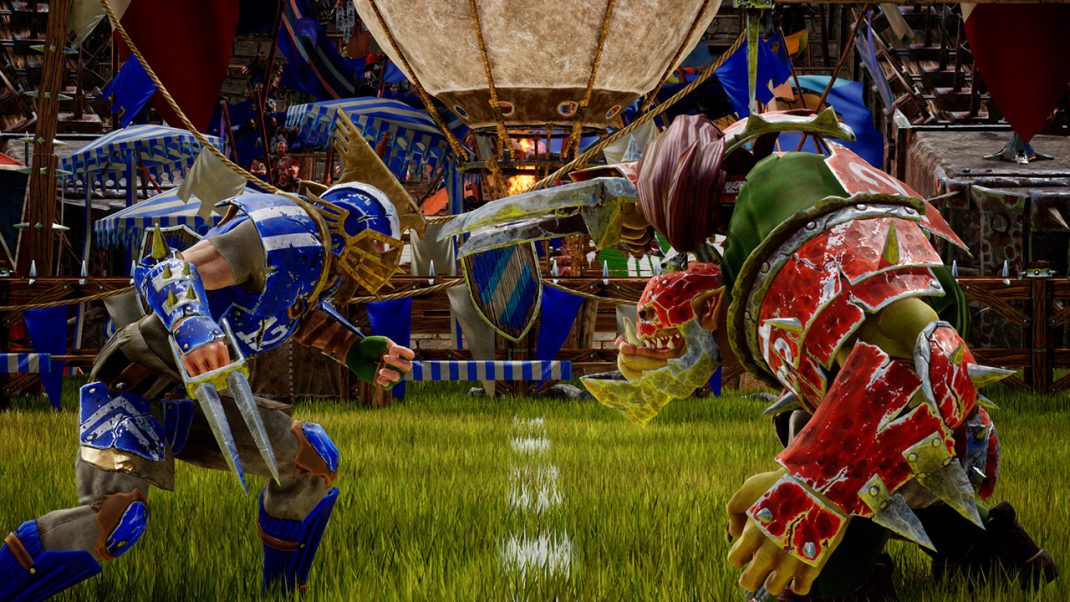 Fans of sport, fantasy and turn-based tactics: do a stadium wave for Blood Bowl 3! The madcap turn-based strategy game set in the Warhammer universe will be available on 23 February 2023 for PC, PlayStation®4, PlayStation®5, Xbox One and Xbox Series X|S.

In the fantasy world of Warhammer, diplomacy is usually left on the sidelines in exchange for a more brutal approach to solving conflicts. And Blood Bowl is no different, but it takes place in a stadium, with a ball, and the number of casualties is usually lower. Under the patronage of the god Nuffle, two teams go head-to-head on a pitch similar to an American football field and try to score more touchdowns than their opponent.

In Blood Bowl 3, you take on the role of coach and build a team from one of the Blood Bowl factions, which includes humans, orcs, dwarfs, elves and other creatures from the Warhammer world. You manage and upgrade your team off the field, then control your players in turn-based matches by giving orders to each player: grab the ball, mark an opposing player, and of course, dish out some punches, whacks and thumps… in other words, knock down opponents so you can score some touchdowns.

Based on the latest edition of the legendary board game, Blood Bowl 3 is a fantastic virtual experience that beautifully complements the physical game. This edition adds a variety of new features, including dedicated passing statistics, a range of playing fields with their own gameplay rules, coaches, multiple cheerleaders, and exciting Star Players.

And, of course, everyone’s favourite dynamic duo Jim and Bob are back giving their signature play-by-play commentary for every action on the field, whether it’s a tactical move or brutal tackle.

At launch, the game will feature 12 factions, including 4 playable for the first time in a Blood Bowl video game. Each faction has its own unique characteristics and related content. There are also single-player and multiplayer modes as well as more customization options than ever before. Follow us on our social media channels to ensure you don’t miss any news!