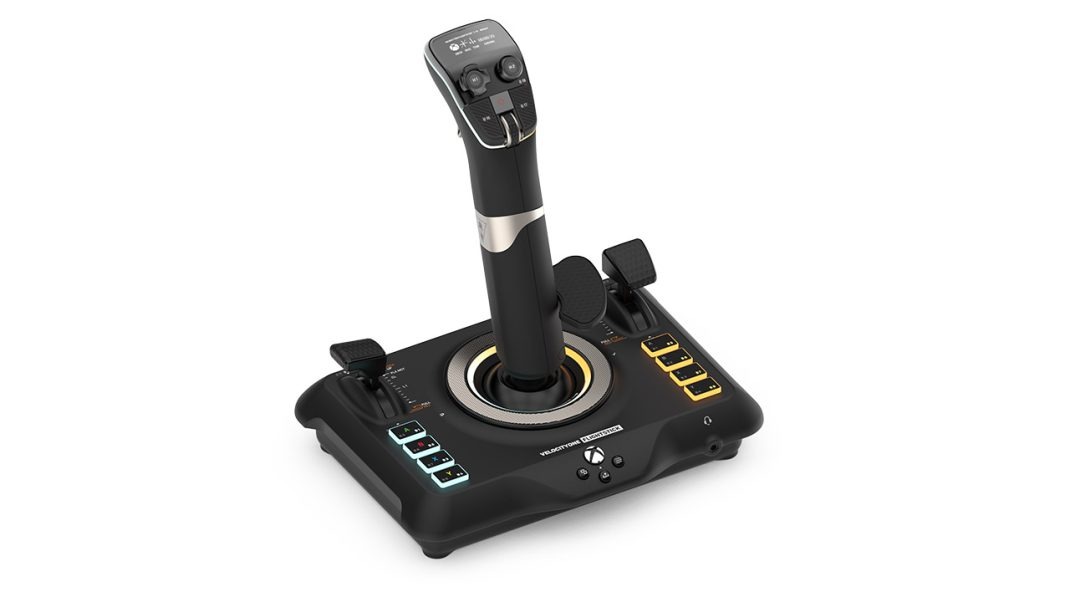 “VelocityOne Flightstick melds Turtle Beach’s expertise in controller design with the latest technologies to give air and space combat sim gamers a groundbreaking, modern flight stick controller experience,” said Juergen Stark, Chairman and CEO, Turtle Beach Corporation. “While our award-winning VelocityOne Flight products continue to impress the flight simulation community, there’s a massive audience of gamers who love air and space flight combat, making the Flightstick perfect for games like Microsoft Flight Sim 2020, X-Plane, Elite Dangerous, War Thunder, Star Citizen, Everspace, and Star Wars flight games to name a few. However gamers want to fly – whether casually, or by the seat of their pants with their hair on fire – it’ll be a better experience with VelocityOne Flightstick in their hands.”

Additionally, gamers who know there are no points for second place can also download the latest Maverick expansion update in Flight Simulator 2020 and take to the skies flying the same training runs and missions as if they are the world’s gutsiest fighter pilot.