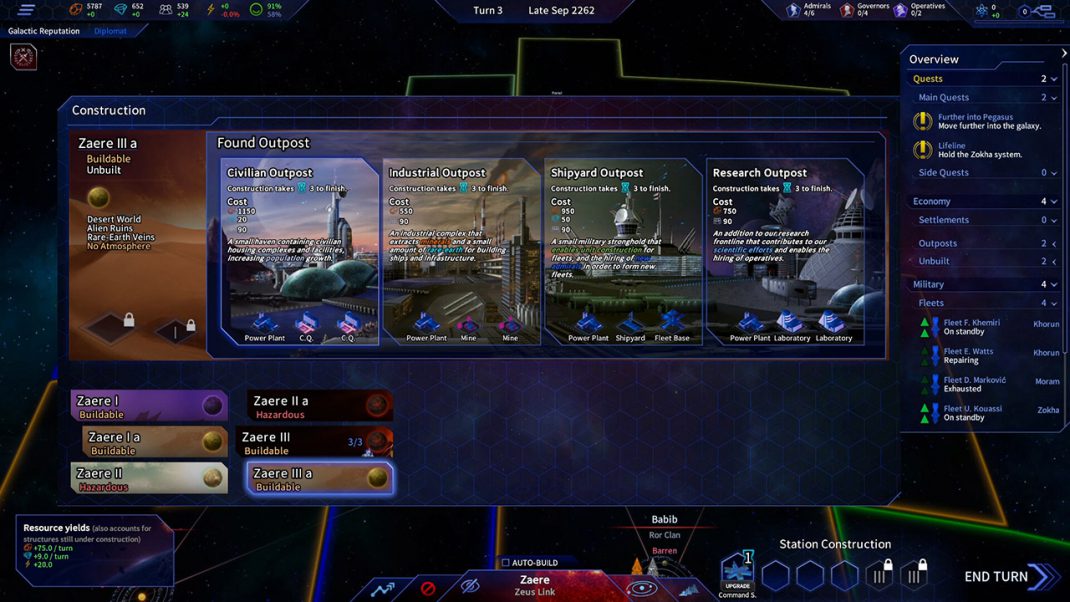 At launch, players will have access to the full main story campaign featuring around 20 hours of gameplay, and will receive additional content updates, new features and quality of life changes based upon community feedback as part of the Early Access roadmap – including four brand new scenarios, each of which will function as a mini-campaign that introduces surprising new settings and fresh twists to the 4X-gameplay.

A detailed look at the Early Access roadmap can be found on Steam.

The Pegasus Expedition is a story-driven sci-fi grand strategy game set in a key moment for humankind’s survival. Facing an overwhelming threat at home, humanity sends an expedition to the Pegasus Galaxy in a desperate final attempt to find a refuge for the population of Earth, only to find themselves in the middle of an interstellar war they inadvertently started.

Building on the legacy of the grand strategy genre, the game adds a strong narrative side to the classic 4X-gameplay which involves managing your diplomatic ties, armies, economy and scientific development.