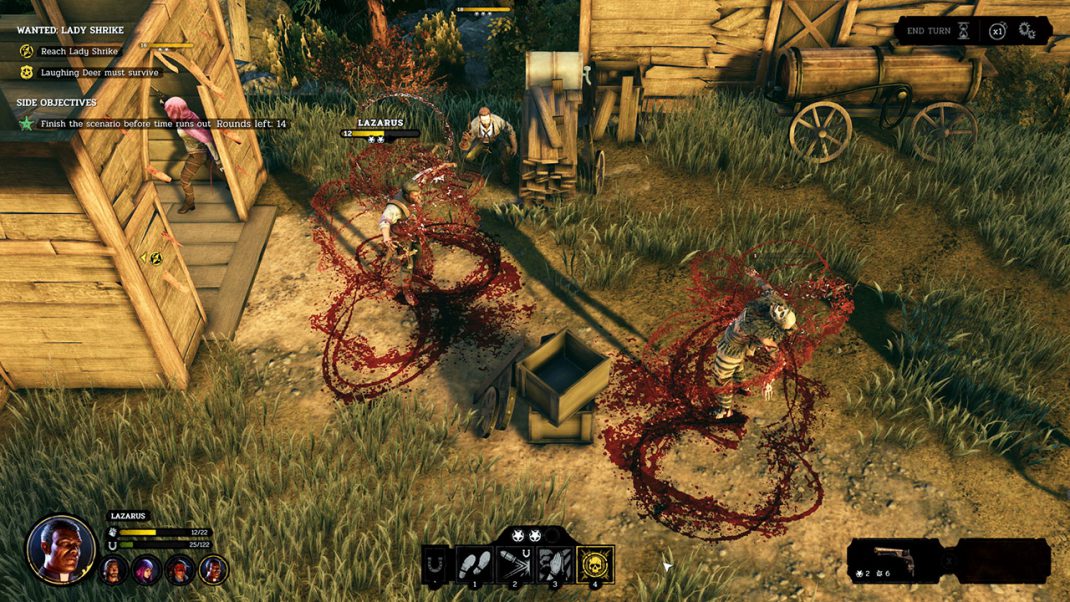 Strategy games date back to ancient times with some still surviving until modern days such as Senet and Chess. These days the board game Risk is a prime example of a strategy game stripped down to its basics while video games try to do the opposite creating more elaborate and detailed environments that make you think less about the rules and more about the gameplay enjoyment. With this in mind let’s take a look at one of the newest turn-based strategy games Hard West 2.

Fist off, if you didn’t play the first game that’s no problem the storyline is pretty self-contained with a lot of depth to it. There are dialogue questions which effect gameplay as well as telling a very gripping story. It’s about a gang who have a ghost train to rob only to find the devil going by the name Mammon challenging them to a game of cards for their souls. If this ended well then the story would have been really short. Instead the crew find themselves in a very paranormal pickle. The voice acting is excellent from everyone and when the dialogue gets a bit hokey it’s welcome since it shows the game trying to not take itself too seriously since it’s a turn-based paranormal western. The story is mostly told in cut scenes and in multiple choice question reveals which effect the loyalty of others. 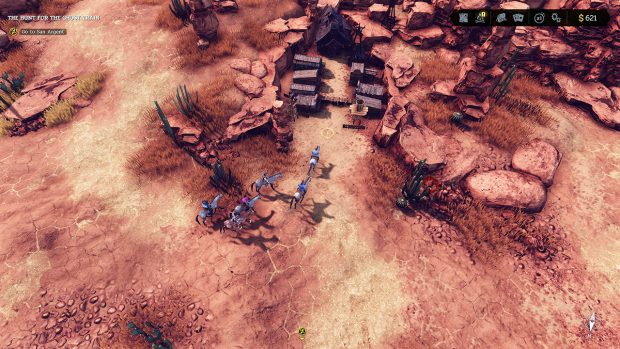 Turn-based strategy gameplay is pretty straight forward being the norm now, most people would probably think of XCOM first for comparison. Hard West 2 is top-down version which relies on Action Points (AP) to determine how much movement and abilities you have to work with. For example the main character has three AP to work with so the player might use one point to get a position where you can shoot the bad guys, then another point to shoot, followed by a point used to duck your head for defense. All points are used up, unless the shot at the bad guy killed him then that character’s AP points reset and you have three to use again. This unique take on the AP system makes it nice so that you can really extend turns if you think ahead (aka: strategy) and figure out kill streaks completed by reloading AP. It makes it feel much more immersive to have the turn last so long and rewarding to come up with a great run.

The other big part of the fighting action is Luck. I’m notoriously bad luck when it comes to game odds so the Luck system is a very welcome one. If an enemy misses a hit on you or you miss a hit on them it fills up a Luck meter which you can then click on when you need a little extra luck performing an action. Adding that luck meter to a shot can make the difference of a kill shot or not which would reset AP. Finally it feels like the odds are ever in my favor! When they are, be sure to save often. Also, if hard difficulty isn’t cutting it for you, there is easy setting that make the play more dialogue driven. There is also a nightmare difficulty which definitely lives up to its name. 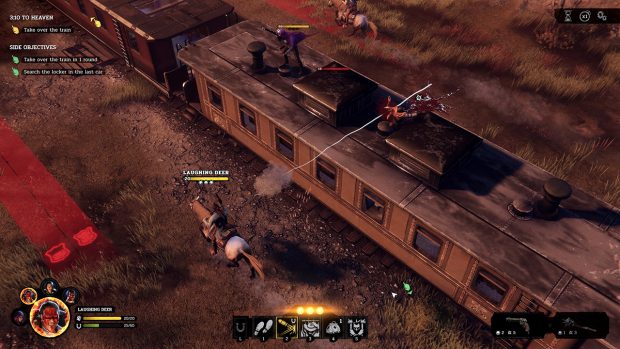 The environment really is up there with the kill streaks as being one of the big selling points for the game. It’s fun cruising along through wastelands in a ghost train with centipede legs. It’s neat to raise the dead or switch locations with other characters. It’s great to see the gory aftermath of witchcraft. I like it when the background is moving the whole time so it doesn’t feel like it is only a level. Riding a horse up to a train, shooting a baddy then climbing onboard while it’s cruising along doesn’t feel static. All of this keeps you coming back.

An interesting addition to the game is a deck of cards that you try to collect. Each card has a different ability and a player can hold as many as five cards at once and try to make poker hands for better results. It works similar to a skill tree and feels like a good start to an idea that could really be fleshed out. If there are any concerns it would be difficulty getting to elevated positions. We all know what Obi-Wan said about taking the high ground. For some reason trying to get on higher buildings or target characters up there can be really hard to do, so much so that a couple times I got frustrated and figured out alternate ways of doing it.

Hard West 2 is a great example of turn-based strategy games while showing such innovation on it that I would not be surprised becomes emulated and the new norm. It keeps you coming back with dozens of hours of playtime and excellent repeatability. I know I’m going to play it some more right after I’m done here. 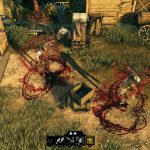