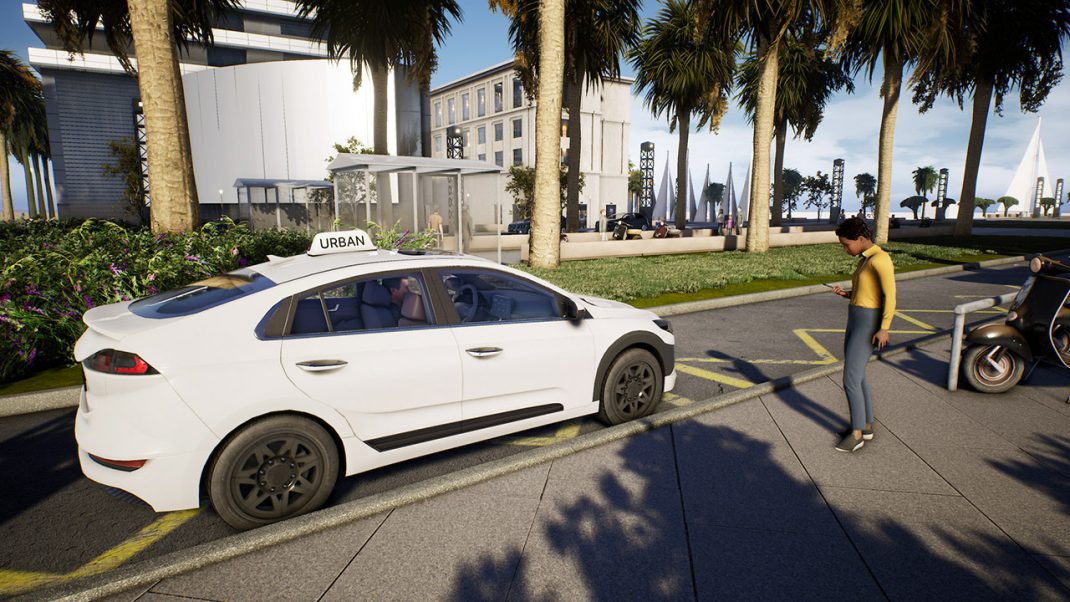 Taxi Life: A City Driving Simulator revealed as Urban Venture in March 2022, gets a name overhaul and joins Nacon’s “Life” family. With a hip new name and a reinvigorated trailer displaying cinematic in-game footage of the city of Barcelona, Taxi Life by Simteract is raring to go. Passengers, get in the back seat and admire the view of Barna in this city driving simulator.

Taxi Life: A City Driving Simulator was previously announced as an early access title coming to PC later this year. Thanks to the newly signed partnership with Nacon, Simteract adjusted the development plans to release the game on PC and consoles straight into 1.0 version in 2023, dropping the early access model entirely.

In Taxi Life, players will take on the role of a taxi driver working in the Spanish metropolis. Like in real life, stuff happens: traffic jams, harsh weather, bumpy roads, impatient passengers, and the occasional accident. In this driving simulation game, you take control behind the wheel to fulfill ride-hailing jobs around the city, taking passengers to their final destination safely and on time. What’s more, while managing your own taxi company, you will be responsible for paying your fines and bills, fixing your car, and eventually hiring and managing a crew of professional drivers.

The game’s rebranding and publishing contract couldn’t come at a better time now that Simteract and Nacon are readying to launch Train Life: A Railway Simulator later this month. The arrival of Taxi Life in Nacon’s catalog expands the publisher’s “Life” series, including Hotel Life, Chef Life, and others to come.

The “Life” series invites fans of profession simulators into a universe of fulfilling, stress-free induction on several careers they’d love to explore but never had a chance in the real world. Not only that, but Life games aspire to show the business management aspect of the profession, teaching you how to grow a company through a simplification of the real world.

Nacon’s Head of Marketing, David Talmat, explains taking in Taxi Life as an easy decision, “a great concept we know gamers will love, a great city to explore, and this concept of driving but also managing your company. This is exactly what we look to deliver in Life games.”

“We realized we had an ambitious project at hand and turn to Nacon as we worked very well together on Train Life. Our goal with Taxi Life: A City Driving Simulator is to show the skills of our talented team, building a representation of Barcelona on a 1:1 scale that truly feels real; a chance for people to get a one-of-a-kind city driving sim experience,” explains Marcin Jaśkiewicz, CEO of Simteract.

Taxi Life is coming to Steam and consoles in 2023. Make sure to wishlist the game on Steam, and join the conversation on Discord, Twitter, Facebook, and Instagram.