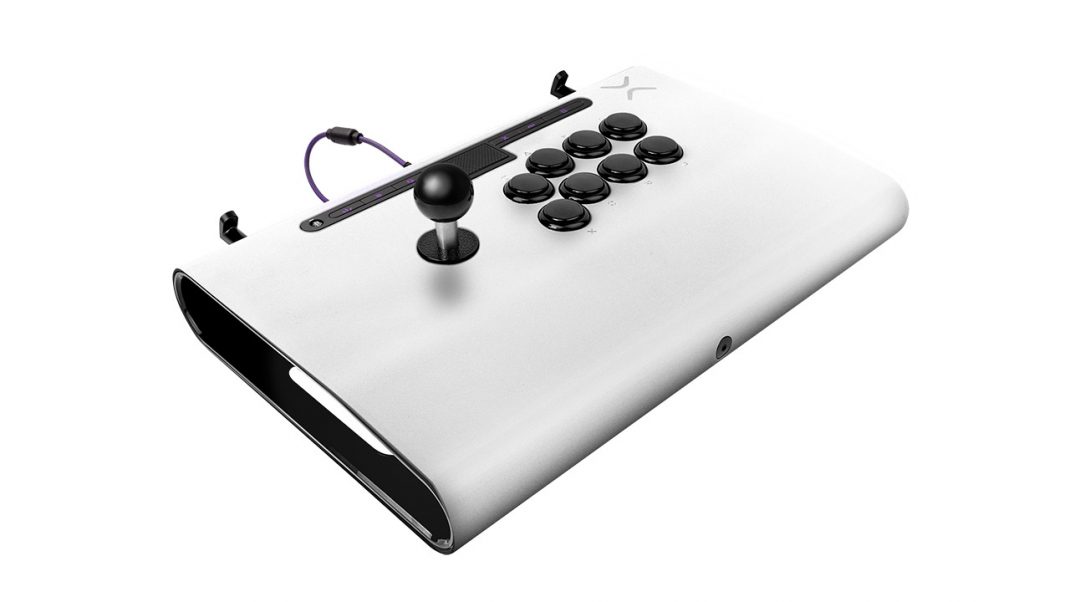 Victrix, a San Diego based professional gaming accessories brand owned by PDP, announced today that it will partner with The Evolution Championship Series (Evo), one of the most pioneering and storied events in gaming, where it will launch early pre-orders for the Victrix Pro FS and Pro FS-12 Arcade Fight Sticks, the newest versions of their premium tournament fight line for PlayStation and PC. Early pre-orders will become available in person at the Victrix booth at Evo and online starting today, August 5.

The Victrix Pro FS is a traditional stick with 8 face buttons and joystick, while the Victrix Pro FS-12 is an all new 12 button style layout. Like its predecessor, the arcade fight stick boasts authentic Sanwa Denshi Parts, and an extremely durable shell made from a single piece of aircraft-grade aluminum featuring an integrated 6.28° wrist slope to help reduce fatigue. Both editions of the arcade fight stick will be available in either purple or white color schemes, and will have a detachable USB-C cable for connection as-well-as a quick-access back panel for easy mods and updates. The officially licensed stick is compatible with PlayStation 5, PlayStation 4, and PC, with a built in mode switch.

“The fighting game community has been asking for another Pro FS, and now we’re bringing them the most advanced iteration yet along with the all new Pro FS-12 button style stick,” said Trevor Lehr, Director of Product Development at Victrix. “We’re excited to be able to offer our first early pre-orders at Evo, directly reaching the community that cares most about our products.”

In addition to offering early pre-orders, players who place top 3 in their respective game will receive an exclusive gold edition Pro FS, engraved with the title of the game they competed in. Gold editions of the fight stick are only available exclusively to winners at Evo and will not be sold anywhere outside of the event. Additionally, fans will have the opportunity to bring their own personal Victrix Fight Sticks and have them custom engraved on site.

Limited quantities of the four stick variations are available for early pre-order now at Evo, as well as on VictrixPro.com, with an MSRP of $399.99 USD.