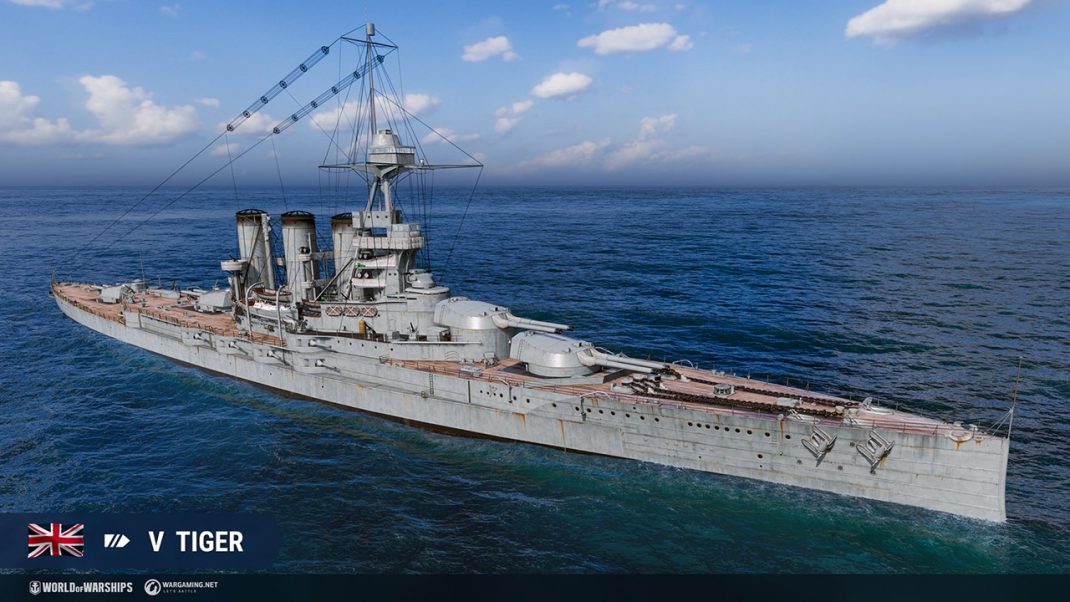 Wargaming, publisher and developer of the naval multiplayer free-to-play game World of Warships, is introducing its newest update, bringing with it a barrage of new British battlecruisers to Early Access, more improvements to U.S. destroyers models and a new limited time event. In addition to all this new content, Update 0.11.6 also sees a number of changes to in-game economy and the AI for bot ships, as well as improvements to the user interface.

Kicking off this update is an entirely new branch of Tier III to Tier X British battlecruisers arriving into Early Access. This dynamic range features ships equipped with powerful torpedoes and Repair Party consumable that helps regenerate HP lost in battle. From the iconic and historic Tier III Indefatigable and the Tier VI Renown as well as five new project ships with Tier VII Rooke, Tier VIII Hawke, Tier IX Duncan, Tier X St. Vincent, and Premium Tier VII Collingwood – several of which are accompanied with their own special camouflages. These ships are also equipped to take advantage of a wide array of consumables throughout the tiers, starting with Engine Boost at Tier V, all the way up to Defensive AA Fire at Tier VI and Specialized repair teams at Tier IX.

The Second Wave of U.S. Destroyer Models Changes
Following the first instalment of U.S. destroyer model improvements that occurred in the previous update, an additional number of these ships are seeing revamps across the board. With adjustments to defense composition, HP distribution and the positioning of torpedo tubes and battery guns; Sims, Sims B, Sampson, Wickes, Clemson, Nicholas, and Farragut are all seeing a number of upgrades.

Titans of Industry Event Offers Unique Rewards
A new timed event that comes as part of this update alongside a newly decorated London port is the “Titans of Industry” event, similar to “Aircraft Bureaus Rivalry,” “Battle of the Beasts” and “Clash of Courage” events that have come before. In “Titans of Industry” players choose between three British dockyards – Chatham, Elswick and Clydebank to support, with each yielding a different reward, a special commander, alongside British tokens that can be exchanged for several rewards including ships available in Early Access and permanent camouflages.

AI Updates, Economy, and Interface Changes
Update 0.11.6 also sees refinements to AI of bots in the game, with improvements to movement and firing capabilities, as well as ability to use consumables in Training Battles. This update also kicks off an overhaul to how the in-game economy functions, simplifying management of economic bonuses and inventory display, alongside the separation of economic bonuses and camouflages from one another, allowing players to mount the camouflage they like, with the economic bonuses they prefer.

The interface also sees several changes, with containers now grouped by type and with information available about possible in-game items, and Spectator Mode interface after the sinking of the player sees enhancements alongside updates for the hotkeys and camera control hints.