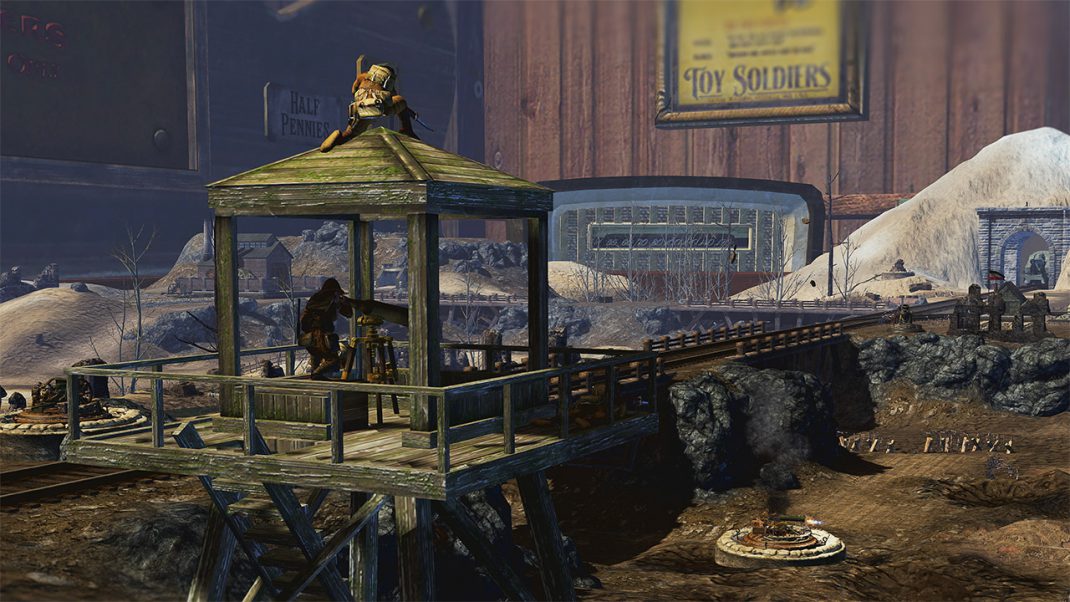 It’s time to deploy your machine guns, artillery, mortars, flamethrowers and more. The first wave of enemy toys are closing fast and bringing down a rain of bullets. Protect your tox box at all costs and watch out for those toy Robots, they are killers!

Unlike many tower defense games where you build your defenses and watch the action unfold, Toy Soldiers HD gives you the unique ability to instantly pop in and out of the battlefield from both third-person top-down strategic perspective and overhead first-person POV shooter perspective. Watch the battle play out as you build, upgrade, and repair your defenses or jump directly into the action.

Control fearsome armored vehicles and tanks with explosive firepower as you win the war and earn your upgrades for the next thrilling battle on the road to victory!

Take to the skies and rain down fire from above, take out enemy bombers or earn your victory in exciting dogfights as you pilot the first airborne war machines.