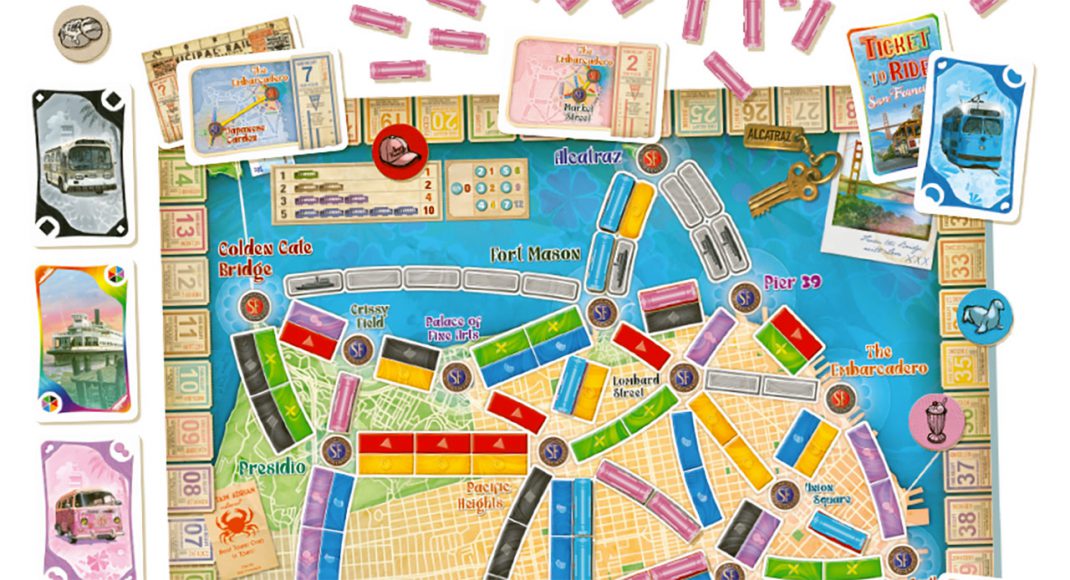 Ticket to Ride: San Francisco transports the world-famous board game series to the City by the Bay for a quicker and more compact experience. Trade your traditional trains for mini San Francisco Cable Cars and race to claim the most routes through iconic locations like the Golden Gate Bridge, Painted Ladies, and Alcatraz. The game can be learned in only three minutes but provides the franchise’s signature deep strategy, making it a great title for anyone over the age of 8. With games that last only 5-15 minutes, families and friends will want to play Ticket to Ride: San Francisco again and again, with varying strategies creating a new experience every game.

Ticket to Ride: San Francisco is designed for travel, as it comes in a small carry-on bag box that can be packed easily in a suitcase. The travel theme even shakes up the gameplay with Tourist Tokens, which add an exclusive rule twist to Ticket to Ride. Collect as many different Tourist Tokens as possible during the game to score extra points at the end.

Ticket to Ride: San Francisco is published by Days of Wonder and distributed by Asmodee.

To learn more about the game, visit the official website.