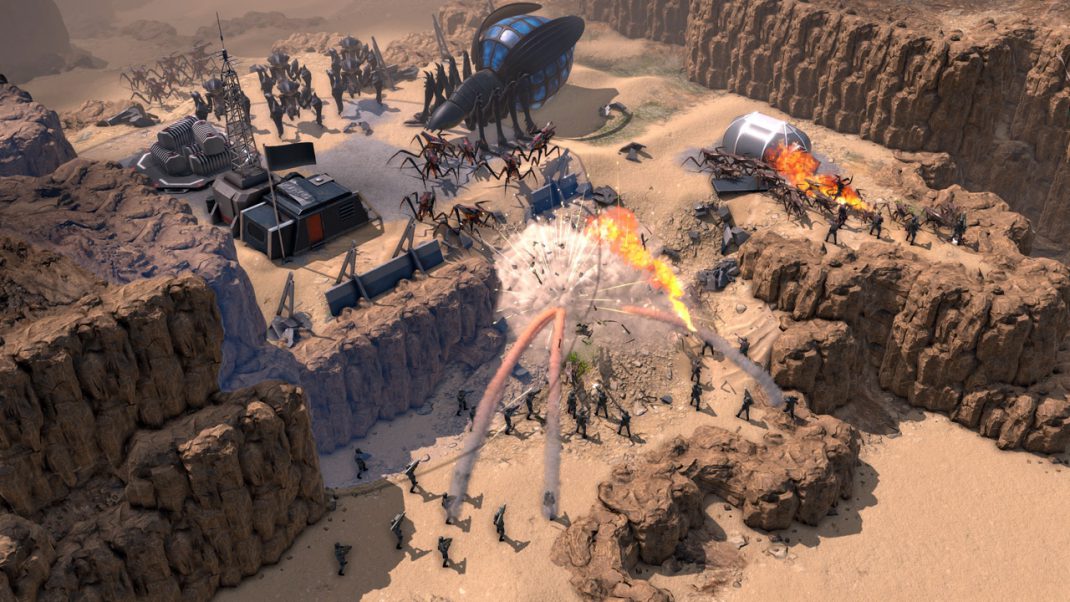 Starship Troopers: Terran Command is a single-player, real-time strategy game based on the 1997 movie. In the game, players take command of the Mobile Infantry and do their part in the war against hordes of Arachnid enemies. By striking an effective balance between tactical superiority and strength in numbers, they can ensure that human civilization dominates the galaxy.

Players can build, develop and control their armies and embark on an exciting military campaign. On their journey, they will meet unique characters, discover amazing locations and develop effective tactics with battle mechanics such as True Line of Sight and True Line of Fire. Furthermore, an expansive range of unique units, weapons, and special abilities are at their disposal.

Marco Minoli, Marketing Director at Slitherine said, “Working on Starship Troopers: Terran Command has been a rollercoaster ride. When we announced the project we were overwhelmed by the players’ feedback and expectations, and we almost had to go back to the drawing board on major aspects of the game. After over four years of hard work, we are confident in saying we are releasing a gaming experience that’s true to the heart of the IP, while giving a modern twist to some of the most established RTS mechanics”

Starship Troopers: Terran Command is now available to be downloaded on Steam.