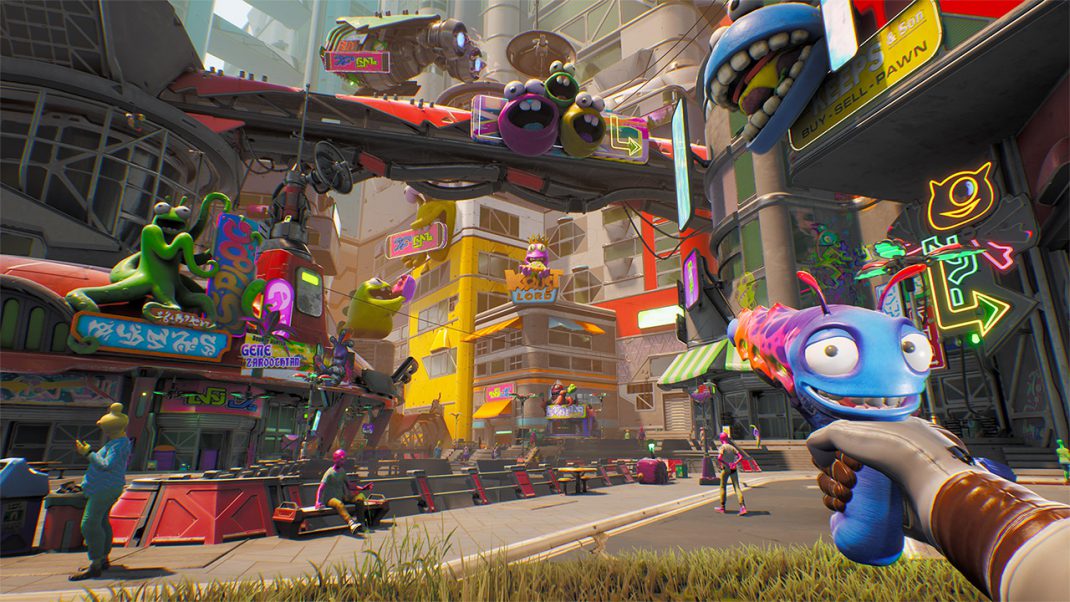 Squanch Games is excited to announce High On Life, a weird and hilarious adventure from the mind of Justin Roiland (Rick and Morty, Solar Opposites) and the team behind Trover Saves the Universe. After a cartel of aliens invades Earth, a freshly minted high-school graduate grabs the nearest talking gun and becomes the deadliest intergalactic bounty hunter across the cosmos. It makes sense, OK? High On Life is coming to Xbox One and Xbox Series X|S and PC via Steam and Epic Games Store later this year.

The alien invaders in High On Life are on a mission to dominate Earth, but with a particularly sinister twist: Garmantuous and his cartel goons are intent on enslaving humanity and using them as a new drug. This also makes sense, OK? Defeating these powerful aliens isn’t going to be easy; bounty hunters will work with (or against) NPCs, collect upgrades, and acquire an arsenal of talking guns on their journey. Each of these guns has its own unique personality and special gameplay, and they provide their own narrative take on what’s going on.

“We like to flex our creative muscles and try new things. If you look at our previous work, I think you’ll pick up on that,” said Mike Fridley, Squanch’s Studio Director. “At the same time, Justin’s unique comedic voice ties all of our games together. We want fans to be able to look at one of our games and immediately know that it’s from Squanch. They know it’ll be funny, but that it’ll also be a great experience that’s fun to play. High On Life is a first-person shooter, and we’re taking what we love about that genre and pushing it in a really squanchy direction.”

Bounty hunters will travel between planets during their adventure, visiting memorable locations like a dense and dangerous jungle, a city built deep inside an asteroid, and a variety of other dynamic and changing worlds. Players will run into dangerous local wildlife, help (or help) a bunch of alien weirdos, and test their mettle against a variety of Hunter Challenges. And you’ll never be alone because your guns talk!

“I wanted to make games that I wanted to play, and that was the spark that sort of lit the fire of Squanch Games. Then we shipped Trover, we shipped Accounting+, and now we’re on this absolute dream game that we were kind of building towards this whole time,” said Justin Roiland at the Xbox & Bethesda Games Showcase 2022 aftershow.

You can find more information on Squanch Games’ official website, which also has info on our other Very Good games including Trover Saves the Universe, Dr. Splorchy Presents: Space Heroes, and Accounting+.