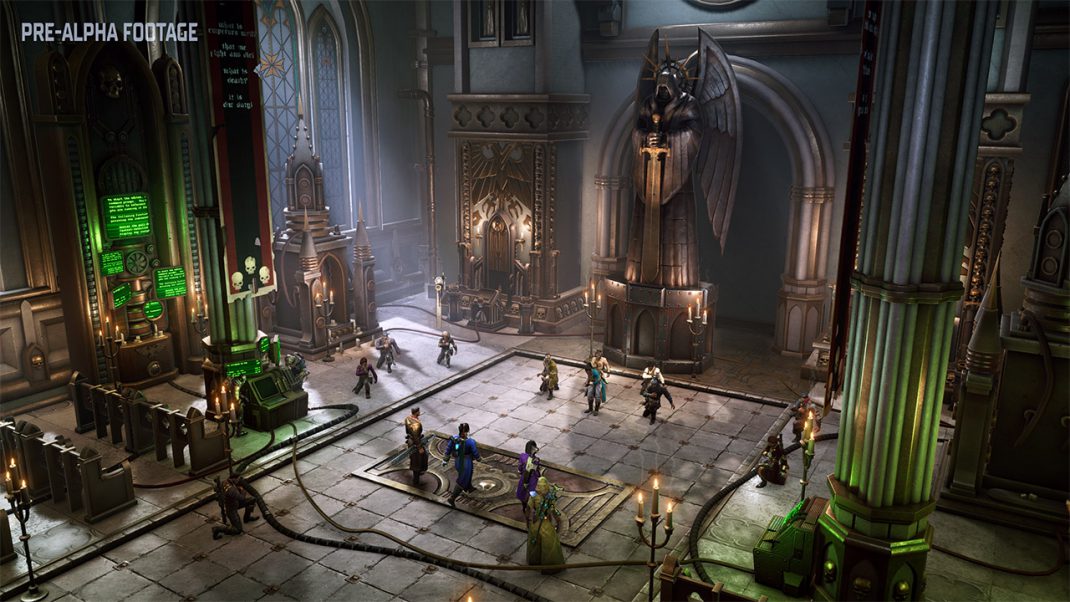 Award-winning studio Owlcat Games is thrilled to announce Warhammer 40,000: Rogue Trader – the first classic roleplaying game with turn-based combat in the legendary grim darkness of the far future of Warhammer 40,000, produced in close collaboration with Games Workshop to be released on PC and consoles. The World Premiere, including the first glimpse of gameplay, was announced at the Warhammer Skulls Showcase as part of the festival of video games. Players that are eager to get their hands on the early version of the game and contribute to the development can obtain exclusive Founder’s Packs that are available from Owlcat Studio’s website starting today.

Players will take on the role of a Rogue Trader, a scion of an ancient dynasty of daring privateers, that reign over their own merchant empire and explore the fringes of Imperial space with the blessing of the Emperor Himself. Thanks to their Warrant of Trade – the Rogue Trader is endowed with privileges and power beyond imagination as well as the task of expanding the borders of the Imperium. At their disposal is a gargantuan voidship of immense strength and innumerable personnel ready to follow any undertakings of the leader. Show your subjects mercy or disdain, stay faithful to the Emperor or consort with enemies of Mankind – every decision and every act of the Rogue Trader sends ripples throughout entire star systems, changing the in-game world and those who inhabit it.

The action will unfold in the Koronus Expanse, a dangerous and unexplored region on the far frontiers of the Imperium of Man. Many explorers have fallen victim to this dangerous place and never returned.

Remarkable and sophisticated companions are one of the pillars of cRPGs and Rogue Trader is no exception. A mighty Space Marine, a mercurial Aeldari Ranger, or even a courageous Sister of Battle armed with bolter and ardent prayers are just a few of the many characters that will join the Rogue Trader during your adventures.

“We’re really excited to open a new chapter in Owlcat Games history. Working on such a remarkable universe as Warhammer 40,000 is a great honour but also a responsibility and challenge for us as a team.
The grim darkness of the 41st millennium is a harsh place of unbound evil, untold sacrifices and large-scale threats and challenges that perfectly transitions into an exciting roleplaying narrative that allows an exceptional freedom of in-game choice for the player,” said Oleg Shpilchevsky, Head of Owlcat Games. “We endeavor to bring to the game everything that fans of the cRPG genre love and expect: fateful decisions, non-linear stories, strong and diverse companion cast together with addictive and complex gaming systems to master.”

Starting today, fans can support the game and purchase one of the Founder’s Packs and become a part of the team behind Warhammer 40,000: Rogue Trader. Those who decide to support the developers early will gain access to the Alpha and Beta versions of the game, help the team to shape the experience with their feedback, and receive a set of unique rewards and items available only to early supporters.
The Founder’s Packs are available via owlcat.games’ website.