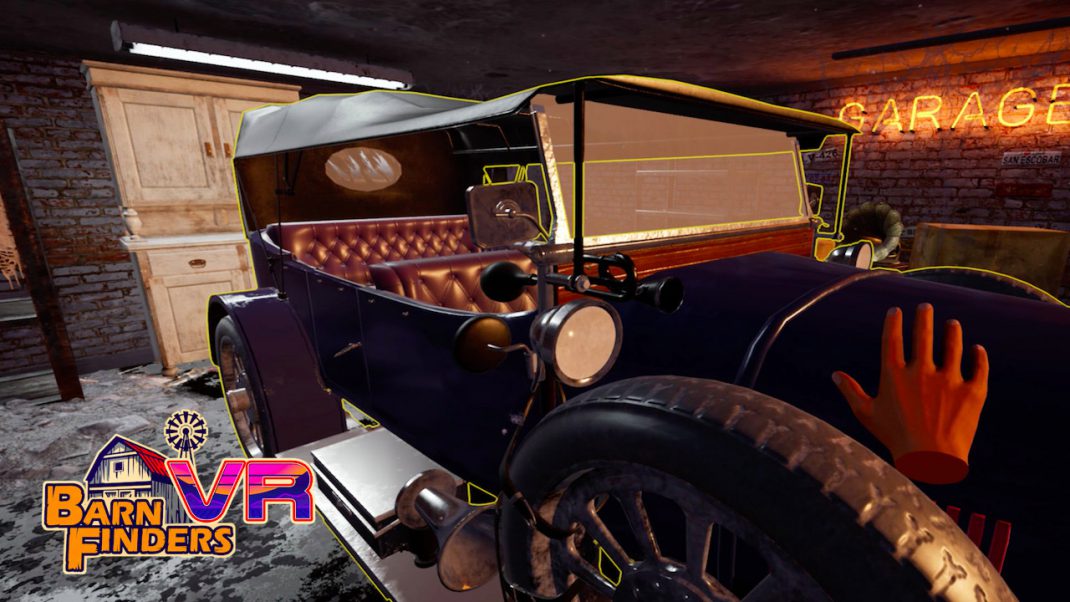 Duality Games and Punk Punch Games are proud to announce the full release of Barn Finders VR, their trash-collecting, pawn-shop-reselling, big-money-making simulator, available now on Steam VR here for Meta Quest 1, Meta Quest 2 and HTC Vive devices, with 20% off its original price of £12,39 / $15,99 / €13,29 for a limited time!

In Barn Finders VR, players will be transported to a world where one person’s trash is another one’s treasure. Explore over a dozen maps across the United States of Ameryka, driving to abandoned barns, secluded farms, and many other classic locations from the original, looking for your next big golden ticket.

Inspired by notorious reality TV programs like Storage Wars and Pawn Stars, the world of Barn Finders features its very own Pawn Shop, Bidding Battles, and so much trash you could fill a landfill. Going once, going twice, SOLD – to the person with the big bushy mustache!

“We’ve seen so many players hunting for trash and sharing their experience with others, as they laughed their way through the original Barn Finders on countless videos on YouTube and Twitch,” said Michał Szewerniak, Game Director and Vice President of the Management Board of Duality Games. “This is why we’re so glad to be finally bringing the Barn Finders world to a whole new level of immersion, and can’t wait to see what people think”.

Barn Finders VR is now live on Steam! Players will be able to get a copy of the game for 20% off its official store price! In the rightful spirit of our Pawn Shoppin’ Heroes, players can also take advantage of some awesome bundles, including adding the original Barn Finders, House Flipper VR and Car Mechanic Simulator VR to your Steam accounts at further discounts.

The game can be played on Meta Quest 1, Meta Quest 2 and HTC VIVE devices. Place your bids now!