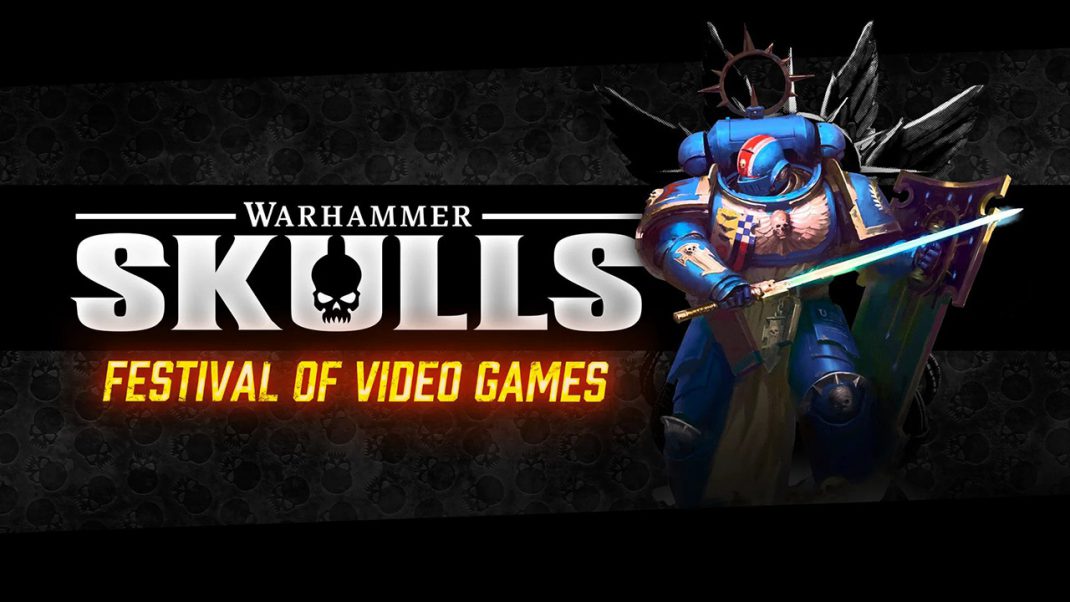 World renowned Games Workshop, in conjunction with several of their licensed partners, today announce that the much-anticipated Warhammer Skulls event is returning for its sixth year this June.

Following on from last year’s success, the ultimate festival of Warhammer video gaming will launch on June 1st with a showcase featuring world premieres, new trailers and behind the scenes sneak peeks for upcoming titles like Warhammer 40,000: Darktide and Warhammer 40,000: Space Marine 2. ​ Fans can also expect the latest updates and future plans for games new and old, like Total War: Warhammer III, Warhammer 40,000: Battlesector and Warhammer: Vermintide 2. Viewers will also be joined by none other than Clive Standen (voice actor of Titus, Space Marine 2) as he introduces this year’s showcase. 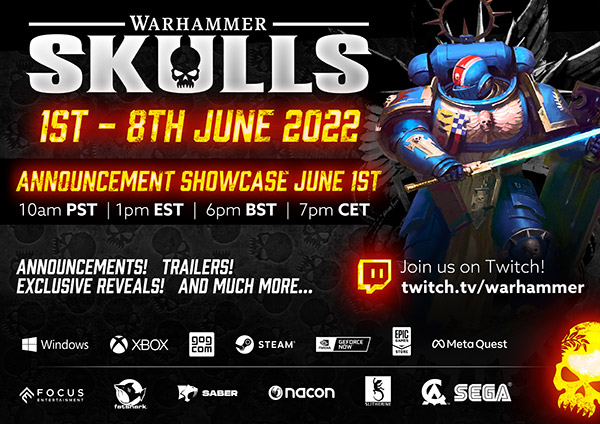 After the showcase, players will then be able to enjoy week-long offers on some of their favorite games; as well as new content, DLCs and free updates across multiple platforms, including Steam, Xbox, Epic Games Store, GOG.com, Windows Store, Meta Quest, GeForce Now and many many more.

Anyone wanting to watch the action live and keep up to date with all things Skulls can follow Warhammer on Twitch at www.twitch.tv/warhammer and use the hashtag #WarhammerSkulls to be part of the conversation across all social media platforms. ​ After the livestream, head over to Warhammer Community to get all the details – including links to sales. ​ In China, the launch will be broadcast simultaneously on bilibili, via the official bilibili Warhammer channel. You can also register for a notification on 25th May via https://live.bilibili.com/1640531.

Celebrating with the Skulls announcement, Wargaming have also today revealed the new Warhammer 40,000 inspired Battle Pass Season VIII for World of Tanks which will go live with the festival and run from June to August. Find out all about the new Battle Pass, and how to earn the incredible 3D styles and commanders for the Ultramarines, Death Guard and Evil Sunz Orks for this season’s core vehicles, here.