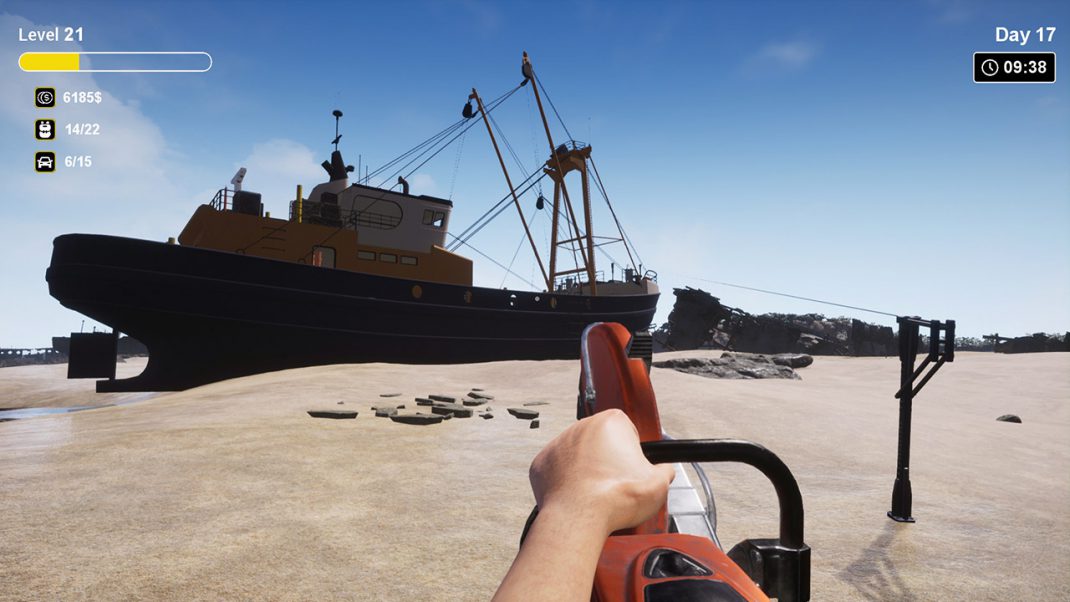 Ship Graveyard Simulator – Submarines DLC. Get your tools and workers ready for the DLC which will bring the submarines to your beach.

Ship Graveyard Simulator was published on Steam in November 2022. Since then the developer has prepared some updates which improved gameplay. They also worked on removing bugs in-game.

Ship Graveyard Simulator: Submarines is a DLC that brings new ships to the game. And we don’t mean any ships. We mean THE ships. Submarines have always been on the radar of many players. Those boats are capable of caring many weapons including nuclear warheads. Now – thanks to the DLC -you will be able to check out for yourself what the interiors of the submarine look like. But you won’t be just sightseeing. You will have to disassemble them and gain resources to further improve your company.

The Submarines DLC brings not only submarines for disassembly. You will be able to purchase new tents, further upgrade your house, increase your carrying capacity, and many more.