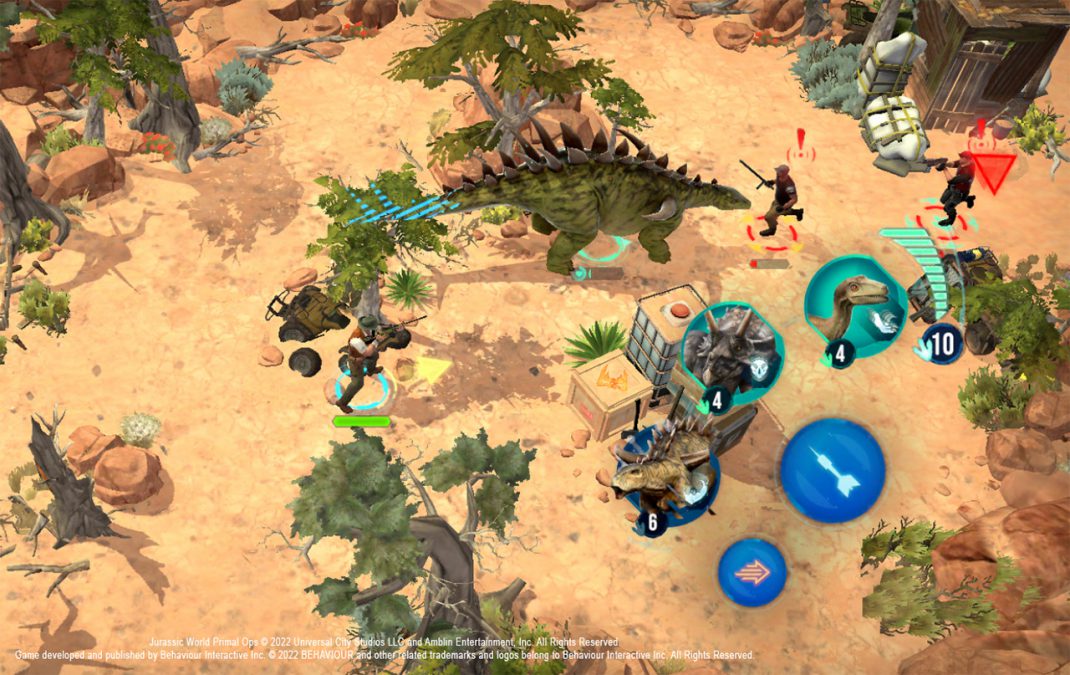 Behaviour Interactive, in collaboration with Universal Games and Digital Platforms, today revealed Jurassic World Primal Ops, a new free-to-play mobile action-adventure game where players rescue, collect and fight alongside their favorite dinosaurs. Expected to launch soon on the App Store and Google Play, the game puts players in the boots of battle-trained handlers who use their combat skills to save dinosaurs from enemies and create a peaceful coexistence with humans. With deep dinosaur collection systems and incredible action-packed missions, Jurassic World Primal Ops is a can’t-miss experience on mobile for fans of the Jurassic World franchise.

In Jurassic World Primal Ops, dinosaurs roam the earth as they once did millions of years ago. While many have embraced their return, others have seized the opportunity to use them to fulfill their own greedy agendas. In the game, only players can save the dinosaurs from another extinction. As elite battle-trained dinosaur handlers, their mission is to travel across North America, rescuing dinosaurs from malicious mercenaries, deadly poachers and sinister laboratories.

Luckily, they can call on their newly rescued companions to fight by their side. Using their unique abilities, these dinosaur companions can overcome any challenge standing in the way and turn the tide in any mission. From a trampling Triceratops to supply-dropping Pteranodons to the mighty T.rex, every rescued dinosaur brings a new dynamic to the adventure.

“We’re extremely proud of Jurassic World Primal Ops, and we strongly believe players will love it. The game offers a new and unique mobile gameplay experience in the Jurassic World universe, and the twist on collecting dinosaurs provides a ton of varied gameplay,” said Jason Millena, Senior Creative Director, Behaviour Interactive. “Since the inception of the Jurassic World franchise, we’ve been on a journey that evolves this fantastic relationship between dinosaurs and humans. It’s exciting to showcase how not only do they coexist peacefully, but how they can work together to save other dinosaurs.”

“Jurassic World Primal Ops lets players immerse themselves in the Jurassic World franchise, allowing them to deepen their connection with dinosaurs in thrilling, new ways,” said Jim Molinets, SVP of Production, Universal Games and Digital Platforms. “The game is reflective of the brand’s signature storytelling, intense action, compelling environments and diverse characters, and promises to be engaging for new and long-time fans alike.”

Jurassic World Primal Ops will be available on iOS App Store and on Android Google Play soon. The game is free to download and offers in-app purchases. The latest film in the Jurassic World franchise – Jurassic World Dominion – debuts in theaters on June 10, 2022.