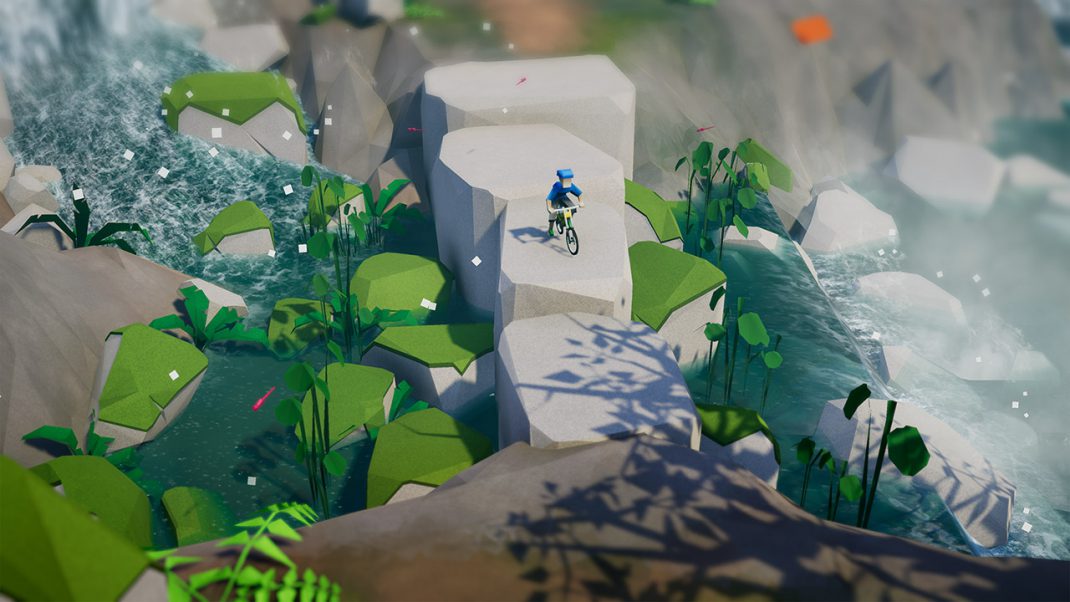 Thunderful & Megagon Industries are pleased to announce the next big free update to Lonely Mountains: Downhill, Misty Peak, rides its way onto PC, Xbox, PlayStation and Nintendo Switch today. Explore a new trail, beat new challenges and unlock new customisation sets in this latest DLC as the Graterhorn Mountain gets even bigger.

Misty Peak shows you a new side of the Graterhorn Mountain, confronting you with a treacherous new trail to overcome. Built with the flair that’s won Lonely Mountains: Downhill universal acclaim, expect a thrilling challenge balanced by an idyllic natural setting that ticks all the boxes for picturesque pitstops, and casual exploration.

You will discover two new rest stops on Misty Peak’s new trail and can unlock the new air elemental customisation set by taking on the new challenges included in the DLC while also battling your way to the top of the leaderboards.

To celebrate the release of the Misty Peak DLC, players can now get 40% off the Eldfjall Island DLC and the LMD Soundtrack on Steam. Eldfjall Island adds a completely new volcanic mountain to Lonely Mountains: Downhill, delivering four new trails to explore and lots of new challenges and rewards.

“Misty Peak is maybe our best trail yet and we’re already looking to seeing how our speedrunning community will surprise us and do everything they can to break it!” said Daniel Helbig, co-founder of Megagon. “Following on from Riley’s Return – our last free update – Lonely Mountain: Downhill continues to get bigger and better!”

Lonely Mountains: Downhill was initially released on October 23rd in 2019. During its first year, the game has been a hit amongst players and critics alike; resulting in more than one million players (3 million as of December 2021). The game won awards such as “Best Indie Game” at the German Developer Awards and “Best International Indie Game” at Poznan Game Arena.