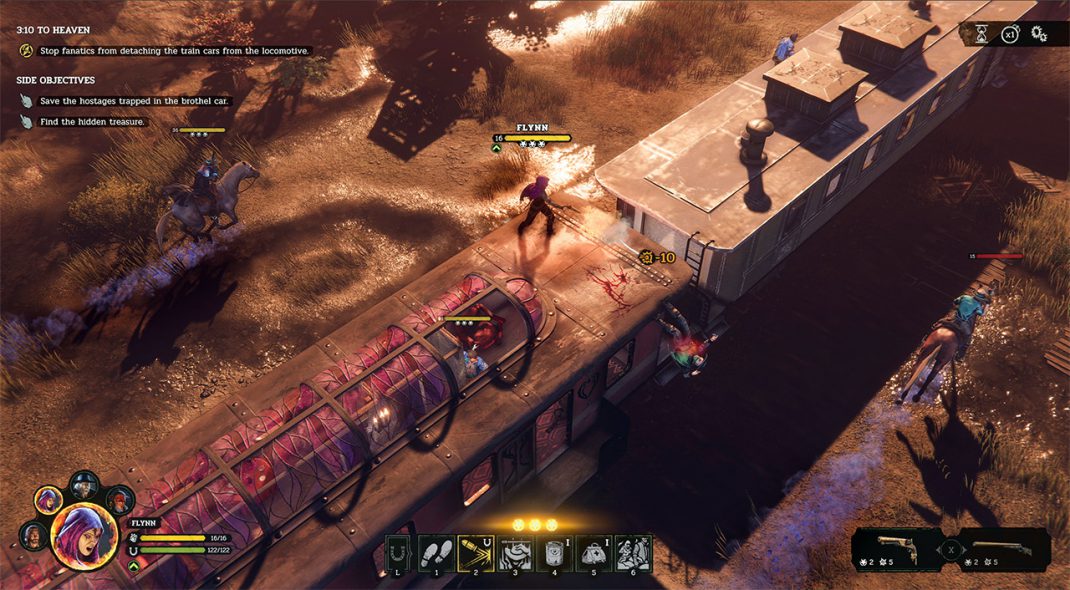 Good Shepherd Entertainment and Ice Code Games have announced that the open beta for Hard West 2, the supernatural sequel to the hit turn-based strategy game experienced by over half a million players, kicks off today on PC via Steam. Running now until June 5, the beta features a small slice of the game’s full campaign and introduces players to some of the special abilities they’ll acquire in their journey through the dark heart of the West.

Hard West 2 ups the ante on the original game in every way. The unique new Bravado system delivers a more aggressive approach to tactics and combat, rewarding you for going on the offensive so you can extend your streak and dish out even more damage. Experience shootouts on the move with dynamic levels that play out in changing environments to recreate the action-packed feeling of high-speed horseback chases and nail-biting train showdowns.

Demolish your adversaries with special abilities like Gin’s Shadow Barrage, which ignores cover and can hit several enemies; Flynn’s Shadow Swap, which lets her trade places with friend or foe; Old Man Bill’s Dead Man’s Revenge, which can hit anyone in line of sight and scales based on the amount of damage he’s taken; and Laughing Deer’s Wild Run, which increases in damage the further he is to the target.

Turn dire situations to your advantage by utilizing Luck, which you’ll gain when taking damage or missing shots and can be used to improve your chance to hit. Obtain new abilities and give your posse additional skills or enhance existing ones when you find and equip cards from the Deck of Haunts.

Hard West 2 is available to wishlist on Steam. Visit www.HardWestGame.com for more information, and join the community on Facebook, Discord and Reddit.