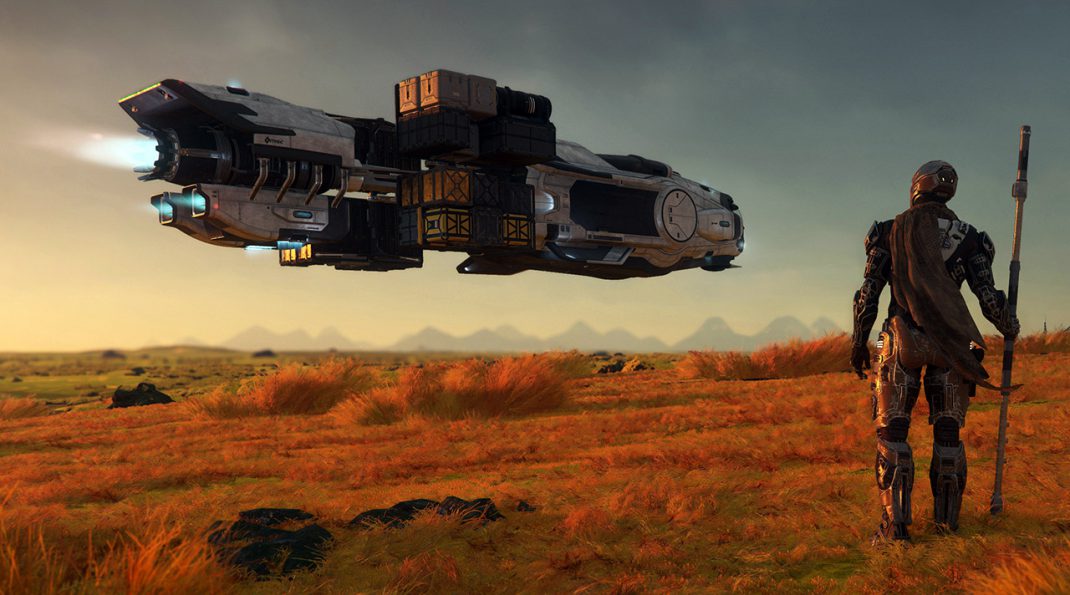 Life in the ‘verse can be dangerous and costly, and every pilot needs a way to earn an honest living. Today’s Fueling Fortunes update adds new functionality to NPC vendors and storefronts, allowing pilots to sell unwanted inventory items for cold hard UEC when they’re done hunting pirates or exploring for resources. There are also new and improved ways to earn credits with the addition of ship-to-ship refueling, allowing MISC Starfarer owners to refuel ships in space and charge customers for the service, as well as mining gadgets that can enhance the mineral yield of asteroids. Additionally, players can explore the first implementation of river technology with the introduction of the first interactive river on microTech, teeming with plant life and harvestable resources on the surrounding bank. For full details on the Star Citizen – Alpha 3.17: Fueling Fortunes update, please head here.

“With the Alpha 3.17: Fueling Fortunes release we’re thrilled to introduce new places to explore like the Maria Pure of Heart hospital in Lorville and new ways to participate in the in-game economy – whether it be through selling plunder from hard-fought pirate battles or counting your profits from a day of mining and cargo transporting,” said Star Citizen Creative Director, Chris Roberts. “We’re excited to see how pilots interact with the new features and watch the emergent gameplay unfold, especially with ship-to-ship refueling, which will create interesting encounters between players. This is just the start of our plans for 2022, and we can’t wait to share more details about what is in store for Star Citizen.”

Star Citizen combines classic space sim and FPS gameplay with boundary-pushing visuals in a massively multiplayer setting of unprecedented fidelity. Live how you want to live: shift paths from cargo hauler to outlaw, explorer, or any other role, whenever you want. Explore multiple planets and moons, including vast cities and underground caverns, all created with a unique combination of procedural planet technology and complementary hand-crafted design.

For further information, including how to download and play Star Citizen, visit the official website. Enlist today and join this ever-expanding universe by visiting the game’s Welcome Hub and Guide System for tips on how to play. Keep up to date with Star Citizen development via the game’s Progress Tracker and roadmap. Millions of players from around the world have already joined to help CIG build the most ambitious game ever made. For continued updates, follow Star Citizen on Facebook, Instagram, Twitch, Twitter, and YouTube.