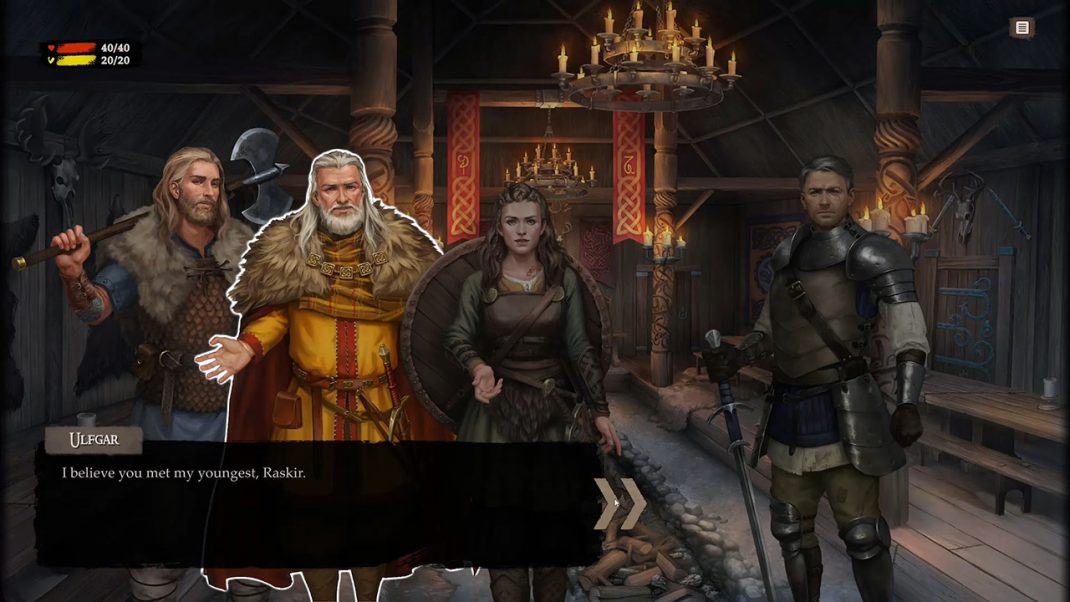 Want to set sail on an epic journey through unknown lands? From publisher Ulisses Spiele and developer Owned by Gravity, Forgotten Fables – Wolves on the Westwind is releasing on Steam May 25. Wolves on the Westwind is a choice-driven adventure inspired by one of the most popular tabletop franchises in history, The Dark Eye. With over 15 hours of content, it’s perfect for fans of fantasy novels, tabletop games, and RPGs!

Set in the dark fantasy world of Aventuria, Wolves on the Westwind tasks players with making the right choices to save the lives of innocents across the lands. Play as the grizzled veteran warrior Alrik or the young wizard Nedime, unwitting heroes who are tasked with traversing the frigid countryside of Thorwal in search of an old threat that seeks to cause destruction and chaos. Travel across the realm on board the Keenwolf, a Thorwalian raiders’ ship, forge alliances or make enemies of the unusual crew, and gather unique companions along the way.

Players on Steam can further immerse themselves in the world of The Dark Eye with Wolves on the Westwind: Deluxe Edition, which includes the base game plus an exclusive artbook, the analog solo adventure The Vampire of Havena, and the official game soundtrack. The Art and World of Wolves on the Westwind is a treasure trove filled with illustrations from the game and background on The Dark Eye and the Thorwal region and culture. The Vampire of Havena is a solo RPG experience that can be played without a master or teammates. Finally, the game soundtrack includes 9 atmospheric tracks from renowned composer team Yannick Süß and Robin Birner. Featuring authentic Scandinavian and medieval instruments, these tracks put listeners right into the world of Aventuria.

Ready to embrace your destiny as a hero of Aventuria? Wolves on the Westwind will be available on Steam May 25. You can find updates on Steam or the game’s official website.