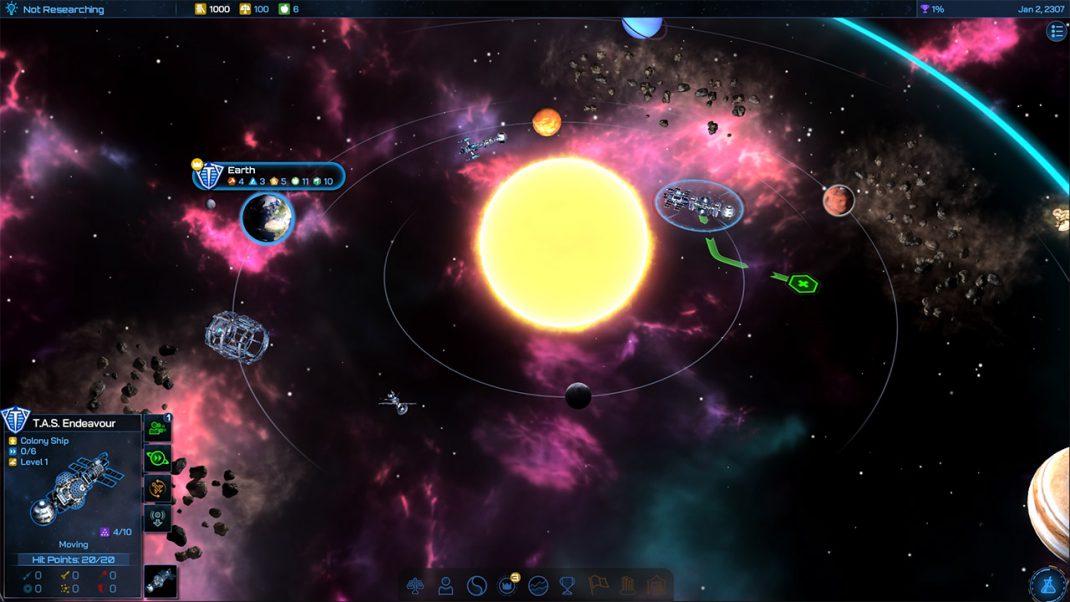 Stardock released Galactic Civilizations IV today. The newest installment of the award-winning space 4X strategy sandbox game series takes the best of what its predecessors had to offer and adds new features like multi-sector maps, the ability to customize your civilization mid-game via policies, internal factions, a unique mission/quest system, and so much more.

As the all-powerful leader of a spacefaring civilization, players will seek out new star systems and discover the exciting potential of the subspace realm. With over a dozen starting civilizations to choose from – plus the ability to create unique custom civilizations from scratch – the possibilities for each playthrough are endless, leaving players with a truly unique experience every time they start up a new game.

“Galactic Civilizations IV is the result of years of thinking about the exciting innovations that have been occurring in strategy games,” said Brad Wardell, Stardock CEO. “We want to give players the ultimate turn-based strategy experience, and we’ve accomplished this by adding in tons of new features that add to the depth and scope of the game while incorporating feedback over several alpha and beta testing phases.”

Multi-sector maps add a new depth to the scope of Galactic Civilizations IV. While players will still be able to play a smaller map, the ability to span an adventure across an enormous map with multiple sectors gives a true feeling of galactic conquest and exploration. Each sector is connected by subspace streams that will allow the player to travel between them.

While the idea of citizens was introduced in Galactic Civilizations III, their role was not as distinct as it is now. Citizens have individual approval ratings and keeping them happy is important – a disloyal and unhappy governor might just take their planet and corresponding colonies with them and start a new empire if the player isn’t careful. The story of the game changes depending on which characters are recruited and how their various backstories manifest throughout.

Galactic Achievements solve the age-old problem of a player seeing a clear trajectory to victory that is locked behind another couple hours of gameplay. Historically, many players quit at this point and don’t bother finishing their game because they “know they are going to win,” but it’s hardly a satisfactory victory. With this new feature, players can take on a challenge to earn “prestige points” that will go toward a total necessary for them to win the game. This cuts down on the “grind” of late game and allows a story to come to a much more interesting conclusion.

The concept of the Core Worlds system was introduced to reduce micromanagement. Previously, players would have to manage each world they conquered individually. When a player colonizes a subpar world, it will feed into a core world that the player has already established. With this system, players will directly oversee a lower number of worlds, but still receive the benefits of colonizing and conquering as many as possible.

To further support a unique experience for every game of Galactic Civilizations IV, players will now be able to set and update policies and issue executive orders during gameplay. Policies allow a player to shift priorities as they play by choosing between different buffs and focuses, while executive orders allow the player to spend a new resource called control to do things like print money or draft colonies.

There are many other features that comprise the Galactic Civilizations IV experience, including several new additions for helping newer players. An in-game tutorial and advisors that offer strategic and tactical advice make getting started easier than ever before. Many old and beloved features from previous games – including the ship designer and civilization creator – are also included.