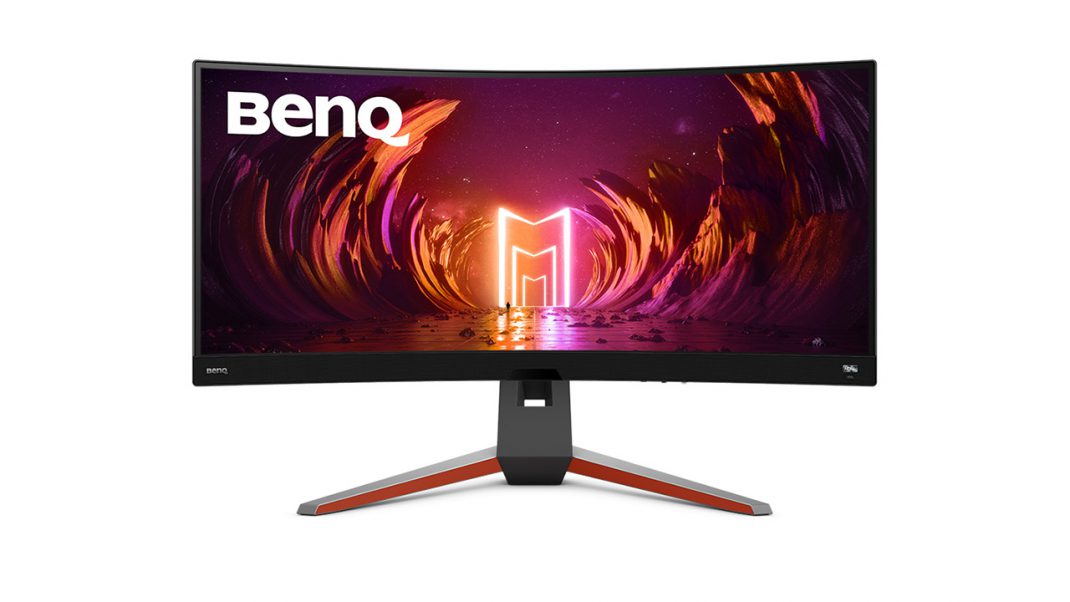 BenQ has been making gaming displays and projectors for quite some time now and, recently, they announced their latest curved display – the “MOBIUZ” EX3410R. Featuring a 34-inch VA panel capable of 3440×1440 WQHD resolution and touting some gamer-focused features, I was excited to check it out for a review period.

Setting up the BenQ MOBIUZ EX3410R out of the box is a super simple affair. The product comes in three pieces: The monitor, the legs, and the support stand. The legs and support stand screw together without any tools (although I’d recommend using a screwdriver for extra tension) and then the stand just snaps into the back of the monitor. After that, it’s as easy as putting it on your desk and plugging it in to the AC adapter and console or computer. From a durability standpoint, the BenQ MOBIUZ EX3410R feels very well-built. There is a thickness to the monitor which promotes a feeling of quality and it weighs about 22 lbs all put together, so it’s very stable. BenQ was also nice enough to include both an HDMI as well as DisplayPort cable in the box, which is always appreciated. I hate it when I unbox a display or projector and have to provide my own cables (first world problems, I know). 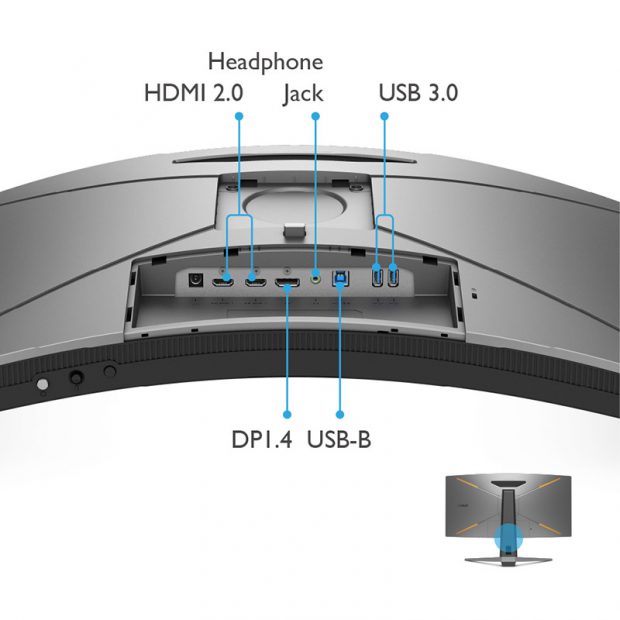 As stated before, the BenQ MOBIUZ EX3410R ultrawide curved gaming monitor features 3440×1440 resolution at 144Hz and 1ms response time. It’s also a VESA Certified DisplayHDR 400 monitor, meaning that it meets the entry-level VESA certification for HDR. Some journalists and analysts think that this is not “true” HDR as the certification lacks the “local dimming” qualification (which, admittedly, is important for HDR). However, what this does show is that BenQ took the time to at least have it certified to the entry-level standard. A lot of companies won’t even do that – but they’ll still slap HDR on their marketing materials.

What BenQ also did was create a very intriguing AI system in their display. Called HDRi 1, this semi-intelligent system auto configures a lot of your HDR experience based on sensors embedded in the display and what preset you select. This actually adjusts the HDR effects based on what is being displayed. In my main game for this review, Dying Light 2, I was blown away by how much the GameHDRi mode enhanced the visuals of the game. That game, in particular, makes heavy use of lighting as a key gameplay element. Stepping from inside a building out into the sunlight is breathtaking… And sunrise is almost realistically bright if looking directly towards the Sun (I had to squint at first!).

The BenQ EX3410R is also designed to be a 1000R curved ultrawide display. This is a measure of the amount of curvature in the display. The amount of curvature for this gaming monitor is 1000mm edge to edge, and is what BenQ says is the curvature that “most closely matches human eyesight”2. I was used to a less curved, 35-inch display with the same resolution. The effect the 1000R curvature had was… startling… I didn’t think this would be that much of a draw for me but, in playing Dying Light 2, I was amazed at how the curvature added a slightly 3D effect to the game. Again, this is something that might not be for everyone – in fact, BenQ recommends displays with lesser curves for people who do precision work on their computers (CAD, 3D modelling, etc.). But, for us gamers, this is a really cool bonus – especially now when gaming 3D technologies (such as Nvidia 3D Vision) are long-dead. 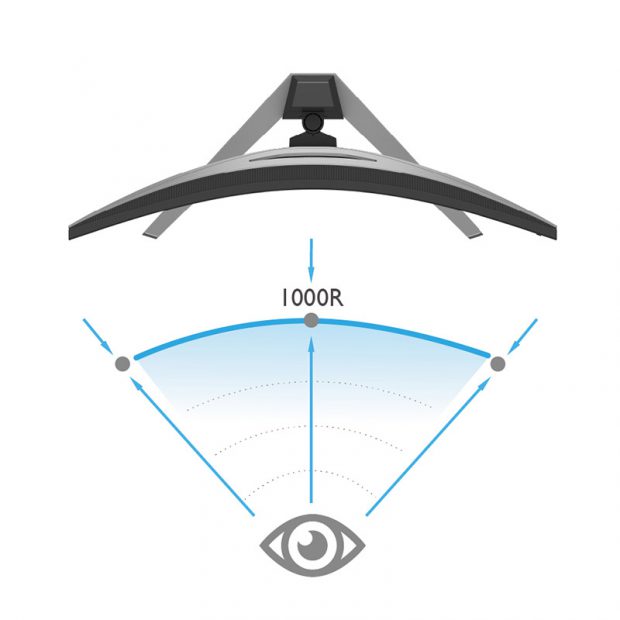 Inside the BenQ MOBIUZ EX3410R, there are two 2W speakers and one 5W subwoofer unit – all by treVolo, makers of a really cool electrostatic Bluetooth speaker 3 system (also by BenQ). The result are some VERY serviceable speakers and there are even several EQ modes to cycle through in the on-screen menu system to further tweak how games and movies sound when routed through the monitor. Obviously, a dedicated multi-channel speaker system will provide better sound but, if you just don’t have the space or budget for a system like that, you will be very pleased with the onboard sound system.

During my time with the BenQ MOBIUZ EX3410R, I played a few games with it – primarily Dying Light 2 Stay Human. Setting the display to GameHDRi mode, I was blown away by how great it looked. Now, I am also running a fast machine with an RTX 3090 GPU in it, but the monitor itself performed wonderfully in bringing all that richness to life. I also played my favorite flight sim, DCS World, using the display and really appreciated the curvature in terms of increased immersion. That 3D effect I mentioned previously was very noticeable. Aside from gaming, I played several Blu-ray movies on my computer while it was connected to the display. The CinemaHDRi mode looked awesome and I was consistently impressed with its quality. The BenQ EX3410R is capable of not only being very bright but, also, very dark. They monitor features respectable contrast capabilities and that adds alot to the HDRi features previously mentioned. Also, aside from its brightness, the monitor features 110 pixels-per-inch, which is more than adequate to make out all the details without becoming grainy. The monitor does suffer from some backlight bleeding, but it’s not too much of a detraction to take away from the gamer experience.

What Could Be Better

So, while the BenQ MOBIUZ EX3410R display is outstanding, it is not perfect. There are a couple of things which I would love to see improved upon in whatever its next generation display might be. For one thing, while there is backlighting on the monitor in the way of four LED strips, you cannot set it to change based on the colors on the display. A lot of people, myself included, are purchasing external light kits with color sensors to expand the ambient colors on the screen onto the background walls of their game rooms/offices. Having this feature built into the display would be amazing. While the backlighting can’t do that specific feature, you can change the color based on the mode the monitor is in (game, cinema, etc), but it’s just a static color. For more dynamic backlighting, there is a spectrum cycling mode which looks nice, but is mode agnostic. 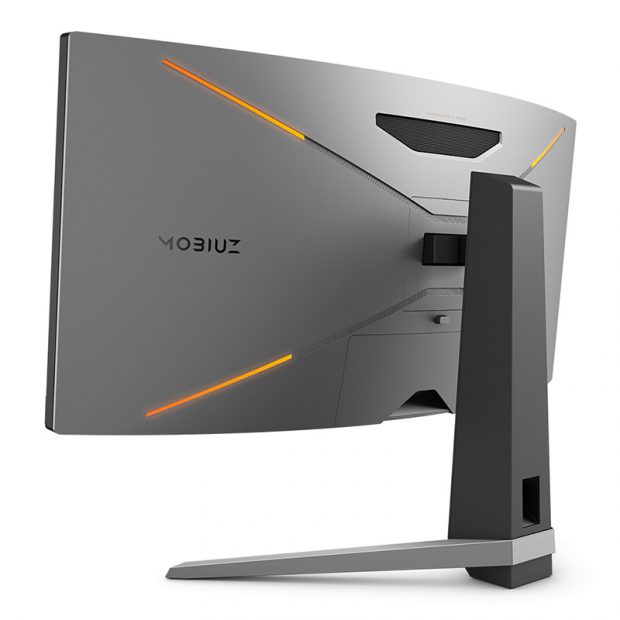 The second aspect of the BenQ MOBIUZ EX3410R that could be improved upon is its on-screen menu system. There are some confusing user interface quirks to get used to – such as some things just being grayed out and inaccessible. As I found out – most of the options of the system cannot be adjusted while in HDR mode (in HDR, you select between the HDRi presets) – and that is determined by the input source, NOT the monitor. Once I disabled HDR from the Windows display settings, I could then adjust things like brightness, etc. So, I found that I disabled HDR for doing productivity stuff (like writing this review) then re-enabled it for games, movies, etc. Thankfully, I found the included remote control to help a lot with the menu system. It makes navigation so much easier and I am glad BenQ included it!

The new BenQ MOBIUZ EX3410R ultrawide curved gaming display retails for $629.99 and is available now. Its price point, while not cheap, is on par with other gaming monitors of the same general type and it definitely is worth its weight in terms of value and pro-gamer benefit. It features excellent build quality, good HDR performance, and a fast refresh rate making it an incredible PC or console gaming monitor. 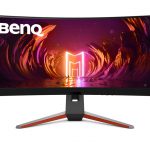