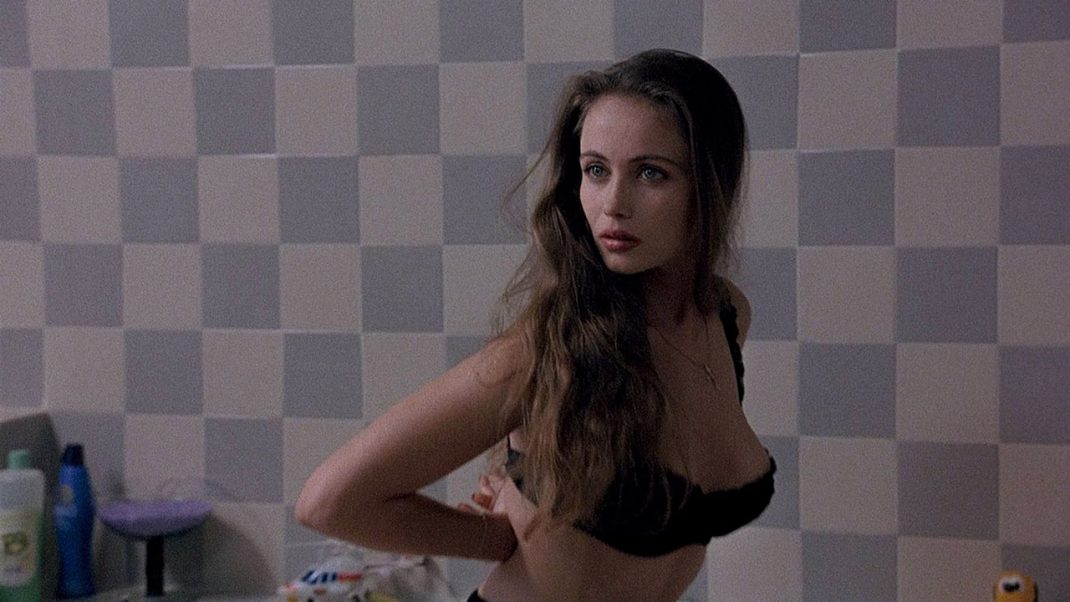 Director Scott Mansfield’s oft-overlooked slasher, Deadly Games, makes its disc-debut on February 22. In a small American town, women fall victim to an unhinged masked maniac with a fondness for board games. Each time the dice is rolled, another victim meets a grisly end. Jo Ann Harris stars as a woman that gets caught up in the killer’s sadistic games after she returns home to mourn the murder of her sister. Sam Groom and Steve Railsback co-star. Made in 1980 but not released until 1982, Deadly Games has languished in relative obscurity for the last forty years. Arrow hopes to introduce Deadly Games to a new fan base by shining a new light on this unique oddity of early ’80s horror. This release includes a brand-new 2K restoration from the original camera negative, new interviews with actor Jere Rae-Mansfield and special effects and stunt co-ordinator John Eggett. The first pressing includes a fully-illustrated collector’s booklet featuring new writing by film historian/author Amanda Reyes.

A staple of the French New Wave scene, Claude Chabrol established himself as one of French cinema’s most influential directors despite often being overlooked throughout a career spanning more than fifty years. Arrow Video is proud to give the award-winning director his just praise with the Lies & Deceit: Five Films by Claude Chabrol, a stunning 5-disc set highlighting five of the director’s best films.

Entered into the 1985 Cannes Film Festival, Cop Au Vin is a crime film set in a small provincial French town. A butcher, a doctor, and a lawyer agree to go into business with one another. But after obnoxious behavior leads to one of them ending up dead, the town’s police detective, Inspector Lavardin (Jean Poiret) shows up to investigate. Jonathan Rosenbaum of the Chicago Reader described Cop Au Vin as a “good whodunit” that is “well-crafted and satisfying.”

In 1986, Jean Poiret reprised his police detective role from Cop Au Vin in the sequel Inspector Lavardin. After a wealthy Roman Catholic writer is found dead on the beach of a small coastal town, Lavardin heads to the scene to solve the mystery. When Lavardin discovers that the victim’s widow is an old flame that he hasn’t seen in more than two decades, the investigation takes a turn. Caryn James of The New York Times praised Inspector Lavardin for the fun and charming way it plays with some of the most famous French stereotypes.

Based on Gustave Flaubert’s novel of the same name, Madame Bovary is the story of an attractive young woman (Isabelle Huppert) stuck in a lackluster marriage with a country doctor. To spice things up and escape the boredom of married life, she enters into multiple affairs, runs up countless debts, and meets a tragic end. Madame Bovary earned a 1992 Golden Globe nomination for Best Foreign Film and an Oscar nod for Best Costume Design.

Betty (Marie Trintignant) is a young, attractive alcoholic that spends her evenings hopping from bar to bar. One night she meets Laure (Stéphane Audran), an older alcoholic that decides to take Betty in and help her get her life back on track. Betty eventually becomes jealous of her new friend’s relationship and attempts to steal her lover. Famed critic Roger Ebert gave Betty three and a half out of four stars, praising the film for the way it abandons a more traditional plot in exchange for interesting characters.

Torment is the story of a man who appears to have it all before obsession drives him mad. Paul (François Cluzet) owns and runs the successful Hotel Del Lac and is married to the beautiful Nelly (Emmanuelle Béart), a woman he believes to be way out of his league. After witnessing Nelly being friendly to a handsome hotel guest, Paul becomes convinced that she’s unfaithful and begins to follow his wife. His delusion and paranoia lead to tragedy.