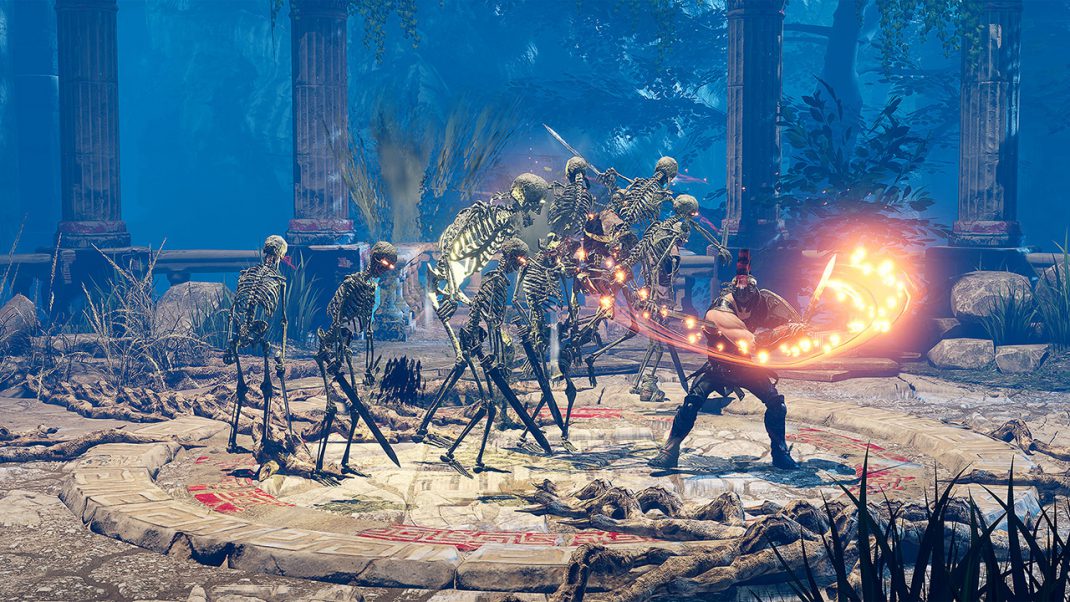 After its explosive reveal this summer, Dark Point Games is thrilled to announce that Achilles: Legends Untold will have a closed Beta starting January 27th.

During the beta, players can relive the battle at the gates of Troy, facing legendary warriors like Hektor, Paris and a slew of mythological menaces. While, according to the Iliad, Achilles was at the peak of his unquenchable desire for fame, this battle is only the opening chapter of his untold stories.

The combat in Achilles: Legends Untold brings a unique isometric approach to traditional Souls-like gameplay. Learning enemy movements and timing your attacks will be key, while Dark Point Games also added devastating special abilities like the shield toss to overwhelm enemies with Achilles’ raw power. This way, Achilles: Legends Untold may be enjoyed by souls veterans and new players alike.

The gameplay features satisfying and skill-based combat, RPG elements, and resource management. Collect raw materials to bring to the forge to create new deadly weapons and sturdy shields to take Achilles to the peak of his power. As you watch Achilles become stronger and more ferocious with each ability you pick up, you as the player will also have to adapt to the world, as Achilles is not the only one picking up new tricks along the way.

Achilles: Legends Untold features the innovative GAIA system, which means the AI characters’ actions feel lifelike and work together in unpredictable ways. Experience immersive battles in which monsters adapt to your playstyle, try different strategies or create ambush scenarios, all driven by this contemporary, in-house-designed system.

Achilles: Legends Untold is aiming for an EA Release in Q2 of 2022 on PC.