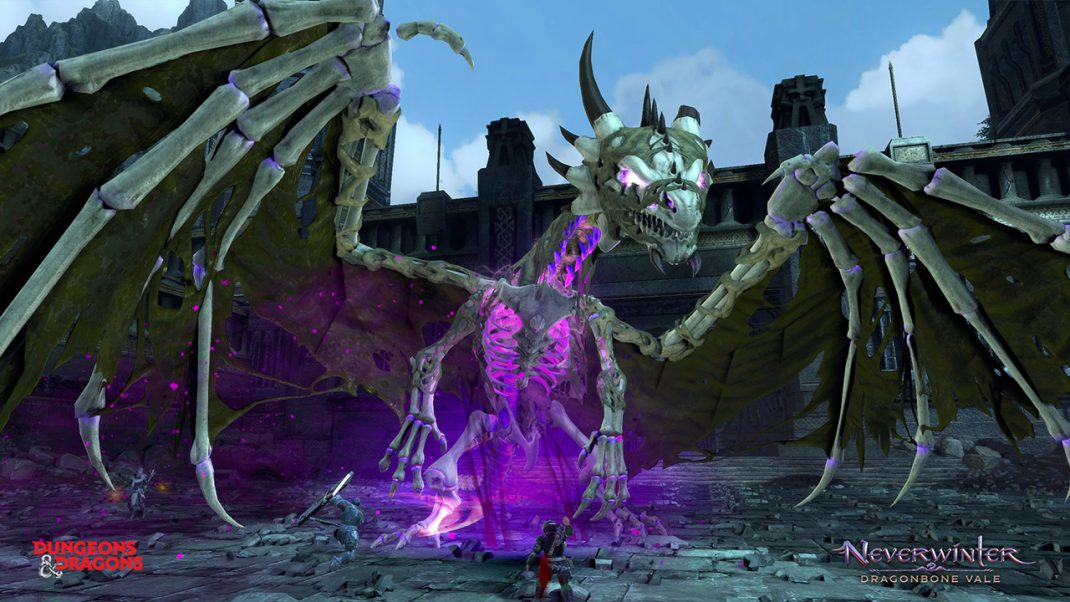 Today, Perfect World Entertainment Inc., a leading publisher of online games, and Cryptic Studios announced that Neverwinter’s 22nd module, Dragonbone Vale, is now available on PC (Arc Games, Epic Games Store and Steam), and will launch on PlayStation and Xbox consoles on February 8. The latest module for the free-to-play Dungeons & Dragons® MMORPG marks the return of the game’s main antagonist, Valindra Shadowmantle, as she’s joined forces with the Cult of the Dragon in the Sword Mountains to bring undeath to dragons across Faerûn. In addition to familiar foes coming back to Neverwinter, the module introduces plenty of new content for adventurers, including a new adventure zone that brings brand-new grappling hook traversal mechanics and a new faction reputation system to earn rewards, a new 10-player trial featuring Valindra, new heroic encounters, and more.

Adventurers can expect even more content to enjoy in Neverwinter, as an additional content update bringing a new Epic Adventure, Scaleblight Mythal, will soon be available for players to experience the ending of the Dragonbone Vale story, and it will offer a new region in the Sword Mountains to explore. Adventurers will have access to this content on PC beginning February 8 and on consoles starting March 8.

In Dragonbone Vale, the evil lich Valindra Shadowmantle has returned to threaten the Sword Coast alongside the Cult of the Dragon, who have come to possess an ancient artifact with the potential to amplify their foul rituals of undeath. Under the leadership of famed wizard Elminster Aumar, the brave Heroes of Neverwinter will need to work with the allied factions of Protector’s Enclave, to reclaim the Dragonbone Vale and put a stop to the Cult’s plans.

Neverwinter is a free-to-play action MMORPG featuring fast-paced combat and epic dungeons. Players explore the vast city of Neverwinter and its surrounding lands, learning the vivid history of the iconic city in the Forgotten Realms and battling its many enemies. Neverwinter is available on PC and is free to play digitally on Xbox One (Xbox Live Gold membership not required) and PlayStation®4 (PlayStation®Plus not required).