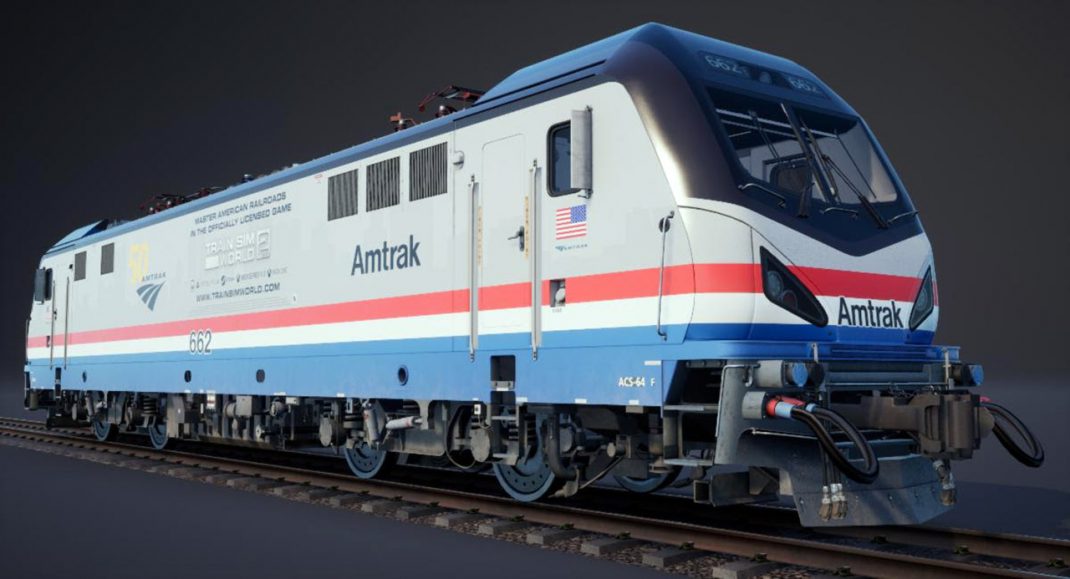 Dovetail Games today announced that they have collaborated with famed railroad company, Amtrak, to commemorate the 50th Anniversary of the American passenger rail carrier. To celebrate the milestone, Amtrak has wrapped one of their modern ACS-64 electric locomotives in a custom version of the historic Phase III livery as applied to AEM-7 locomotives throughout the 1980s. The wrap is sponsored by Train Sim World 2 and is on locomotive #662, running on services in the Northeast Corridor, which includes stops in Boston, MA and Providence, RI throughout the rest of its Anniversary year. 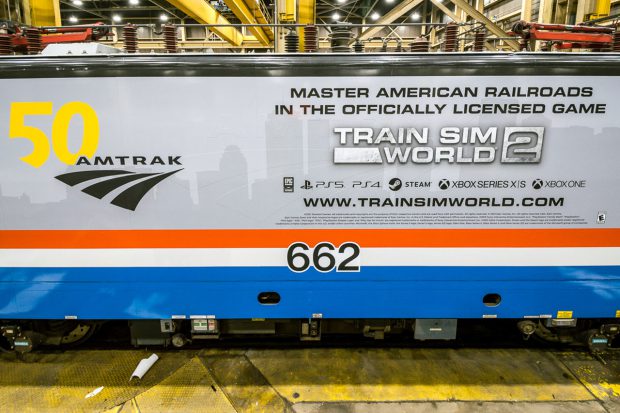 ”This year we painted six diesel locomotives to commemorate our fifty years of service as America’s Railroad,” said Doug Duvall, Amtrak’s Assistant Vice President of Corporate Communications, “We are honored to collaborate with Train Sim World 2 to bring a special livery to an electric locomotive that fans, employees and passengers in the Northeast can enjoy.”

Additionally, Dovetail Games will be releasing an update for Train Sim World 2 on PC via Steam and the Epic Game Store, PlayStation®4, PlayStation®5, Xbox One, and Xbox Series X|S. The Boston Sprinter route, part of the Rush Hour series, will receive a free update allowing players to operate the ACS-64 with this custom 50th Anniversary livery in-game as they traverse the Northeast Corridor.

“Amtrak is one of the most iconic American passenger services and it’s exciting to be able to realize a long-term dream of ours to collaborate with them on a real world livery,” said Dovetail Games VP of Marketing Keith Anderson, “Railfans can enjoy seeing this both as they travel in the real world on the locomotive and virtual with Train Sim World 2.”

For more information on Train Sim World 2, visit www.trainsimworld.com and follow the game on Twitter @trainsimworld, Instagram @trainsim, and Facebook @trainsimworld. Keep up with all the latest simulation news from Dovetail Games at https://live.dovetailgames.com/. This title is rated “E for Everyone” by the ESRB.