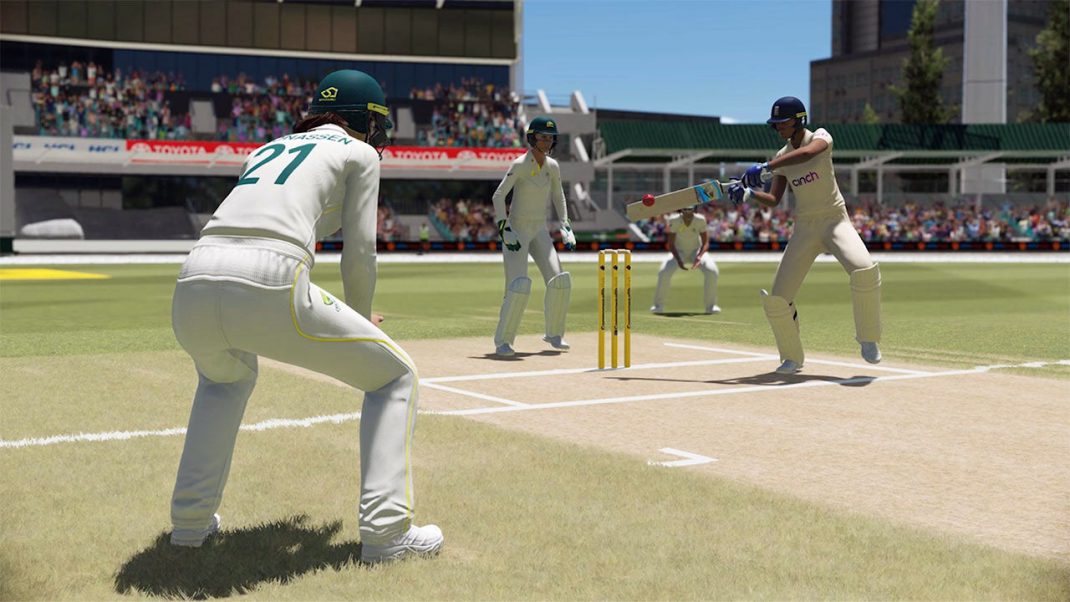 Cricket 22 is Out Now with Official Launch Trailer

Big Ant Studios and Nacon, in collaboration with the England and Wales Cricket Board and Cricket Australia, are thrilled to announce that the long-awaited Cricket 22: The Official Game of The Ashes is available now, on PC, PlayStation 5 and 4, Xbox Series X/S and Xbox One.

Cricket 22 builds on Big Ant Studios’ celebrated cricket simulations over the past decade, while adding a next generation level of polish to the experience. With 4K resolution graphics for the first time, an advanced new visual engine, a narrative-driven career mode, and the broadest suite of licenses and gameplay modes in a cricket game to date, Cricket 22 gives all fans of cricket the ability to experience their sport in their way.

“We’ve loved building a cricket game for the new generation – the creative opportunities that it has afforded us has really helped elevate Cricket 22 to the next level,” Ross Symons, CEO of Big Ant Studios, said. “From the licenses through to the all-new career mode and commentary team, we’ve worked hard to ensure that this game will surprise and delight veterans and new players alike.”

In addition to playing along with the excitement of this year’s Ashes contest, cricket fans will be able to enjoy Australia’s Big Bash T20 competition, the hugely innovative new competition in England and Wales, The Hundred, the tropical party of the CPL in the Caribbean, and take to the international field of battle with fully-licensed teams from Australia, England, The West Indies, New Zealand and Ireland.

In keeping with Big Ant’s commitment to equality and equal representation, both the Men’s and Women’s games have been fully featured across all of Cricket 22.

“Big Ant Studios has once again delivered the best cricket simulation out there and we’re excited to see the game help cricket reach new audiences this summer.

“It’s also wonderful to see more competitions and broader representation in Cricket 22, reflecting everything that’s great about our national game which prides itself on being a sport for all.”

Cricket 22 for Nintendo Switch will be available in January 2022. Big Ant Studios is well known for actively supporting its games long beyond release, and players can expect similar support for Cricket 22, with a robust roadmap of activity to be made public in the coming days.