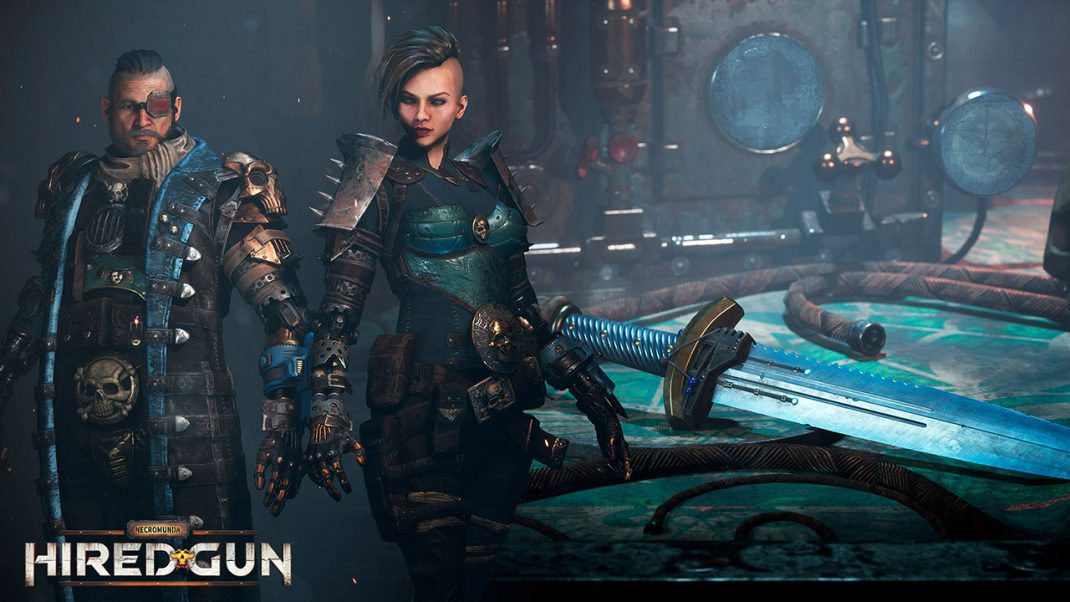 Streum On Studio and Focus Entertainment are pleased to release the “Gang Wars” Cosmetics Bundle for Necromunda: Hired Gun, the fast-paced FPS set in one of the deadliest hive cities of the Warhammer 40,000 universe. You can now embody your favorite Necromunda gang with three new sets of skins.

The “Gang Wars” Cosmetics Bundle, available now, contains three new cosmetic sets with different looks for your outfit, knife, loyal cyber-mastiff, and chew toy. Each set is themed around the Escher, Goliath or Nautica gangs. Pick a side or die alone — there’s no in between.

With the recently released free “Hellhound” pack, players can add yet another set of skins as they eliminate high-value targets to further augment their deadly bodies. The cosmetic pack comes with unique looks for your knife, outfit, and mastiff.

Necromunda: Hired Gun is 38% off on Steam for a limited time. The game is also available on PlayStation®5, Xbox Series X|S, PlayStation®4, and Xbox One.